Home » Lifestyle » George Clooney and Julia Roberts’ new movie was filmed here, but will Bali get the benefit?

A stunning tropical island with drop-dead gorgeous beaches, warm turquoise sea, rainforests, spectacular sunsets and warm-hearted locals with an exotic culture. Add in the star power of George Clooney and Julia Roberts, who play a long-divorced couple trying to save their daughter from a hasty marriage, and it’s easy to imagine the Hollywood romantic comedy Ticket to Paradise driving a tourism boom in Bali, where the film is set, when it opens around the world.

The only problem? Bali isn’t where the film was shot. 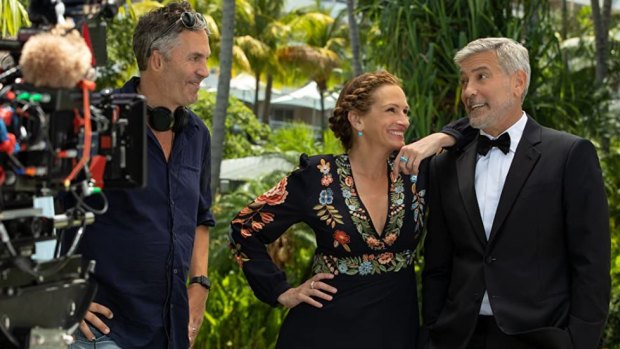 Director Ol Parker with Julia Roberts and George Clooney on the set of Ticket to Paradise.Credit:Vince Valitutti / Universal Pictures

Hollywood romance Eat, Pray Love, which also starred Julia Roberts, inspired tourists to visit the island more than a decade ago. Just as The Lord of the Rings and Hobbit trilogies have done in New Zealand, the Harry Potter movies have done in the United Kingdom and Game of Thrones has done in Northern Ireland.

But with Bali closed to filming during the pandemic, British director Ol Parker (Mamma Mia! Here We Go Again) largely shot Ticket to Paradise in Queensland while Australia was one of the world’s most COVID-safe locations … and, handily, offered handsome tax breaks.

So if the film is a hit, will Australia miss out on any lucrative tourism boost that results?

Ticket to Paradise’s Australian producer, Deborah Balderstone (Palm Beach), believes audiences will know where the romcom was shot, both from Clooney and Roberts talking about Queensland in international interviews and a mention in the end credits. The state’s tourism and events agency is also running a publicity campaign to push the message.

But there is a complication. The main shoot, shut down by COVID-19 cases late last year then restarted early this year, took place at Hamilton, Long and Haslewood islands in the Whitsundays, the Gold Coast and hinterland, Moreton Island and Brisbane. But Balderstone says a crew also shot scenery in Bali when it reopened that was incorporated into the movie.

“There are some scenes that, via CGI, we’ve been able to integrate real footage from Bali,” she says.

Balderstone hopes both places benefit from any tourism spin-off. 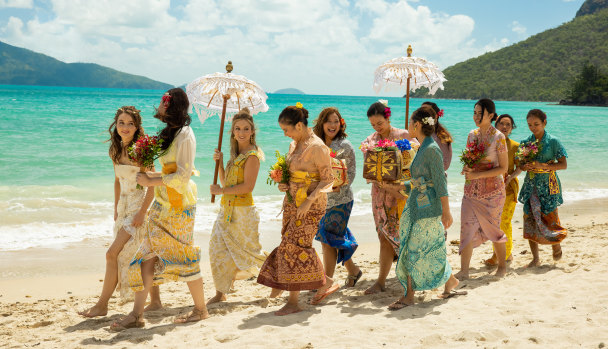 Expected to inspire tourists to visit: beach scene in Ticket to Paradise.Credit:Universal Pictures

“The feedback we’re getting from everybody, particularly from people who know Bali well, is that it does feel like you’re in Bali,” she says. “But, having said that, most people will know it was shot in Queensland so [the state] will benefit enormously.”

While the financial benefits are impossible to quantify without seeing the budget, the Australian investment in Ticket to Paradise included a federal government grant of $6.4 million on top of the 16.5 per cent tax rebate under the location offset scheme, with additional funding from Screen Queensland, the City of Gold Coast and, for visual effects work, the NSW government.

But Balderstone points out that Australia has already benefited from attracting the movie.

While salaries for the overseas stars, director, screenwriters and producers would have been a substantial chunk of the budget, the production had to spend big in Queensland on other cast and crew wages, construction, location and equipment hiring, costumes, accommodation, travel, catering and other essentials. 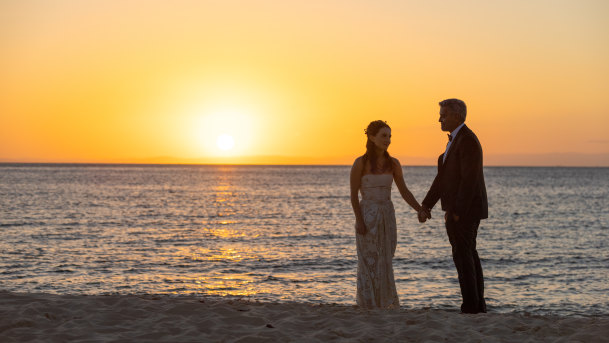 It created jobs during the pandemic, added to crew skills from working with Hollywood talents and hired trainees to bring new blood into the industry. Balderstone says a successful shoot in challenging conditions, with all the international visitors having to quarantine for two weeks, added to the country’s reputation as a filming location. 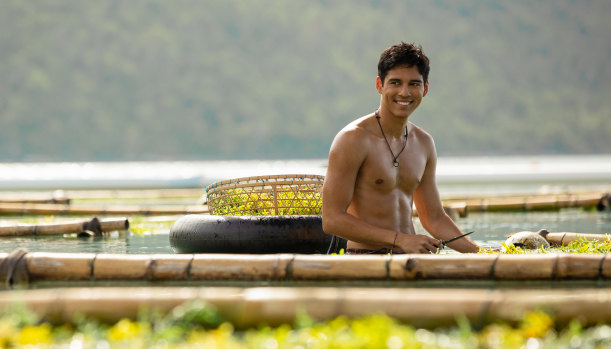 The chief executive of Screen Queensland, Kylie Munnich, calls Ticket to Paradise “a lovely feelgood film” and hopes it will be a huge success around the world.

It was expected to employ 215 mostly Australian crew and cast and spend $42 million in the state, though those numbers are believed to have risen substantially during shooting.

“Queensland often stands in for other locations, as we did in Thirteen Lives for Thailand,” Munnich says. “And Queensland got right behind this project because we realised what a benefit it was, not only to have Working Title and Universal back here but the director, the leads and the attention we knew it would place on us.”

Now whether that attention delivers romantically minded tourists and destination weddings to Bali or the Whitsundays remains to be seen.

Ticket to Paradise is in cinemas now.