Granny chic! Influencers and style gurus go wild over Marks & Spencer’s £29.50 cable knit cardigan on social media – and vow to buy one in every colour

Influencers and social media stars are going wild over a cable knit cardigan from Marks & Spencer – with some saying they’re rushing to the shops to snap up the jumper.

Instagram users from around the UK have been sharing snaps as they pose in the trendy knitwear.

The cardigan, which costs just £29.50, comes in a range of colours to suit all tastes, including a bright fuscia, a pastel green and a soft cream.

Dozens of customers praised the cardigan online, with some insisting they wanted it ‘in every colour’ while others called it ‘so pretty’. 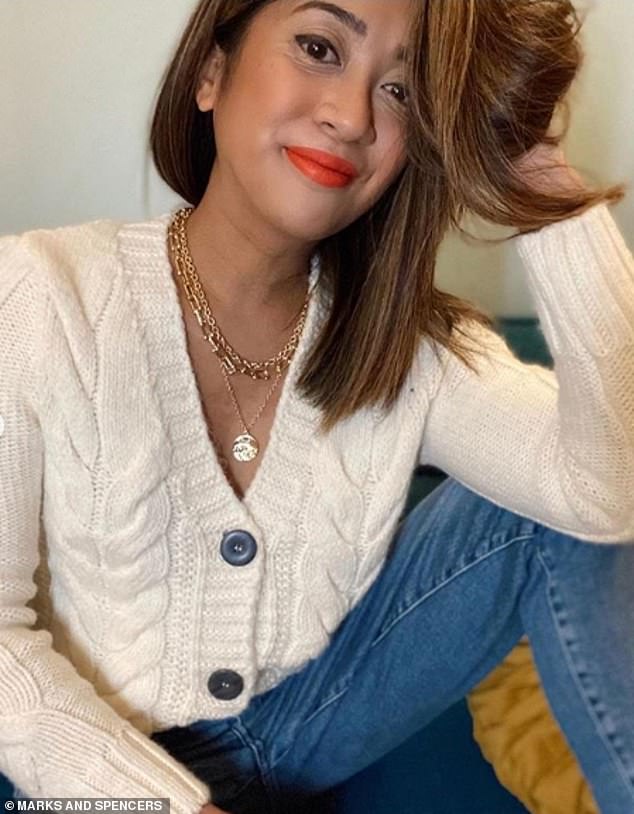 Social media users from across the UK have been going wild over a cable knit cardigan from Marks and Spencer, including M&S insider Sam Briones, of Aberdeen, who wore her knitwear tucked into jeans 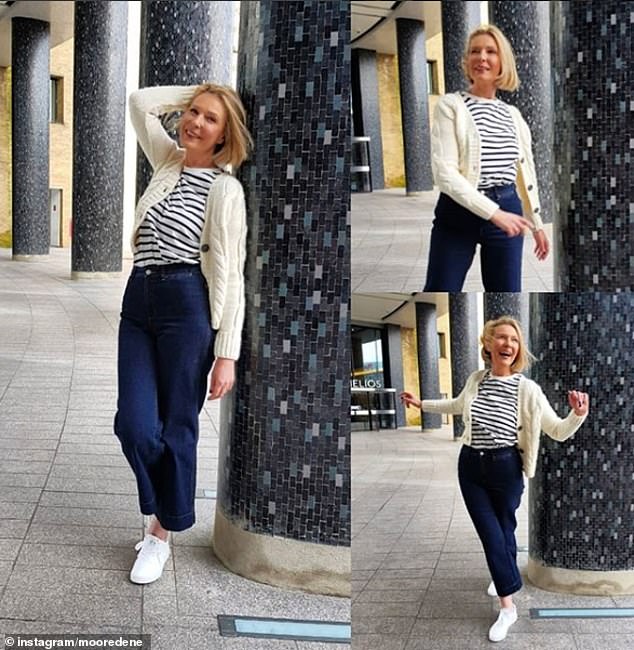 Meanwhile Dene Moore, from London, showed off her styling of the cardigan, which she paired with chunky white trainers and a breton top 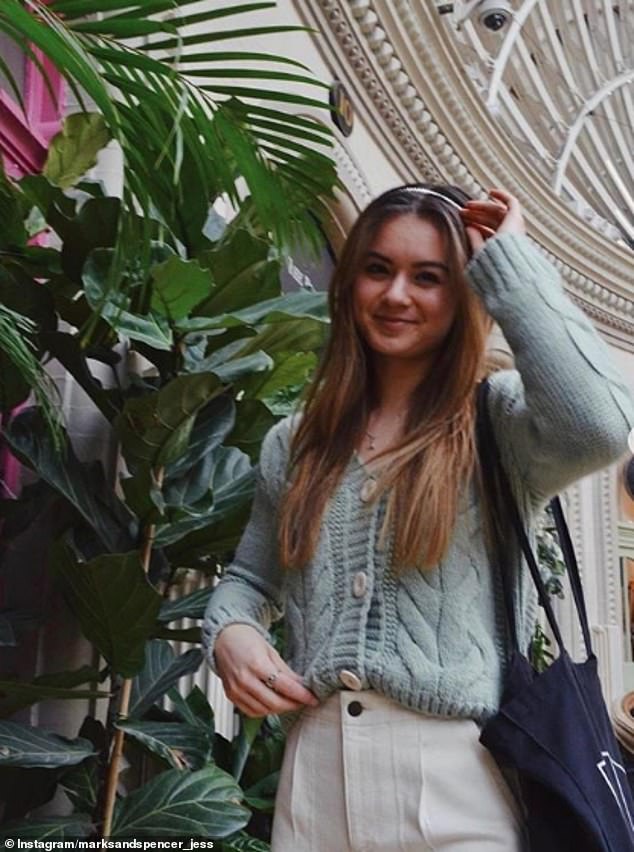 Meanwhile Jess Clarkson, who works as a Customer Assistant at M&S in Leeds,  opted for a trendy pastel green version of the piece

The cable knit v-neck cardigan is cropped, with the shorter length of the knitwear ideal for layering it over dresses.

The knitwear features a low, v-neck style with three buttons down the front, making it ideal to throw on over an outfit or wear on it’s own as a top.

Meanwhile the ribbed trim at the cuffs and hem finishes the look and keeps the jumper feeling cosy.

Fortunately for fashion fans, the cardigan is only sold out in the small size of the white version of the knit. 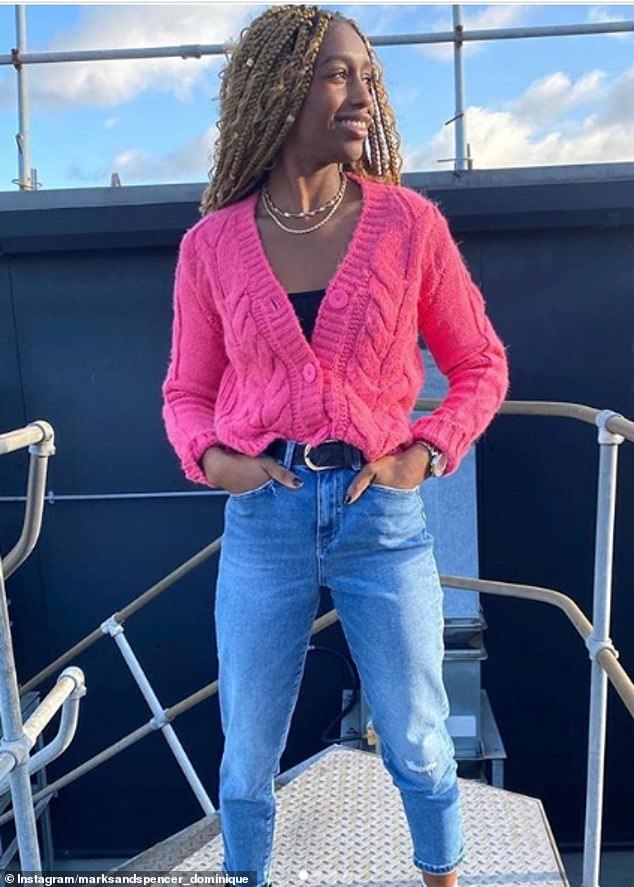 Meanwhile M&S Insider Dominique, from Leeds, showed off the bold and bright pink version of the cardigan on her Instagram page 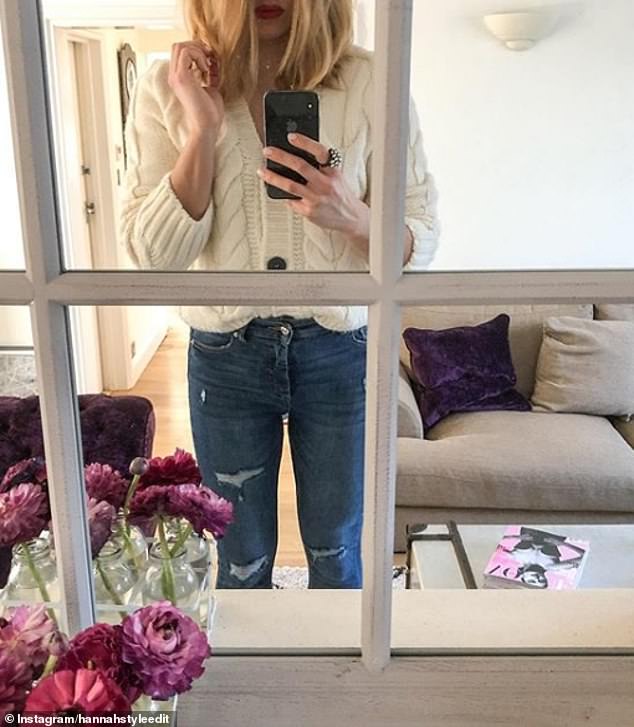 The other colours – including a soft grey, pastel green and bright fuscia – are still available to buy online in all sizes.

M&S insider Sam Briones, of Aberdeen, wowed her Instagram followers when she posed in the white cardigan.

She paired the trendy piece with comfy denim jeans and added a touch of glamour with a pop of bright lipstick and glitzy gold jewellery.

Sharing the snap online, she wrote: ‘I’ve paired this lovely new item with some MOM jeans and thrown in some gold necklaces as a finishing touch.’ 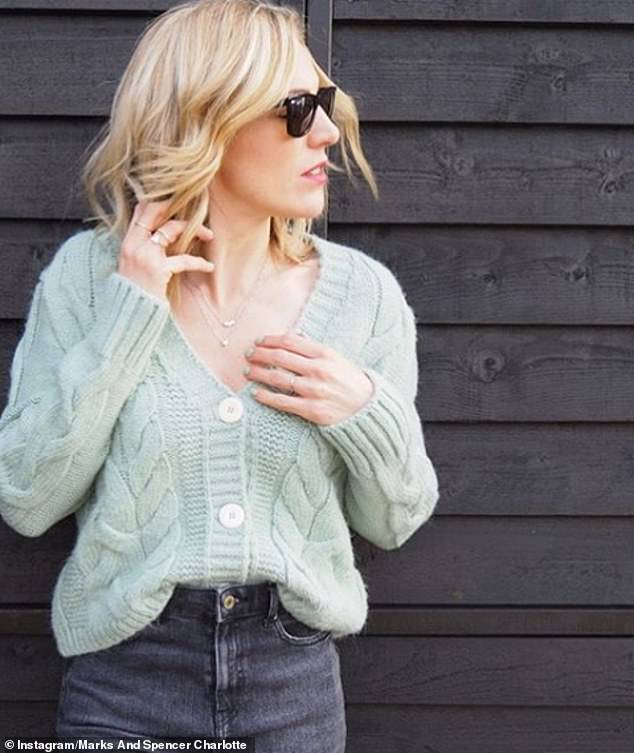 Meanwhile others also showed off their take on the cardigan, including London-based fashion blogger @hannahstyledit, who posted her own version of the outfit, writing: ‘Casual Mondays.’

And Dene Moore, from London, also paired her chunky knit with a pair of denim jeans.

She delighted her Instagram followers when she threw the piece on over a trendy breton top, finishing off the outfit with a pair of chunky white trainers.

Social media users heaped praise on the trendy cardigan, with some calling it ‘so pretty’. 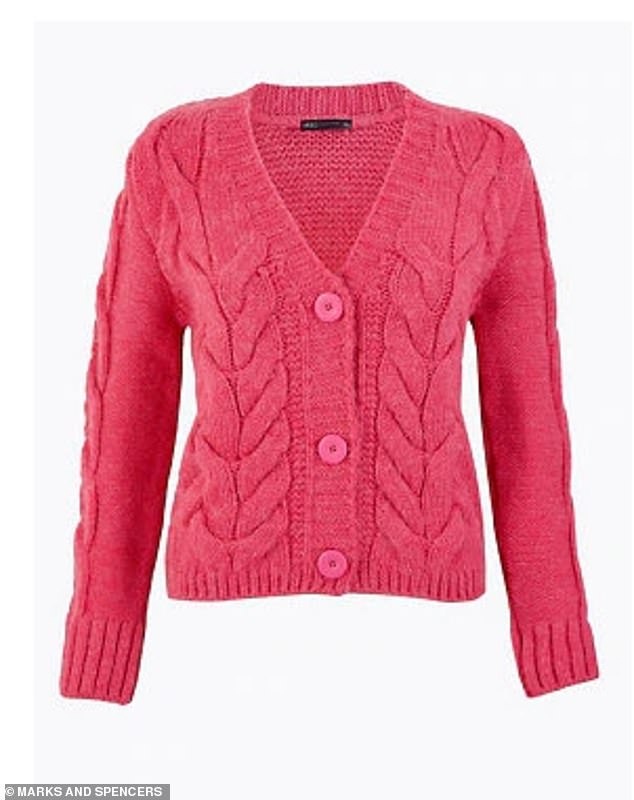 The cardigan, which is available in four different colours, features a trendy cable knit style and a cool cropped hem 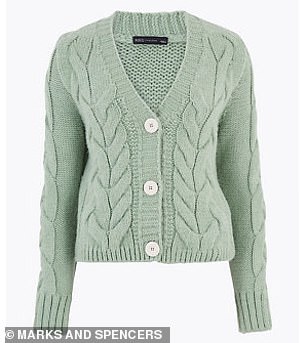 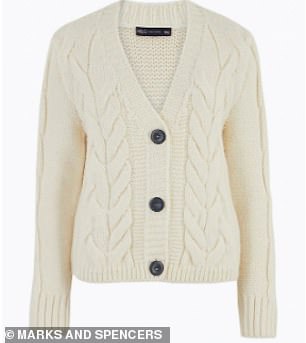 The knit, which is also available in a soft pastel green and a chic monochrome cream style, costs just £29.50 and is wowing shoppers online

One commented: ‘Need these! Gorgeous.’

Another added: ‘I love it in every colour.’

One tagged a friend, writing: ‘That cream one would look amazing on you, with a wee vest top and tucked into your jeans.’

‘The sage one looks super pretty,’ another user commented.

One posted a series of heart-eye emojis, writing: ‘I need this cardi, the green one.’ 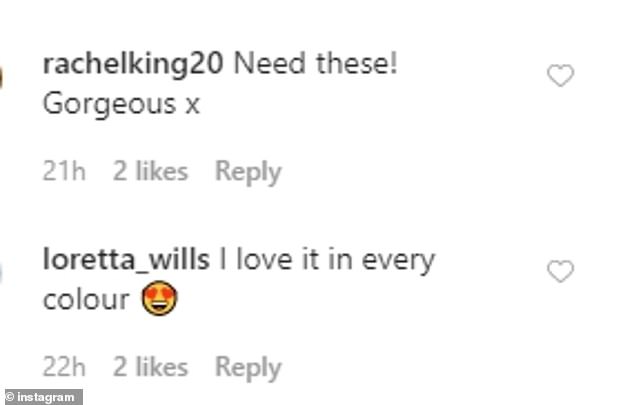 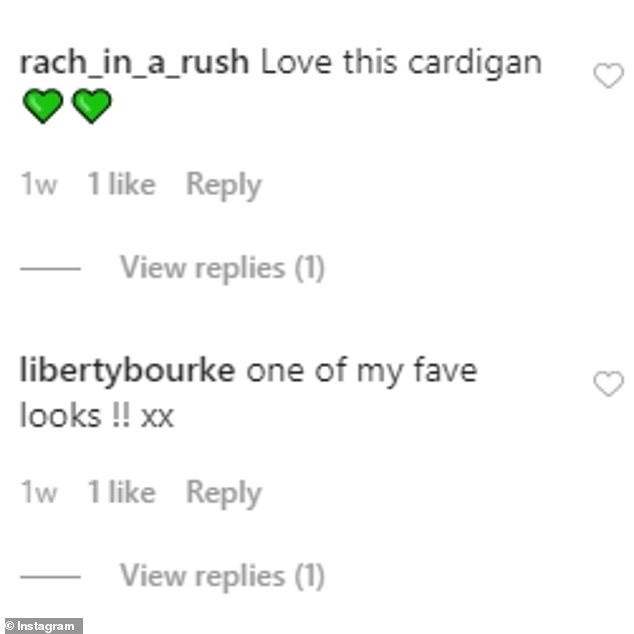 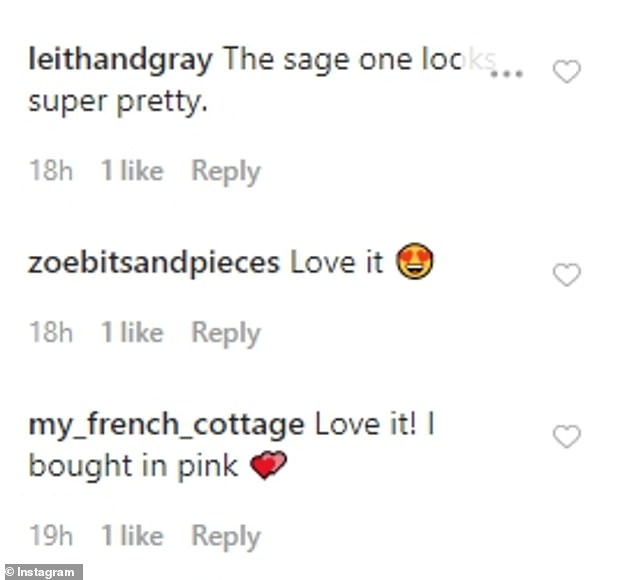 Shoppers have taken to Instagram to rave about the cardigan, with some saying they ‘need’ the chunky knit in their spring-time wardrobe