GRANT SHAPPS: Collusion has become a weapon to ensure maximum damage from strikes

Many of us are too young to remember the era of beer and sandwiches at No10 –that period in the 1970s when the union barons bestrode the national stage and were regular guests in the official seat of power.

Hugh Scanlon, Joe Gormley, Jack Jones. These were household names in those days of soaring inflation and increasingly moribund industry, their influence on politics and the economy taken for granted.

Implacable foes of the Conservatives, the great unions were the puppet masters of the Labour Party, their huge donations and vast block votes wielded at party conferences, ensuring that when they spoke Labour prime ministers Harold Wilson and James Callaghan sat up and took notice. 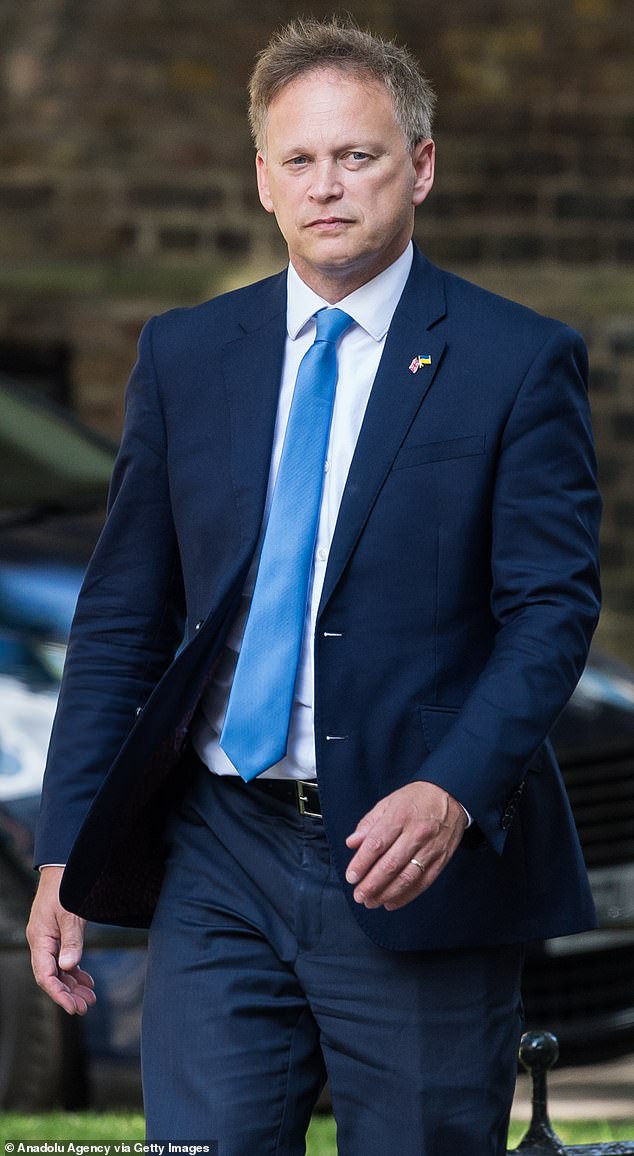 Grant Shapps (pictured) says we cannot allow Mick Lynch and his allies to once again subvert this precious freedom for political ends. His is a siren voice, leading us on to the rocks

Mick Lynch, general secretary of the biggest rail union, the RMT, makes no secret of hankering after those long-gone days and the power his predecessors wielded. Britain may have been an economic basket case, but it was a union-dominated basket case.

And in the universe inhabited by Mr Lynch that is all that matters. Now, almost half a century later, Mr Lynch and others in the union movement and on the political Left spy an opportunity.

The aftershocks of the pandemic and current energy crisis caused by the war in Ukraine are not creations of the Conservatives, but he intends to exploit the fear generated by soaring energy bills to stoke up social and industrial unrest and force political change.

For him, the strike is a political weapon – and for that weapon to work it must involve collusive action with other unions to ensure maximum disruption.

We cannot allow this to happen. I have proposed 16 measures to combat unjustified strike action, including mandatory ballots for each and every stoppage (not the six-month window for multiple strikes currently in force), raising the requirement for strike yes-votes in vital public services to 50 per cent, and extending the notice period for industrial action from two to four weeks.

But we need a 17th rule; one banning synchronised strikes that are clearly the product of collusive action by different unions. It would be for a court to decide if proposed industrial action meets this test. 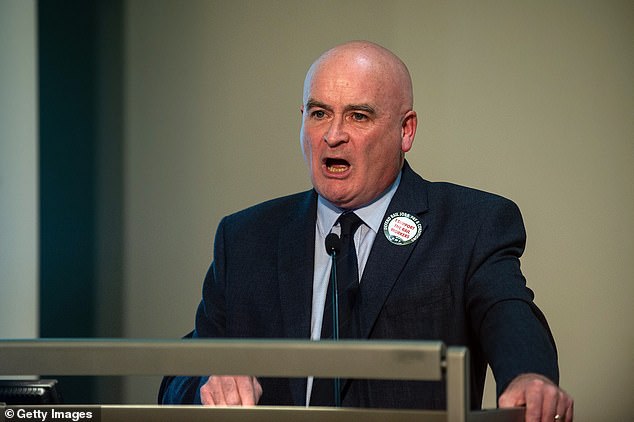 The RMT is already coordinating strikes with the train drivers’ union, Aslef. Both unions will strike on September 15 and the RMT again on September 17. Knock-on effects mean rail disruption in varying degrees will stretch over numerous days. But Mr Lynch’s ambition is greater.

When voting for potential industrial action, RMT members may have thought they were engaged in a struggle for better pay. They have been offered that, but Mr Lynch has decreed that they should not be allowed to vote on accepting the offer.

That’s because, in his dreams, he wants his members to be the shock troops of a general strike stretching across all sectors of the economy. And he doesn’t even attempt to hide it.

Dusting off the socially divisive language of another age, he recently stated: ‘We refuse to wait for politicians… They act in their class interests. It’s time for us to act in our class interests. 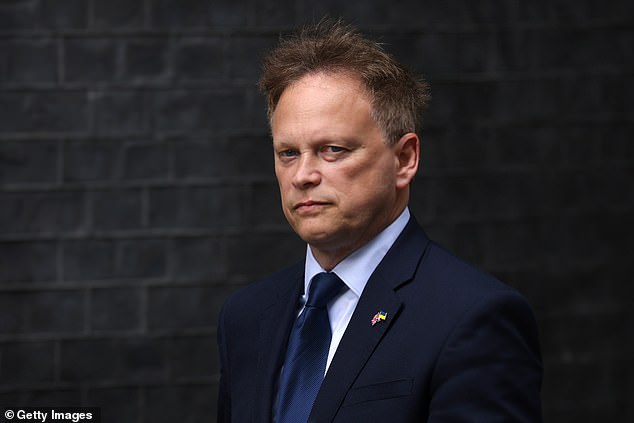 Grant Shapps (pictured) says he has proposed 16 measures to combat unjustified strike action, including mandatory ballots for each and every stoppage

‘We are going to organise every sector of our class… Convert that into a wave of solidarity and industrial action across Britain… If we fight together, we are an unstoppable force in society.’

Mick Lynch and his allies want a divided Britain in which wage demands will be met with no regard to the destructive inflation they will inevitably stimulate and prolong.

These are truly tough times and we need to protect those most vulnerable to fuel poverty this coming winter. But does any serious person believe chronic, politically motivated industrial action is the answer?

The 16 measures on curbing unjustified industrial action have been supported by both candidates in the Conservative leadership contest. I believe this additional restriction preventing collusive strikes must be at the top of the new prime minister’s in-tray.

The right to strike is a fundamental ingredient of our liberty. But it is there as a last resort in cases of genuine grievance. We cannot allow Mick Lynch and his allies to once again subvert this precious freedom for political ends. His is a siren voice, leading us on to the rocks.