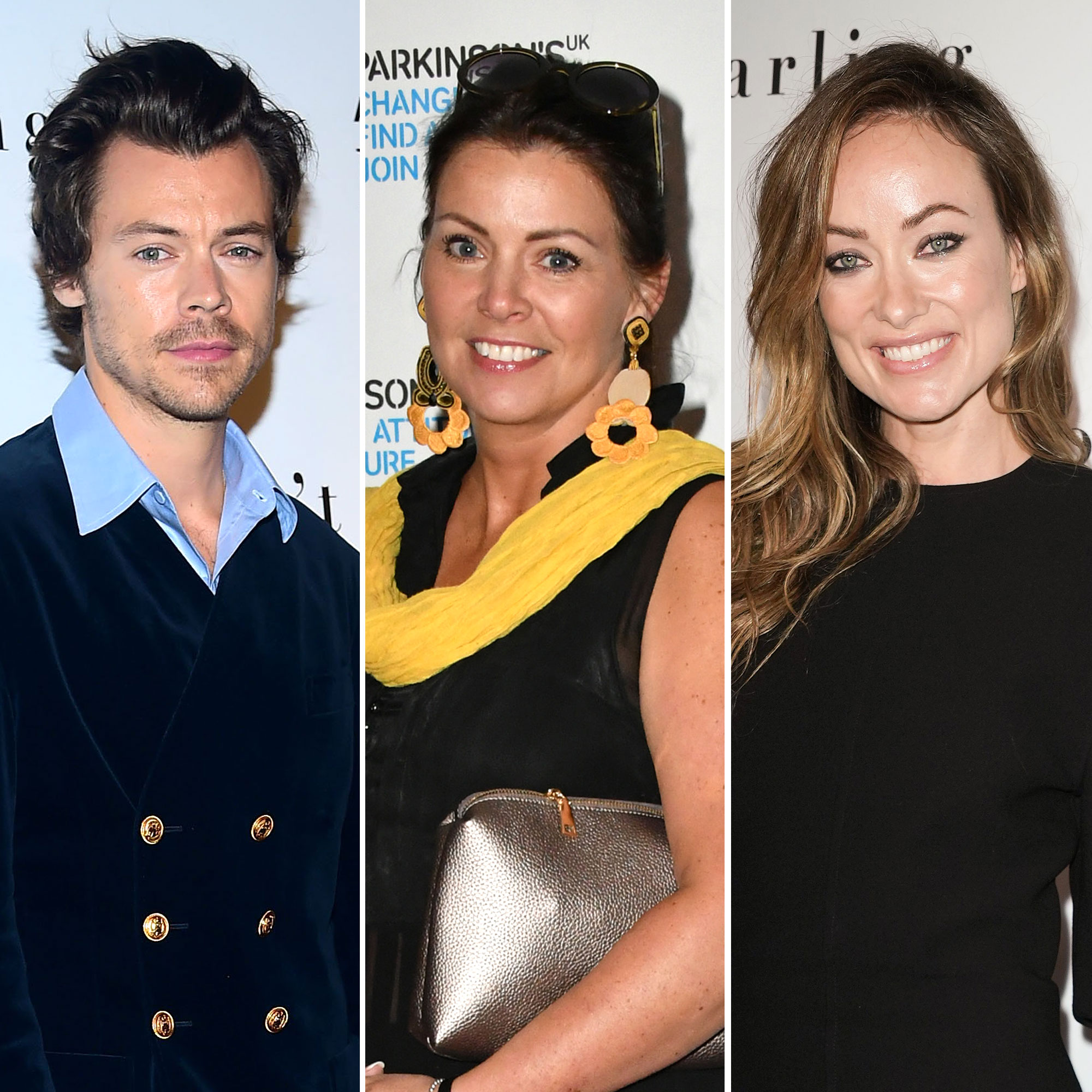 Proud mama! Anne Twist is giving her review of her son Harry Styles’ new movie Don’t Worry Darling — not to mention her take on the film’s director, Olivia Wilde.

“‘Don’t Worry Darling’ you were excellent!” Twist, 54, wrote via Instagram on Wednesday, September 21, accompanied by photos of her and her friends in France giving a thumbs up. “Really enjoyed from start to finish.”

The U.K. native also gave a gracious nod to the director and girlfriend of her son, Wilde, 38. “Well done @oliviawilde and team for drawing us in,” Twist continued, adding how the “Watermelon Sugar” singer, 28, was a “fabulous” leading man, alongside his costar Florence Pugh. “Very proud as usual,” she concluded her post.

Wilde, who announced her separation from fiancé Jason Sudeikis in November 2020, went public with her relationship with Styles in January 2021 after they met on the set of the psychological thriller. While their romance garnered its fair share of headlines, the behind-the-scenes drama and release of Don’t Worry Darling was like a movie in and of itself. 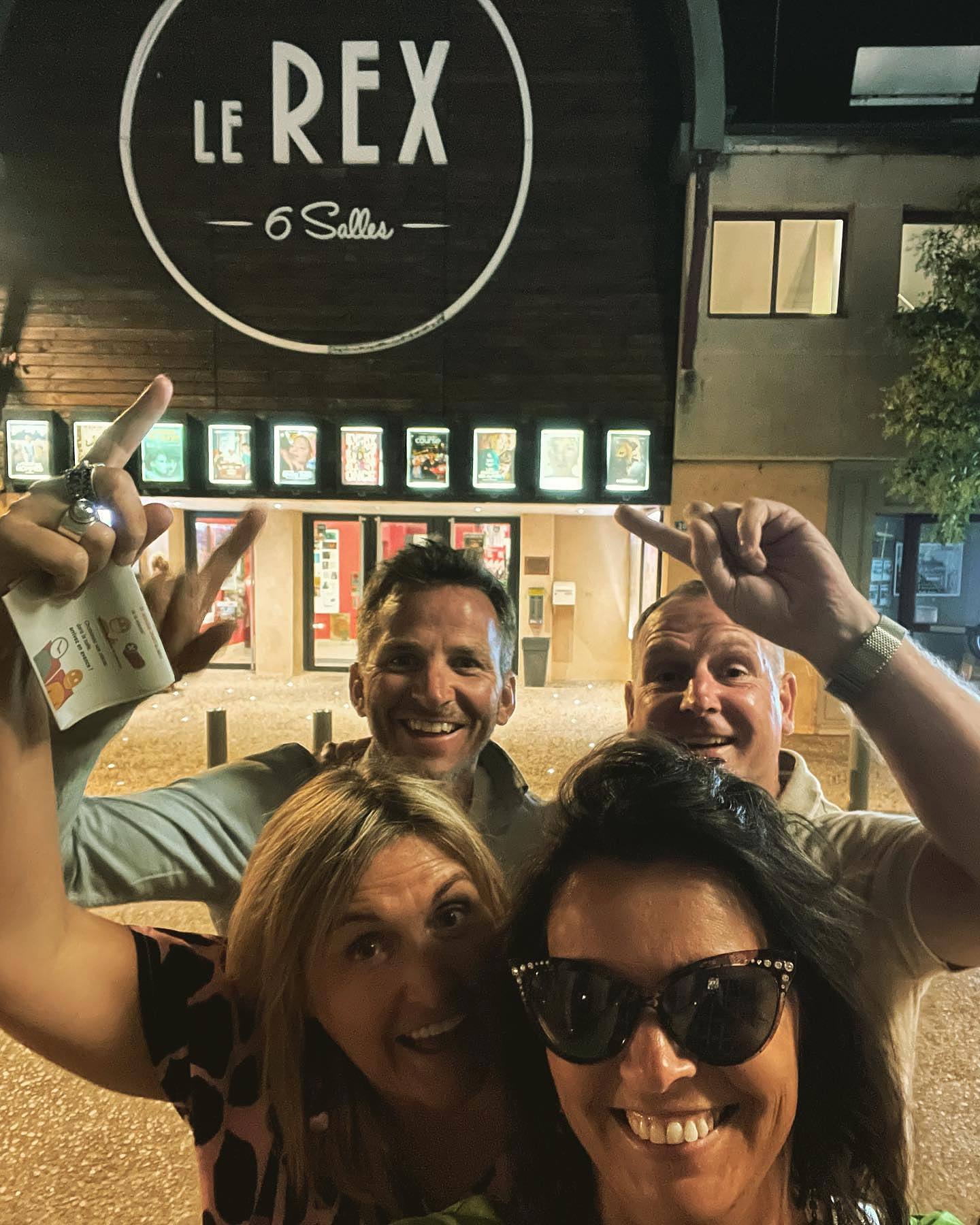 During the world premiere of the flick at the Venice International Film Festival earlier this month, social media went berserk over a video that ostensibly showed the “As It Was” singer spitting on his costar Chris Pine.

After much speculation went down online, Wilde finally addressed “Spitgate,” shutting down the rumors about her beau.

On a Wednesday episode of The Late Show With Stephen Colbert, the O.C. alum brought up the various fan theories as an example of people “look[ing] for drama anywhere.”

Host Stephen Colbert, however, continued to push the Booksmart director about exactly what happened in the clip.

“Did Harry Styles spit on Chris Pine, why or why not? Support your answer,” the Washington D.C. native, 58, asked, to which the New York native replied, “He did not! Harry did not spit on Chris.”

“Only time will tell,” the Daily Show alum sarcastically quipped, to which Wilde assured, “He really didn’t!”

The Drinking Buddies actress isn’t the first member of the Don’t Worry Darling cast and crew who commented on the “Spitgate” drama. After the video made the rounds online, a representative for Pine, 42, denied the claims.

“This is a ridiculous story — a complete fabrication and the result of an odd online illusion that is clearly deceiving and allows for foolish speculation,” the Star Trek star’s rep said in a statement to Us Weekly shortly after the incident. “Just to be clear, Harry Styles did not spit on Chris Pine. There is nothing but respect between these two men and any suggestion otherwise is a blatant attempt to create drama that simply does not exist.”

Styles, for his part, made light of the situation during his September 7 concert at Madison Square Garden.

“Wonderful to be back in New York, I just popped very quickly to Venice to spit on Chris Pine,” the Brit joked on stage. “But fraught not, we’re back and our job tonight is to entertain you and I promise, we are going to do our absolute very best.”

Rob Kardashian 'In A Really Great Place' As He Commits To Healthier Lifestyle!

Curse of the Pharaohs: Egypt ignores ancient warning as mummies moved through Cairo