Years after Selena Gomez once called Chris Evans her celebrity crush, fans have speculated whether the two actors are dating.

While neither the Rare Beauty founder, 29, nor the Avengers: Endgame actor, 40, has publicly commented on the fan theories, eagle-eyed social media sleuths have shared several clues on Twitter and TikTok that seemingly allude to a new Hollywood coupling. 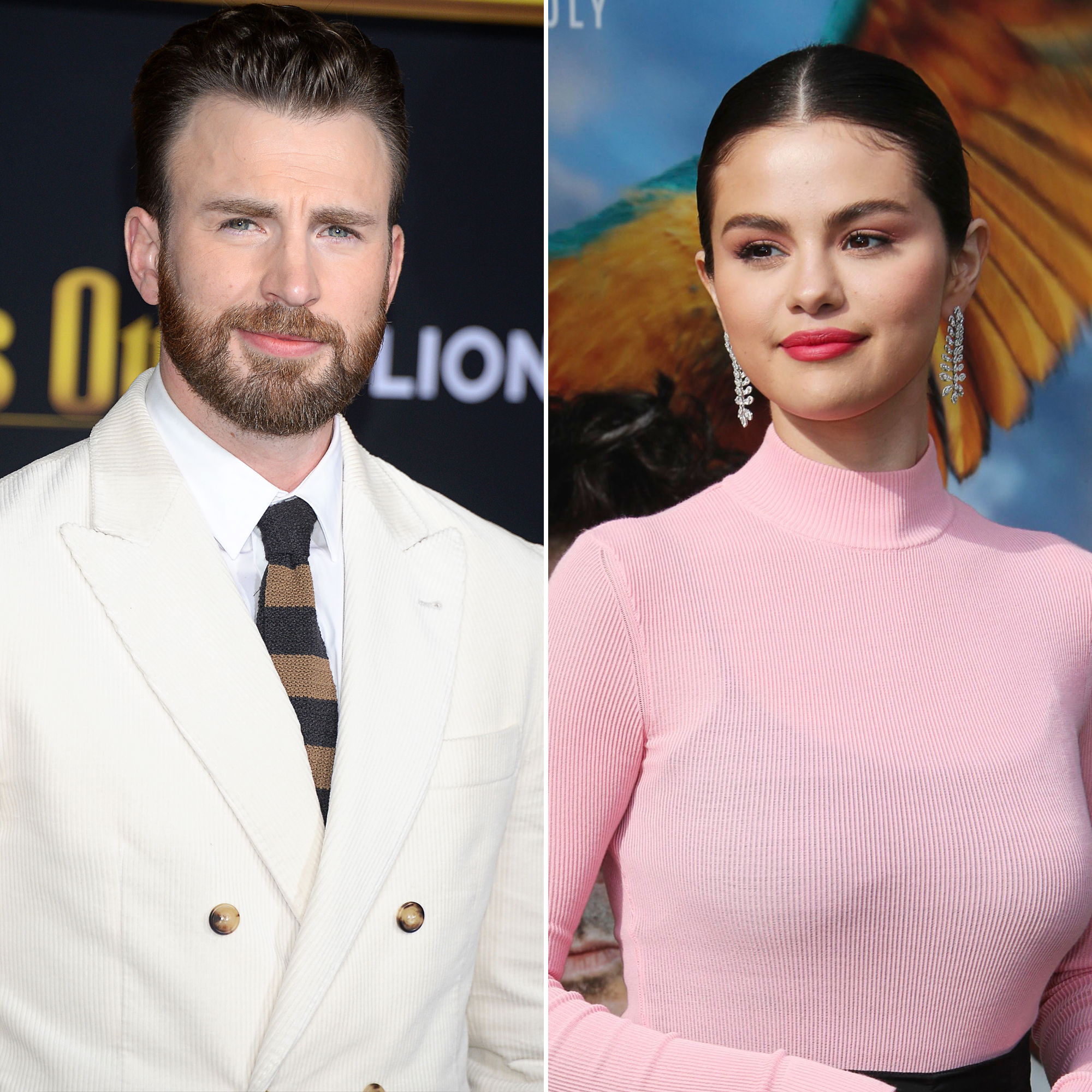 The rumors started swirling after Evans and Gomez were spotted leaving the same studio in Los Angeles on October 1. Days later, the actors were photographed at the same restaurant in the city. While the pair didn’t pose for a photo together, the background locations in each snap matched.

“BRO I AM NOT MAD ABOUT THIS RUMOR SELENA GOMEZ AND CHRIS EVANS ARE SUCH A POWER COUPLE,” one fan tweeted on Thursday, October 7, after the romance speculation went viral.

Another fan noted via Twitter, “Honestly if someone was going to date my man chris evans then I’m glad it’s Selena Gomez.”

Shortly after the photos were published via the social media platform, fans also noticed that the Gifted star had started following the “Lose You to Love Me” crooner on Instagram.

While this is the first time the pair have sparked dating rumors, the Wizards of Waverly Place alum’s fans freaked out about the potential coupling after she once admitted that she was interested in the Massachusetts native.

“I kind of have a crush on Chris Evans. Isn’t he cute? He’s very cute,” Gomez noted during a 2015 appearance on Watch What Happens Live With Andy Cohen when she was asked about her love life. After Andy Cohen noted that his “gay brother” bartended on WWHL one week earlier, she excitedly added, “Really? Last week? Maybe it’s meant to be.”

The 2015 interview was the “first time” she ever addressed her crush on the Captain America: The First Avenger star publicly before noting, “Oh man, he’s either going to hate me or love me.”

The former child star previously opened up about her single status earlier this year after rumors swirled that she was dating her Only Murders in the Building costar Aaron Dominguez.

“We had just started working together,” the Texas native told the Los Angeles Times in an interview published in March. “I honestly thought, ‘No wonder guys don’t want to date me!’ I think people only care because I’m young, and the older I get the less they’ll care. For now, it’s a part of the job that I don’t really like.”

She continued at the time, “I’m actually grateful that I’m not involved with anyone right now.”

The Monte Carlo star previously dated Justin Bieber on and off between 2011 and 2018 after brief flings with the likes of Nick Jonas, Taylor Lautner, Zedd and Niall Horan. She also was linked to The Weeknd after dating for nearly 10 months in 2017.

After her string of high-profile relationships and flings, the Spring Breakers star detailed what it’s like dating in Hollywood.

“If I can be honest, it is just so cliché. Everyone dates everyone,” the Disney Channel alum said during an interview with Apple Music’s Beats 1 in January 2020. “It always seems to be within a little bubble and it’s because it’s safe, right? You know, you’re wanting someone to understand what you’re going through. You’re almost wanting a counterpart of creativity as well and it’s, you know, interesting and fun.”

The MCU star, for his part, was linked to Jenny Slate after they met on the set of Gifted in 2016 before they eventually split in March 2018. Earlier this year, Evans made headlines after exchanging flirty social media messages with Lizzo.

As plus-size model Tess Holliday and size zero models dominate the catwalk, why are average women STILL out of fashion?