Home » Lifestyle » Holby City spoilers: Danger for Evie as Jeni kidnaps her and flees the country? 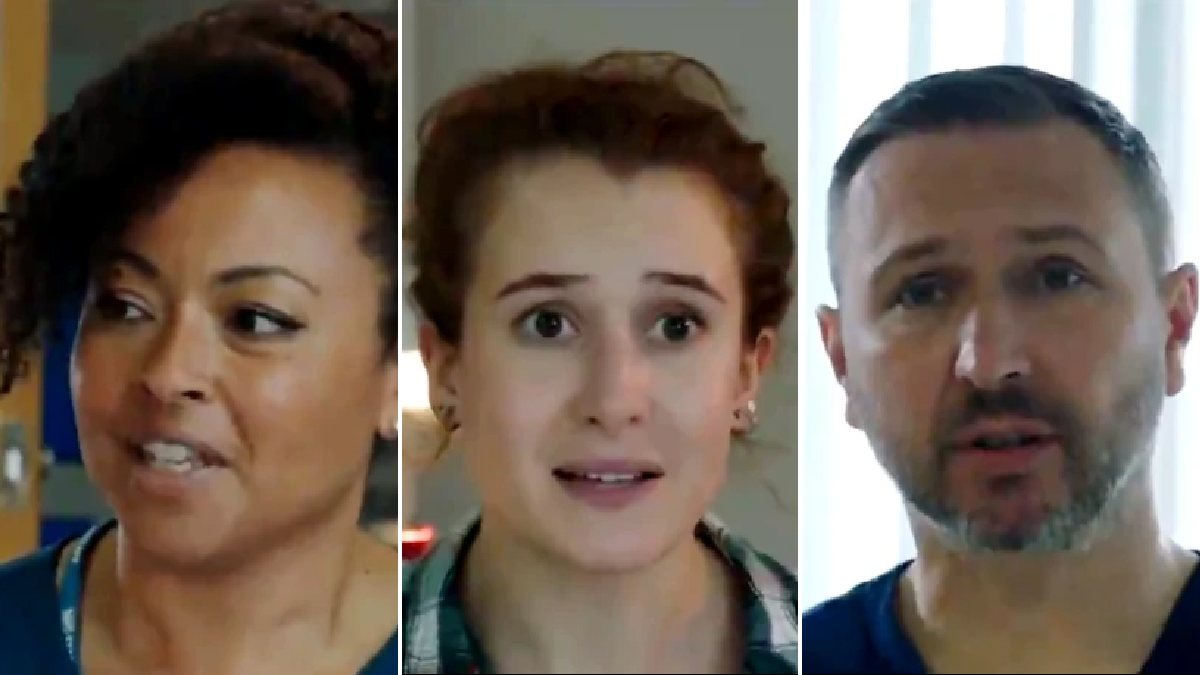 A new Holby City trailer has been released that hints at even more danger for Evie Fletcher (Phoebe French) as the police hunt for sex ringleader Jeni Sinclaire (Debra Stephenson).

This week, following weeks of abuse and manipulation, Evie finally told Fletch (Alex Walkinshaw) about what she’s been going through.

Evie told her dad that Jeni hosts ‘parties’ for a group of older, creepy men and she ‘provides the girls’.

Fletch was horrified, but the nightmare continued when Donna (Jaye Jacobs) also discovered daughter Mia (Brianna Shan) has attended the ‘parties’ too.

We left Tuesday’s Holby City on another cliff-hanger – Fletch and Donna must hold their nerve so the police can deal with Jeni.

Evie is at the hospital in the new clips in this trailer, trying to tell Donna and Fletch that Jeni knows something is going on.

Just as Fletch starts to worry where Evie is, we see her with Jeni, who’s organised a taxi and inside are more young girls.

Is Jeni planning on fleeing the country, taking Evie and the other girls with her?

Or, as the final few frames show, there’s a chance her plan to escape could go awry as we see Jeni trapped outside the hospital with Fletch and Evie approaching.

Can Fletch keep his emotions in check so Jeni is arrested?

Or could he make a huge mistake if his anger overwhelms him?

Military confirms ANOTHER death of Fort Hood soldier as Private, 26, is found near Vanessa Guillen ‘murder’ base – The Sun

‘Queer art’ jewellery made for lesbians goes on display at museum