Home » Lifestyle » House with 72 acres Pippa Middleton is eyeing up is a bargain at £1.5m

Berkshire bargain! Shrewd Pippa Middleton and James Matthews could make millions if they build a country pile on the 72-acre tourist attraction they’re set to snap up for just £1.5m

Pippa Middleton and hedge-fund billionaire husband James Matthews may well have made the property deal of the year, as the couple prepare to snap up 72 sprawling acres of land in leafy Berkshire for just £1.5million – in a village where a detached house with a garden already costs close to that price.

The couple, who currently reside in a  £17 million six-bedroom home in London, are thought to have grand designs for Bucklebury Farm Park…an apparent bargain in the midst of the picturesque Pang Valley.

While no plans appear to have yet been submitted to the local council’s website – the last being made for a staff log cabin at the tourist attraction earlier this year – there’s certainly plenty of room for a rural abode on the former ‘pick your own’ farm should the couple decide to move west from the capital.

Pippa’s parents, Carole, 65, and Michael, 71, live close by in a £5million home, a price tag that is much more indicative of what a discerning buyer might expect to pay for a country home. 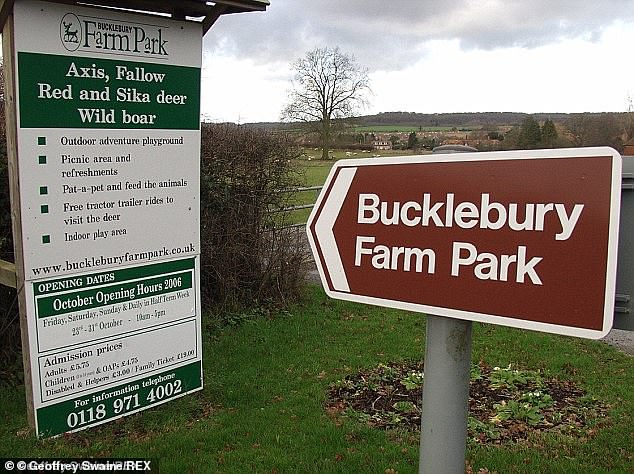 Let’s build our own! Bucklebury Farm Park, owned by  Rupert Hartley-Russell, is thought to have gone under offer… with Pippa Middleton and James Matthews its potential new owners – the 72-acre site is a relative bargain because it doesn’t have a family home on site

A move to the country? Pippa’s parents, Carole, 65, and Michael, 71, live close by in Bucklebury, in a £5million home, a price tag that is much more indicative of what a discerning buyer might expect to pay for a country home in that part of Berkshire 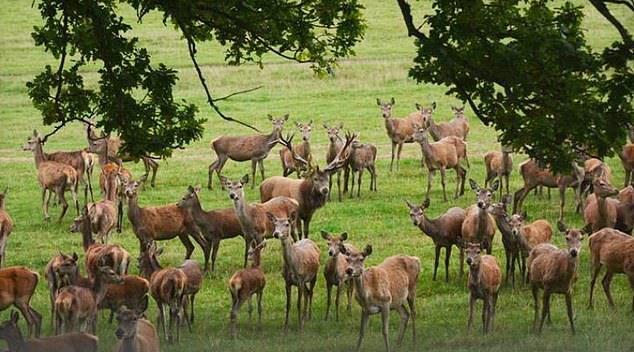 A 44-acre deer park is included alongside some livestock; agent Knight Frank said the tourist attraction offers scope for ‘redevelopment’ 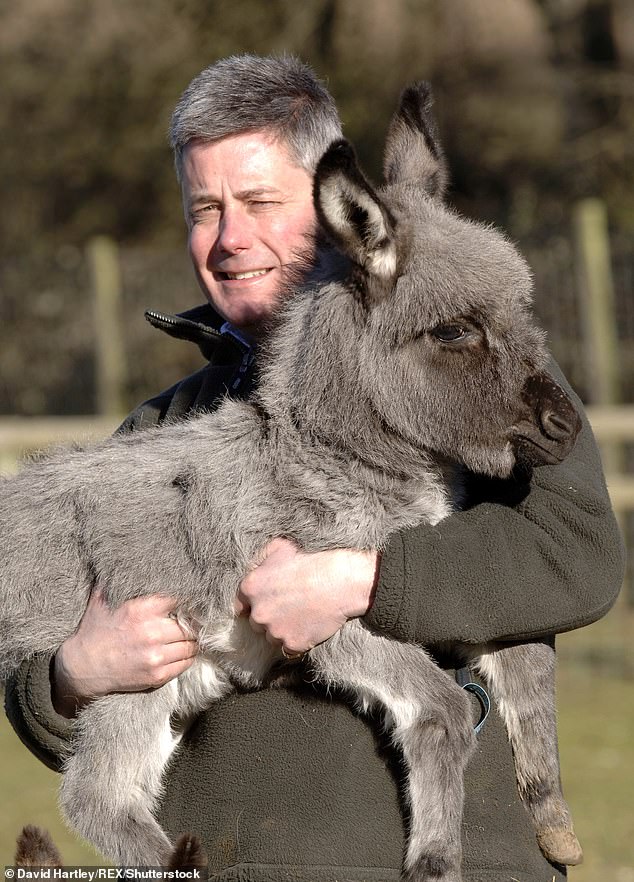 The farm’s current owner is Rupert Hartley Russell (pictured), an Old Etonian who is the son of Bucklebury’s Lord of the Manor, Willie Hartley-Russell. The family have declined to comment on the potential new owners

A four-bedroomed detached house for sale in nearby Stanford Dingley has 23 acres and is currently on the market for £1.5million, offering only a third of the land the Middletons might own if their sale goes through for roughly the same price.

A FORMER ‘PICK YOUR OWN’ WITH ROOM TO BUILD…

In the same family for the last three decades, Bucklebury Farm Park started life as a ‘pick your own’ back in 1984, having previously been private farmland. 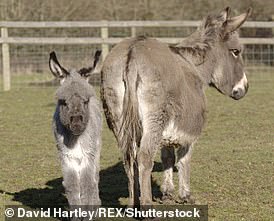 The Berkshire farm land, in the same family for 30 years, currently houses deer, livestock and other animals

The family has declined to comment on the future of the site.

The 72-acre rolling fields, which had a ‘wedding tractor’ to celebrate the Duke and Duchess of Cambridge’s marriage in 2010 and is currently home to a 44-acre deer park, cafe, glamping pods and children’s play area, could accommodate the ultimate new-build country pile.

Originally on sale at £1.5 million, agents Knight Frank have confirmed it is under offer, but refused to comment further citing client confidentiality.

However, the agent has confirmed that further development is a possibility on the site, saying there’s ‘scope for redevelopment of the property for other uses’.

Presently, there’s also livestock on the farm alongside deer, should the couple want to continue the land’s history of farming.

A spokesman for James, 45, and Pippa, 37 – younger sister of the Duchess of Cambridge – described the potential purchase as no more than a ‘business opportunity’ for Mr Matthews, denying the couple had any plans to move there.

But Bucklebury has been awash with speculation ever since Farm Park was put up for sale in October then suddenly withdrawn after less than a week.

A villager living in neighbouring Stanford Dingley commented: ‘We heard that the site had been offered to the Middletons before it went on the market.’

And at Bucklebury’s interior design store, Lynda Tillotson said the rumours hadn’t just ‘come out of thin air’. ‘It makes sense that Pippa and James would want to be close. It’s the perfect location for them to build a family home,’ she added.

And it would no doubt delight the Middleton parents, Carole, 65, and Michael, 71, to have Pippa, James and their two-year-old son Arthur on their doorstep.

Pippa and hedge-fund billionaire husband James Matthews, who have a son, Arthur, together, are said to be close to buying the land

The family home for their other grandchildren – Prince George, seven, Princess Charlotte, five, and two-year-old Prince Louis – is 150 miles away in Norfolk.

Current owner of Farm Park is Old Etonian Rupert Hartley-Russell, the son of Bucklebury’s Lord of the Manor, Willie Hartley-Russell. He declined to comment.

All About the Making of Kate Middleton’s Latest Little Black Dress (and the Hidden Design Detail!)