Home » Lifestyle » ‘I am where the birds live’: Rodney Bell on twirling in titanium

When Rodney Bell was lying in a spinal unit in 1991 he never thought he would spend the rest of his life as an acrobatic performer.

A motorbike accident had left him paralysed from the chest down. Rodney said it was then that “dance found me, I didn’t search for dance”. 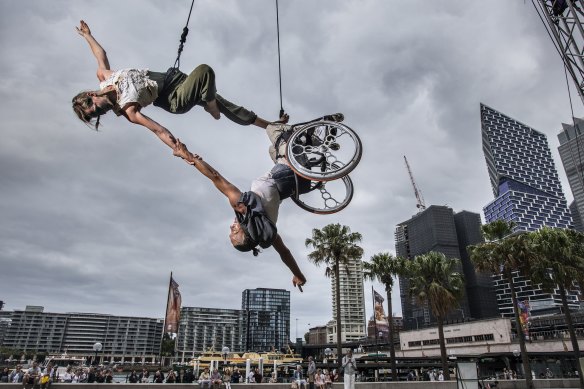 Rodney Bell suffered a spinal injury more than 30 years ago, but he’s been dancing ever since.Credit:Steven Siewert

Bell’s The Air Between Us with dance partner Chloe Loftus is part of this year’s Sydney Festival, and is an aerial duet performed metres above the ground.

The New-Zealand born performer has spent a significant part of the past 25 years in dance but his road to spinning above Sydney’s Tallawoladah Lawn, opposite the Museum of Contemporary Art was as winding as his acrobatic displays.

A butcher by trade, he is now a vegetarian. His accident saw him spend a year in a spinal unit, after which Bell took up wheelchair basketball.

“I needed to find different ways of expressing myself, so I started watching basketball at the spinal unit, and I thought I would have a go … And the next minute I started playing for New Zealand,” Bell said.

It was while playing basketball that Bell discovered dance, when then-artistic director of arts organisation Touch Compass, Catherine Chappell, approached him to be in a video showing kids mixed-ability dance.

“She pulled me out on the floor, did some examples with me, and I found it quite interesting … the next minute I went to a workshop, and here I am,” he said.

After his father passed away, Bell followed his friend Susan to Seattle in 2005, where she was auditioning for Axis Dance Company, a world-renowned ensemble of disabled and non-disabled performers based in California. 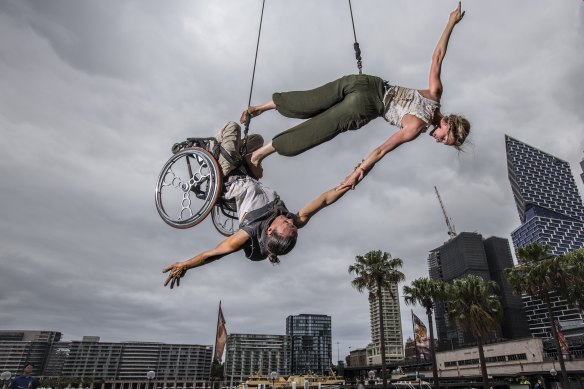 Rodney moved to the US to join Axis Dance Company in 2005.Credit:Steven Siewert

“My dad was my rock … I’ve always looked at my dad as my everything. When he disappeared, I had to get out of town. There was nothing that compared to him here, so I had to go,” he said.

Bell had no intention of auditioning for the company, so when they offered him a permanent position on the West Coast he was shocked, but eventually upped his life and moved to America.

“I ended up touring 32 states, teaching at different universities, dancing with some renowned choreographers in America,” Bell said.

For all the experience it gave him, the Axis Dance Company didn’t pay well. So when his contract ended in 2012, Bell was left homeless on the streets of San Francisco for three years.

”As performing artists we were underpaid, we didn’t have enough money to save up. I was staying in a low-income housing unit in the tenderloin district of San Francisco … it happened just like that,” Bell said.

“I am stubborn, and I didn’t want the pressure on my family. They didn’t even know I was homeless.”

When Bell finally got back to New Zealand in 2015, with a little help from charity Hand In Hand, an old dance friend got him off the couch and back performing.

”I told her about my stories, and she said that’s what the work is going to be about. So Meremere got created. An autobiographical work about my journey,” he said. 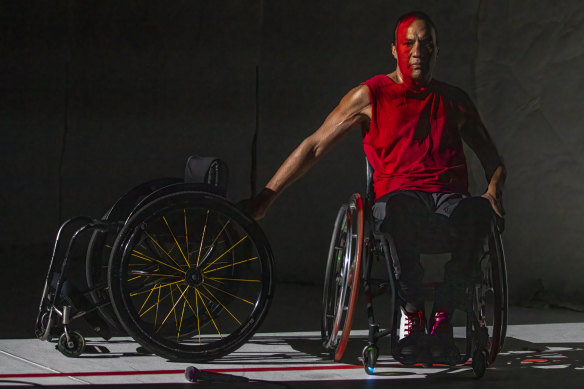 In 2018, Bell met his now-performance partner Chloe, and the two have been mesmerising audiences ever since.

“We went down by my river and Tim [Chloe’s husband] and her suspended the rope between these two beautiful trees down there, and we explored what that relationship might look like. And this is what evolved, The Air Between Us,” Bell said.

“I’m a different person. I love spinning, I love life, I love that challenge. And I love the energy of spinning. It took a little while to get used to, but I love it now.”

YouTuber Myka Stauffer Will Not Face Charges, Huxley Is ‘Happy’ in New Home