Home » Lifestyle » Ireland Baldwin Opens Up About Mental and Physical Struggles During Pregnancy: 'This S— Is Hard'

"I feel like my brain and thoughts are going to war every single day."

Ireland Baldwin is speaking out about the difficult challenges she’s faced so far in her pregnancy journey.

On Wednesday, the model — who is expecting her first child with musician RAC — shared a lengthy post on Instagram in which she detailed her experience, explaining how being pregnant has affected both her physical and mental health. 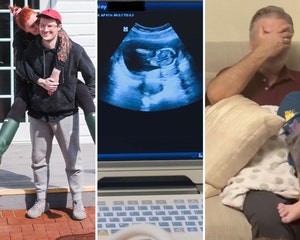 Baldwin began her post by explaining why she decided to open up about her struggles on social media.

“Vulnerability trigger warning. I’m not writing this post for sympathy. I’m only posting this because I personally have found a lot of comfort in unfamiliar corners of social media during this time in my life,” she wrote. “Social media is very toxic and misleading but I have found community in times where I felt like no one understands. I’m sharing my inner most feelings with the hope that someone will read this and feel less alone. I come came across various posts and videos where people were just f—ing honest about how hard this journey can be and it’s helped me so much.”

The 27-year-old — who is the daughter of Alec Baldwin and Kim Basinger — continued, “Pregnancy is hard. It takes so much out of you. I wasn’t ready for that. I’ve always wanted a baby with the right person. I grew up with a very jaded view of what love really looked like and I always wanted to have a child of my own with someone who would treat us right and love us unconditionally.”

“I underestimated just how hard pregnancy would be on my mind and my body,” she added. “Being someone who deals with extreme health anxiety on a daily basis, pregnancy turned things into high gear. I’ve struggled to adapt to these changes.”

Baldwin went on to note that while her experience is “easy compared to most,” it’s still a “struggle,” before sharing how pregnancy has impacted her mental health.

“I feel like my brain and thoughts are going to war every single day. Mental warfare,” she wrote, adding that she’s felt “exhausted” and “unmotivated.”

Baldwin said she’s also struggled with “feeling alone,” noting that it’s difficult to see how friends are out living their lives, while she feels that “life is passing by.” She also pointed out that it’s “hard” not having close family nearby. Without her boyfriend — whom she described as “everything and more” — she admitted that she “would have lost my mind.”

“It’s hard not being really close to family to begin with because they live far away or are idiots that I want nothing to do with. It’s hard seeing other people go through this and have their parents close by,” she explained. “It’s even harder watching some of your friends fade away or not know how to relate to you anymore. Especially when you were nothing to them but a drinking buddy and a good time. It’s hard making new friends at 27 years old. It’s hard keeping old ones close when they’re so far away. It’s hard when your closest friends have their own s— going on and you don’t know when’s a good time to emotionally dump on them.”

Continuing her post, Baldwin went on to describe how pregnancy has affected her physically.

“This s— is hard. When people expect you to be glowing and angelic and in a constant state of bliss … it’s unrealistic sometimes,” she said, before joking, “I’m a goblin. A bridge troll. A curmudgeon. The glow is my skincare routine.”

“It couldn’t be the vomiting 6x a day,” she added.

Despite her struggles, Baldwin expressed how “excited” she is to become a mom. “My career isn’t going anywhere and if it is then, f— it. The friends that mattered most and will be there and you’ll have room for new friendships. All of this is still worth it but it’s ok to admit how hard and scary it can be. You are not alone.”

She captioned her post, “This s— is HARD. And you’re not alone if you feel the same. And it’s ok to be REAL and post highlight reels. It’s ok to be happy and sad at the same time. I am grateful but I am struggling and that’s perfectly ok.”

Investor pulls $1.1 billion out of Netflix after losing $400 million on shares