Home » Lifestyle » ‘It was a hard decision’: Liz Jones bids farewell to La Mama after 50 years

“People come to La Mama and they don’t want to leave,” says Liz Jones. That’s putting it lightly – the 76-year-old came to Melbourne’s beloved independent theatre company in 1973 and has worked there ever since. But now, approaching her 50th anniversary, Jones is hanging up her hat as artistic director. “It was a hard decision because after 50 years, your identity becomes tied to the organisation,” she says. “But I feel fine about it – a little bit heavy-hearted, but that really becomes lighter and lighter.” 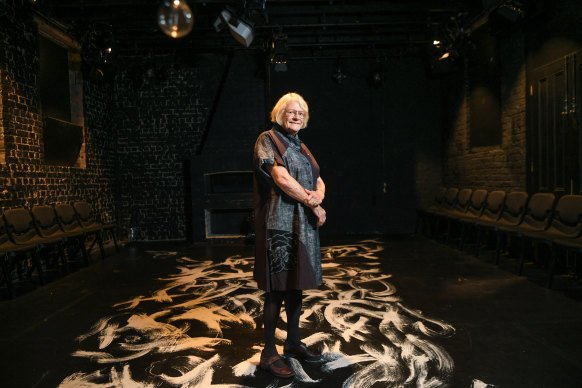 Jones met the late La Mama founder Betty Burstall in 1971, and came on board at the company as co-artistic director two years later before taking the reins solo in the 1980s. Under Jones, La Mama has become known as one of Australia’s finest purveyors of innovative, artist-led stage work, and launched the careers of actors such as Cate Blanchett and Judith Lucy.

Reflecting on half a century at La Mama, what stands out to Jones is a strong sense of community. In 2008, locals rallied to help purchase the Carlton building, with a price tag of $1.7 million. “It seemed a gargantuan ask – a Herculean task,” she remembers. “I felt deeply touched that La Mama was so treasured by the community… That was very, very precious to me.” The community mobilised again when the theatre was ravaged in a blaze in 2018 – donations for the rebuild totalled over $3 million.

Another personal highlight was the theatre’s 10th birthday celebration in 1977, which included a return of the original production of David Williamson’s brutalist play The Removalists. “The queue went right around the corner into Lygon Street, and I kept walking down the queue saying to people, ‘There’s only 53 seats in here’!” she laughs. 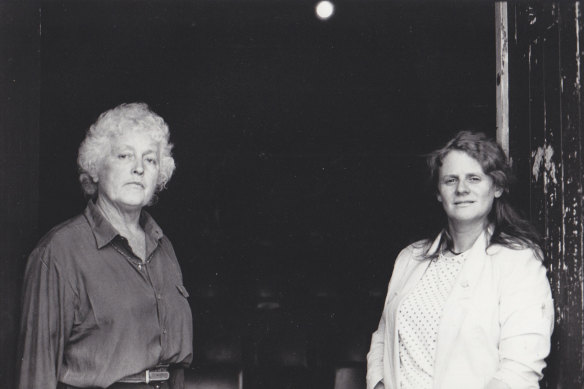 Jones, who was recognised in 2012 as an Officer of the Order of Australia for her work in theatre, has been passionate about amplifying marginalised voices. In the 1980s she pushed for more women writers and directors, and since the late 1990s has collaborated frequently with Ilbijerri, the country’s oldest First Nations theatre company. “That’s the wonderful thing about La Mama – it’s ultimately freedom of movement and expression,” Jones says. “I think that’s part of how I’ve lasted for 50 years.”

While Jones will remain on staff at La Mama as a mentor, and hopes to focus on more of her own performance work, her main project ahead is restoring the theatre’s history that was lost in the fires. Over 40 years of her own personal diaries were destroyed, including all the “nitty gritty” – details about funding, negotiations and much else. She is getting in touch with people who have been involved with the theatre over the years, as well as combing public screen and museum archives. “I want to do a traceback and pull together all of that information where I can,” she says. “This is an archival history that should exist.”

She is succeeded by Caitlin Dullard, who has been working closely with Jones since 2014 and was appointed co-CEO in 2018. Dullard was instrumental in introducing online programming and managing the rebuild following the fire. Says Jones: “I have great faith in her to continue what I think of as Betty’s vision that I have continued in terms of La Mama being open to all.”

Priti Patel visits Dover as around 100 migrants intercepted in Channel

'I love you': One bachelor goes all in, another is caught out in a lie