Celebs in Undies: Stars Who Flaunt What Their Mamas Gave Them in Lingerie

“I was a little surprised because Jenna and I know a lot about each other,” Kotb, 58, quipped during the Wednesday, November 16, episode of Today With Hoda and Jenna, revealing she recently learned something new about her pal while in the dressing room before taping started. “I just had a little shock with it!”

The Oklahoma native— who has headlined the famed morning show since 2007 — explained that the twosome had to change in a shared dressing room earlier that day. As Bush Hager, 40, adjusted her outfit, Kotb “noticed” her BFF wasn’t wearing any undergarments underneath. 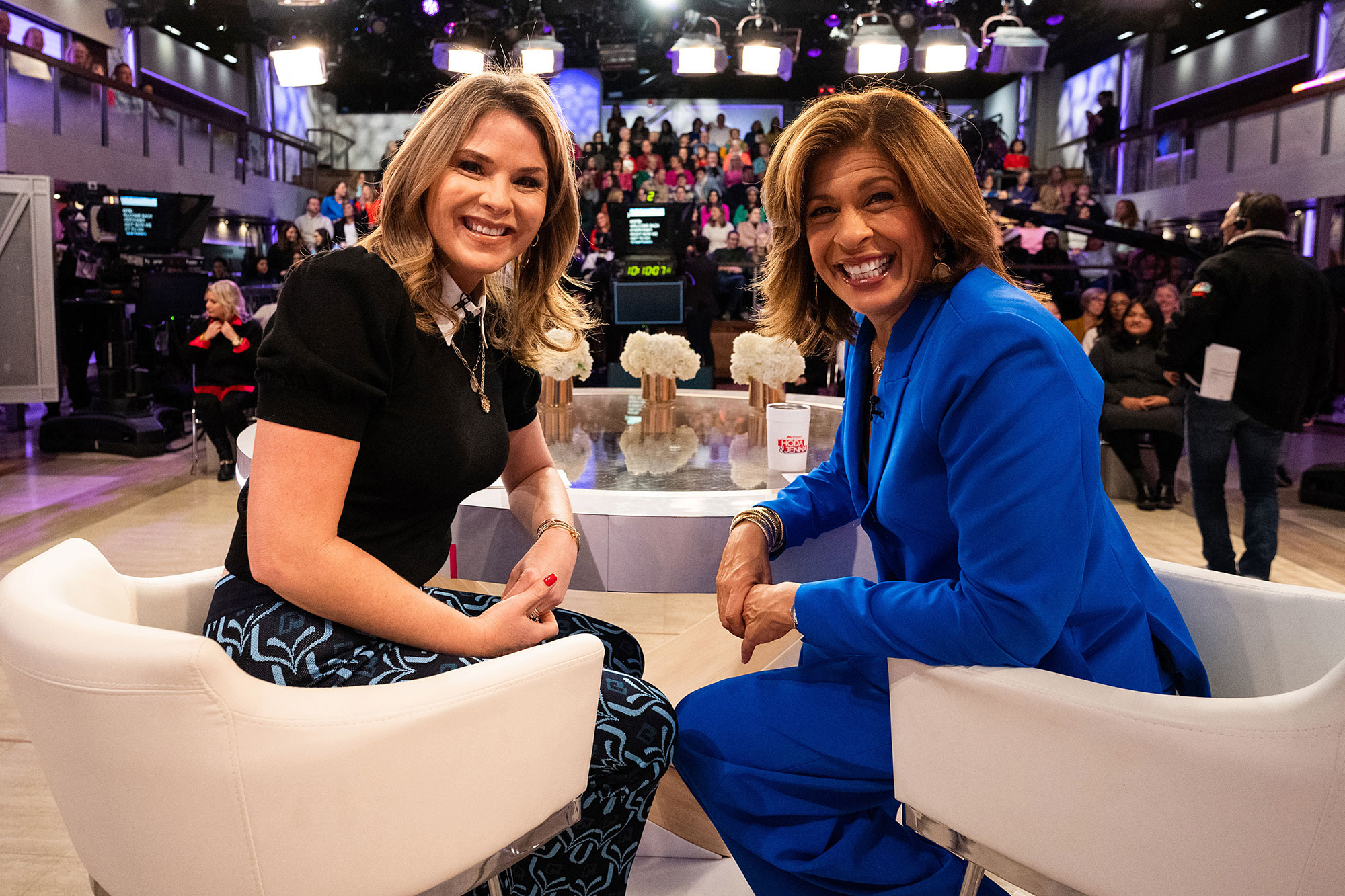 “I think it makes a more pretty silhouette,” Bush Hager defended her preferences. “I also think you don’t have to pack as much. There’s a lot of pros to it! … [Hoda asked me], ‘Do you wash your clothes?’ And I said, ‘Yes, I do.’ But it’s also not like I’m sharing your jeans with you.”

While the Sisters First author opened up about her wardrobe hacks, she was mortified that Kotb brought her personal business up on live television.

“You promised me you wouldn’t do this! There’s a lot of people here,” Bush Hager teased her coanchor, referring to the Today show’s live studio audience. “I’m sure my mom [Laura Bush] has never been more proud.”

Us Weekly exclusively confirmed in February 2019 that the Texas native would join Kotb as emcee of Today’s fourth hour of programming, succeeding Kathie Lee Gifford. 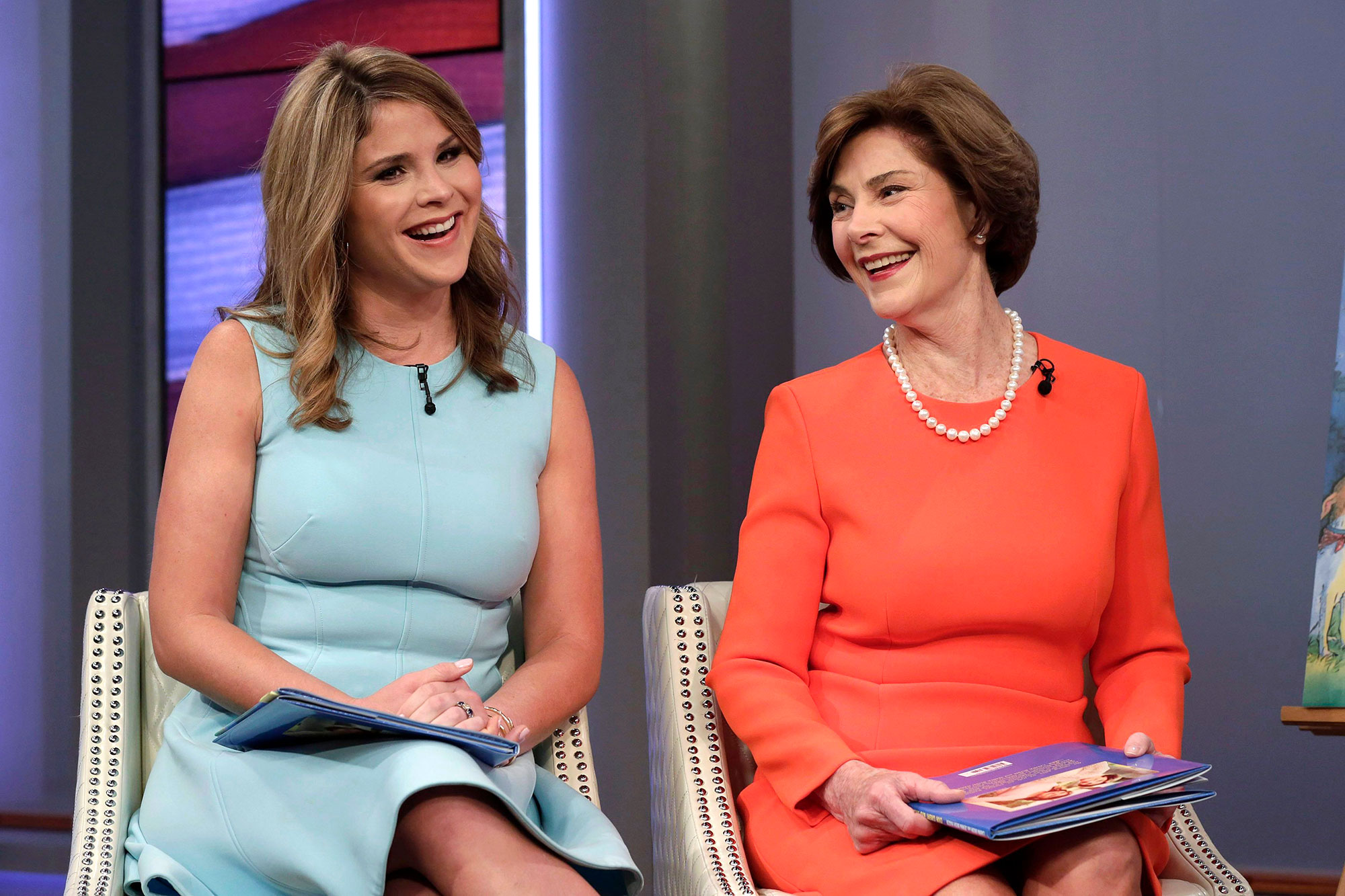 “You have been such a role model and so generous with your time,” she told Gifford, 69, during her first official broadcast as cohost. “You are beloved in so many ways, and if I can use some of your grace and have half of what you’ve done, my life will be a very happy one. … My dad [former President George W. Bush] wrote me three words which made me weep. He just wrote, ‘Very proud dad.’”

Since taking over for the former Live With Regis and Kathie Lee host, Kotb and Bush Hager have tackled news coverage while deepening their friendship.

“With Jenna, I learned not to sweat the small stuff,” the You Are My Happy author exclusively told Us in May 2019 of the parenting advice she learned from Bush Hager. “She’s like, ‘Don’t freak out, you’re not a bad mother because you forgot to do this or you didn’t do that.’ I think she kind of reminds you we’re all a little flawed. Don’t sweat it, don’t try to get it all right because you’re not going to get it right.”

Kotb is mother to daughters Hope, 5, and Haley, 3, while her cohost shares three children with husband Henry Hager.

Vanilla Ice is 'shocked' and 'devastated' about Coolio's sudden death