The state government will expand a program to help people with disability leave hospital sooner as the Opposition promises $600m for a new tertiary hospital and training facility in Melbourne’s east ahead of the November poll.

Health Minister Mary-Anne Thomas promised $39 million to expand Labor’s pathways to home program to ensure people with disability can leave hospital when they are ready.

The Age has previously reported that more than 200 Victorians with a disability were stuck in hospital for an average of 160 days after they were well enough to be discharged. 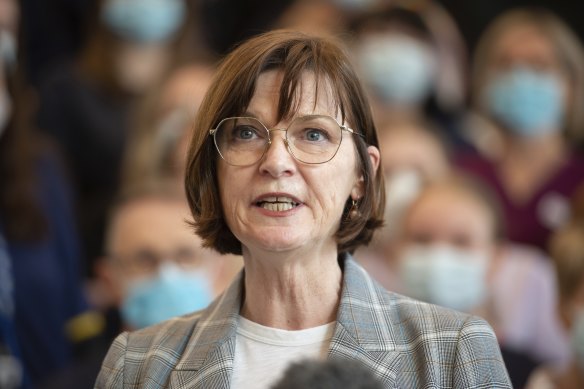 “Concerningly, we’ve seen people spend more than 600 days in hospital,” Thomas said on Sunday. “The impact on a person’s health and well-being is really significant.”

The program, which has been in a pilot stage for the past 12 months and supported 52 people, involves hospitals working with the disability sector to provide accommodation for people while they wait for their NDIS package to be approved. The pilot program freed up 3000 hospital days, Thomas said.

“This is an important initiative and one we have implemented because of concerns that we have had about the failure of NDIS to really deliver,” she said.

Labor made the promise on the same day the Opposition said, if elected, it would build a $600 million tertiary hospital with 250 beds and a training facility in Wantirna in Melbourne’s east.

The facilities would be on the site of the former Knox Drive-in and include an emergency department, operating theatres, and maternity, oncology, geriatric and radiology services.

On-site accommodation would service the hospital and the wider Eastern Health network.

The Opposition would seek a $300 million contribution from the Federal Government for the Wantirna facility given its role in training and education, a Liberal-Nationals statement said.

Who is Paul Bilzerian? | The Sun