TMZ reports that the 54-year-old singer, who is the daughter of Priscilla Presley and the late Elvis Presley, was given CPR by paramedics on Thursday, January 12, after receiving an emergent call to her Calabasas, California, residence.

The Los Angeles County Sheriff’s Department later confirmed to Entertainment Tonight that officers arrived at Lisa Marie’s Calabasas home at 10:40 a.m. local time on Thursday, adding that she regained a pulse before she was transferred to a nearby hospital. Further details about her condition have not been shared.

Two days earlier, Lisa Marie joined her 77-year-old mother at the 80th Annual Golden Globes in celebration of Baz Luhrmann’s nominated Elvis biopic. Both Priscilla and Lisa Marie even watched in awe as Austin Butler took home the Best Actor in a Drama Motion Picture trophy for his portrayal of the “Blue Suede Shoes” crooner. In his acceptance speech, the Carrie Diaries alum, 31, even gave Priscilla and Lisa Marie a sweet shout-out.

How the ‘Elvis’ Cast Compares to Their Real-Life Counterparts: Photos

“I also want to thank … the Presley family, thank you guys, thank you for opening your hearts and your memories [and] your home to me,” Butler said on Tuesday, January 10, during the awards show. “Lisa Marie, Priscilla: I love you forever.”

The Tennessee native was born in February 1968 to Priscilla and Elvis, who split in 1972. Following her parents’ divorce, Lisa Marie remained close with both her folks until Elvis’ 1977 death at the age of 42. Since then, she’s frequently honored his legacy. 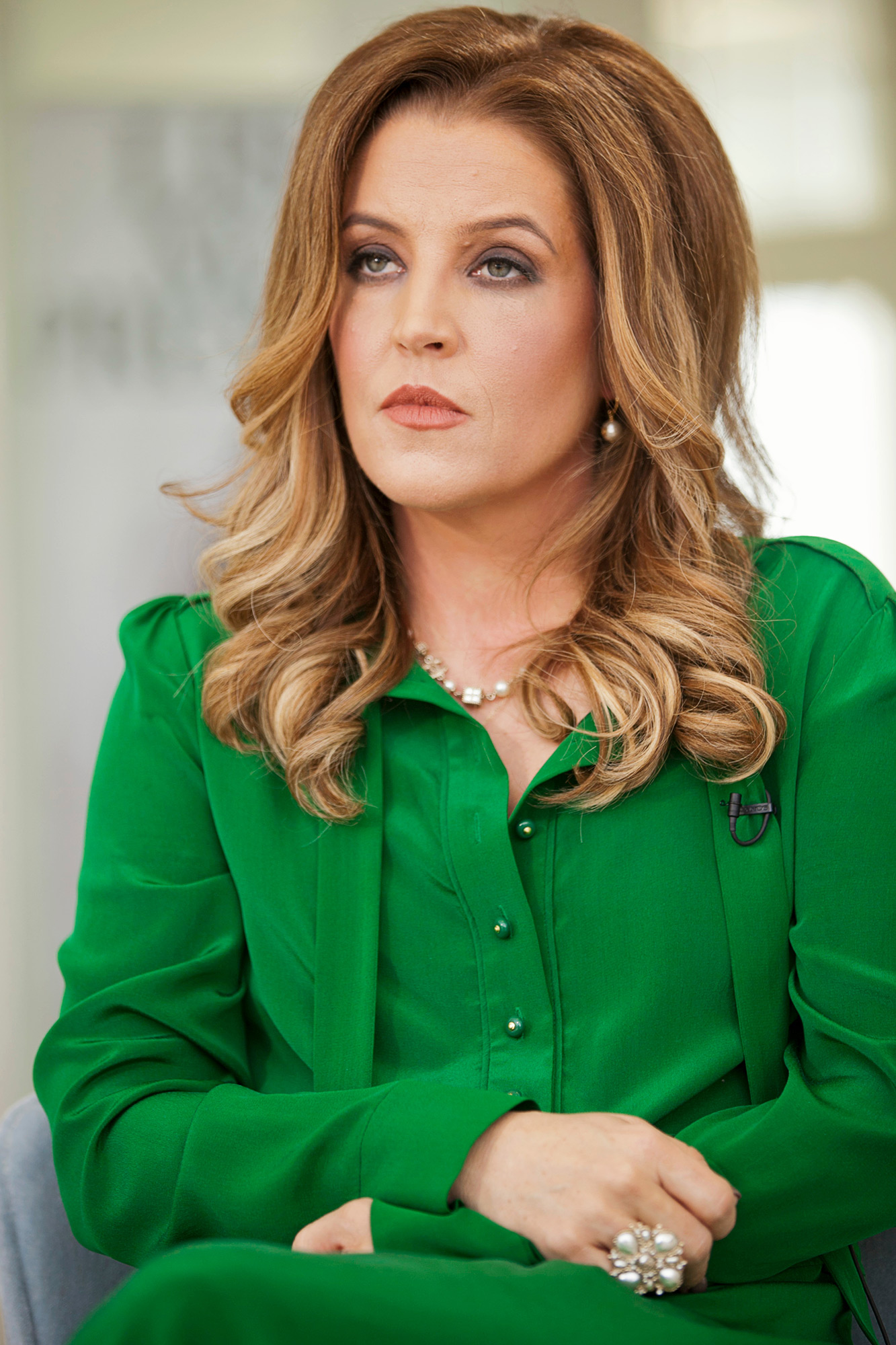 “I think it gets locked in forever and nothing can change it,” the “Dirty Laundry” singer told Variety in August 2017. “And then, on the other side, I’m going through what I’ve dealt with, and I know what he’s gone through, and the older I get, the more I can relate to the obstacles that he had and the trepidations that he had. I can relate to them more, way more. I understand more as I get older. He was quite young [when he passed away]. So I can’t say I knew a whole lot at 42, or that I know a whole lot now. But what I know is that I don’t know everything.”

Lisa Marie is a doting mother herself, who shares daughter Riley Keough with ex Danny Keough and twin daughters Harper and Finley with ex-husband Michael Lockwood. Lisa Marie and Danny, 58, also shared son Benjamin Keough, who died by suicide at the age of 27, in July 2020.

“[Lisa Marie] is entirely heartbroken, inconsolable and beyond devastated but trying to stay strong for her 11-year-old twins and her oldest daughter Riley,” the songwriter’s rep, Roger Widynowski, told Us Weekly at the time. “She adored that boy. He was the love of her life.”

Lisa Marie has continued to honor his son’s legacy, even revealing last year that they had gotten matching tattoos.

“Several years ago, on Mother’s Day, my son and I got these matching tattoos on our feet. It’s a Celtic eternity knot,” she wrote via Instagram in July 2022, sharing a throwback snap of the ink. “Symbolizing that we will be connected eternally. We carefully picked it to represent our eternal love and our eternal bond.”

Irina Shayk May Have a New Boyfriend