With so many entertainment options, it's easy to miss brilliant streaming shows, movies and documentaries. Here are the ones to hit play on, or skip.

It looks like they’ve done it again. With their Sherlock telemovie series, writer-producers Mark Gatiss and Steven Moffat breathed fresh life, energy and imagination into the legend of Holmes, while faithfully retaining many of the elements that made Sir Arthur Conan Doyle’s idiosyncratic detective a classic literary character. 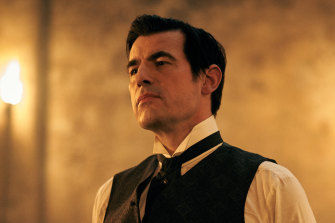 Claes Bang is the Count himself in Netflix’s new adaptation of Dracula.Credit:Netflix

Now they’ve tackled Bram Stoker’s Dracula. Using a structure modelled on Sherlock, their tale of the blood-sucking Count from Transylvania arrives with three telemovies. Like Sherlock, it’s packed with witty dialogue, snazzy special-effects and the kind of jarring rapid-fire editing that creates the desired shock value. As it’s a vampire story, there’s also an abundance of gore.

The first story, The Rules of the Beast, opens in Hungary in 1897 with a gaunt and traumatised husk of a man confined to a room high in a castle. He’s English lawyer Jonathan Harker (John Heffernan), who we learn, as he tells his tale to the inquiring nun, Sister Agatha (Dolly Wells), travelled to Transylvania to conduct a real-estate transaction for the Count (Claes Bang). He arrived expecting an overnight stay and a happy return to his fiancé, Mina (Morfydd Clark), in England. Things did not go as planned.

As the drama flashes back, we learn about Dracula’s labyrinthine castle, “a prison without locks”, a literal house of horrors. And we also learn that Agatha, an inspired addition to the story, is a nun with a keenly inquiring mind when it comes to vampires. Her briefcase is loaded with sharpened stakes.

Agatha is a thoroughly modern heroine in a nun’s habit: briskly businesslike, fearless, a bride of Christ who has lost her belief: “Faith is a sleeping draft for children and simpletons,” she declares dismissively.

The first telemovie introduces Dracula’s plan to relocate to England. He’s grown tired of Europe: “People here are so narrow,” he complains. “I wither among them. They are … without flavour.” Harker’s job was to find him a suitable home.

There’s a stunning scene near the start that indicates just what this team is capable of. It involves a fly and some cleverly deployed special effects, and it’s at once simple in concept and enormously unsettling.

The accomplishment and inventiveness of the first telemovie suggests it’s going to be a bloody journey worth watching.

In Search of Greatness

What makes a great athlete? Is it natural ability, strength, discipline, training, constructive coaching? A combination of all of them? Or is it something more intangible, like creativity?

This feature-length documentary, written, produced and directed by Gabe Polsky, explores that question, offering a selection of informative and illuminating interviews. There’s a group of champions reflecting on their careers: Canadian ice-hockey legend Wayne Gretsky, Brazilian soccer star Pele and American NFL receiver Jerry Rice. And there are also a couple of articulate, thoughtful and well-researched authors, David Epstein and Sir Ken Robinson. 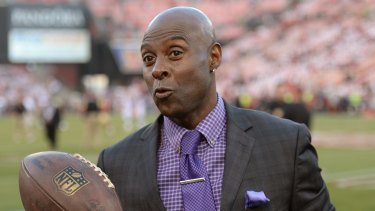 Some of the questions considered by the participants include the time allowed them for unstructured childhood play, the obsessive pursuit of perfection, the influence of parents, and the importance of teamwork, luck and timing.

The current preoccupation with data and analytics also comes in for a serve when Sir Ken says, “If the stats come to dominate your judgement, you’re not showing any judgement at all.”

Stressing the importance of creativity in the attainment of excellence in any field, he concludes, “It’s always a balance of discipline and spontaneity.” 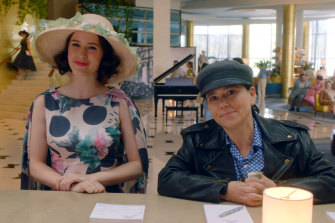 Hugh Jackman delivers an intense and controlled performance as Colorado senator and 1988 Presidential aspirant Gary Hart in this considered account of the events that ended the Democrat’s run for the White House. With his camera constantly prowling, director Jason Reitman (Up in the Air, Juno) puts Hart’s campaign team up against the media pack that has heard rumours about the candidate’s womanising. Hart is portrayed as a man of vision, strategic and uncompromising, but flawed. 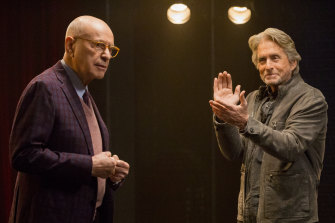 Alan Arkin, left, and Michael Douglas in The Kominsky Method.

Writer, producer and sitcom specialist Chuck Lorre has created a sparkler with this warm, comic look at ageing. And the recently arrived second season is even better than the first: sharper, funnier, more polished and more poignant. 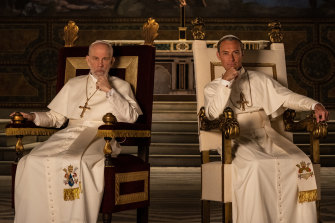 Not available for preview but worth noting is the premiere of Paolo Sorrentino’s follow-up to The Young Pope, again starring Jude Law as Pius XIII. He’s now in a coma and secretary of state Voiello (Silvio Orlando) has English aristocrat Sir John Brannox (John Malkovich) appointed John Paul III. So, in addition to a visually sumptuous production that offers a searing insight into the unsavoury machinations of Vatican life, the new season holds the promise of watching Law and Malkovich in action. Double episodes will arrive weekly, with the series set to appear later in the year on SBS’s primary channel.

Spoilers: Evil Jordan sets his sights on Peri in Hollyoaks