Ready for baby No. 3? Mandy Moore gushed over son Ozzie as the infant turned 2 months old — and hinted that she wants another little one soon.

This Is Them! Get to Know the ‘This Is Us’ Cast’s Children

“This sweet Angel baby is 2 months old today and he’s a GIANT bundle of snuggles, who demands food at all times, rolls over the instant you put him on his tummy, is a dynamite traveler, sleeper and set baby, seems genuinely impressed with his big brother, loves to fall asleep in anyone’s arms and is generally so smooshy and dreamy he has Mom thinking about doing it all over again 😳,” the This Is Us alum, 38, captioned an Instagram video of her newborn on Thursday, December 15. “We’re so grateful for all you are and can’t wait for more, sweetest Ozzie!!”

In the adorable footage, Moore cooed over her baby boy as he laid on his back and gazed up at his mom. The video was even enough to send the singer’s famous friends into fits of baby fever. 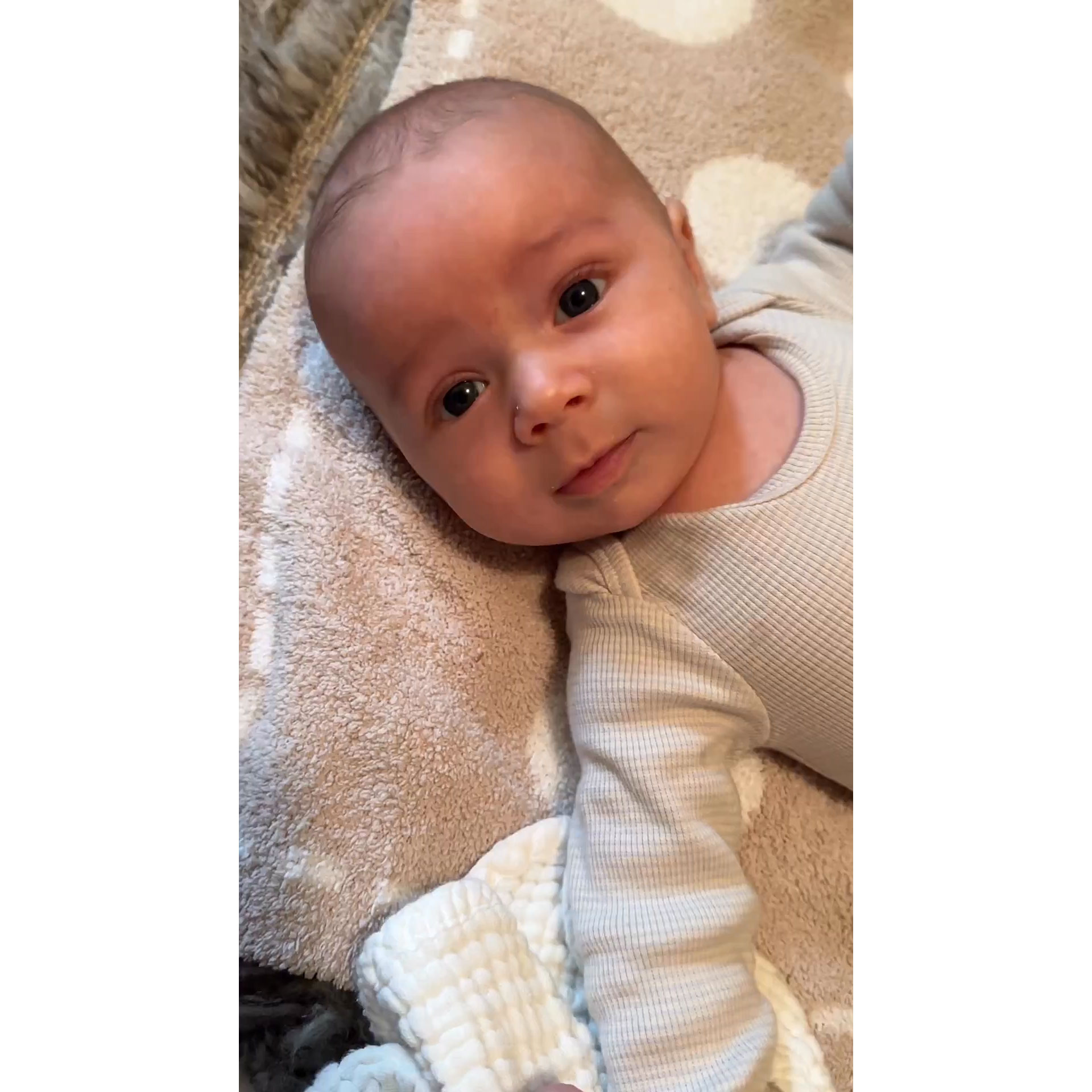 The Tangled actress welcomed her second child with husband Taylor Goldsmith in October. Along with Ozzie, the couple share son Gus, who was born in February 2021.

Weeks after Ozzie’s arrival, Moore opened up about adjusting to life as a mother of two. “I think it’s all just starting to ramp up a bit. [It’s been] pretty quiet and mellow,” she exclusively told Us Weekly in November. “I mean, I haven’t really left the house [other than] for going to doctor’s appointments, so I know that we’re in the very early days where things are still just pretty easy. … The challenging days haven’t even hit us yet, but it’s fun.”

The Princess Diaries star noted that “time is so fleeting,” adding that she wanted to cherish each moment of baby bliss. “I’m really trying to soak it in all [of] his little noises and his smell. … This newborn phase is so specific and so special and it goes by so fast that I’m just trying to hold onto it as long as I can,” she told Us. 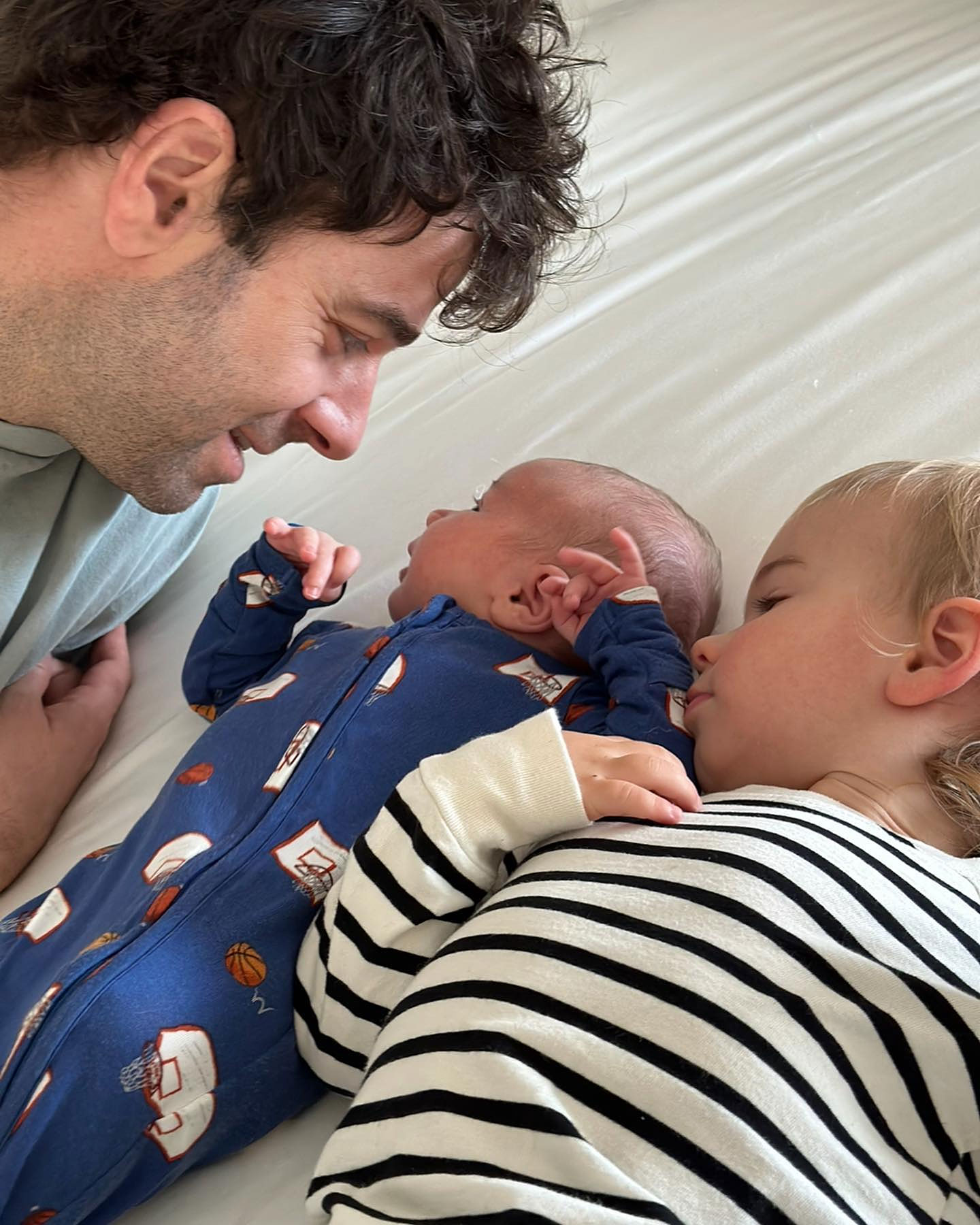 At the time, Moore hinted that her family felt “so complete” and revealed who her sons resembled the most. “Gus is a carbon copy of my husband and always has been,” she teased. “I mean, everybody says that — so much so that I’m like, ‘I swear I was there. I was a part of this.’ But Ozzie’s yet to be determined.”

The “Candy” singer and the Dawes musician, 37, tied the knot in November 2018. Moore told Us that Goldsmith has been “exceptional in every way” since she gave birth. “He was remarkable, especially toward the end of my pregnancy. … He just really stepped up,” she gushed.

Recovering from her baby’s delivery has come with a few challenges, however. Last month, the A Walk to Remember actress opened up about battling mastitis while breast-feeding.

“Trying to cut this mastitis off at the pass. Whew,” she captioned a nursing photo shared via her Instagram Story after previously revealing to her followers that she planned to eat her own placenta.