Could it be any more obvious? Matthew Perry got candid about his crush on Jennifer Aniston during the early days of Friends — and how he was well aware she was interested in someone else from the cast.

During a Wednesday, November 2, appearance on SiriusXM’s The Jess Cagle Show, cohost Julia Cunningham asked Perry, 53, if he was “seething” during HBO’s Friends reunion in 2021 when the Breakup star, 53, and David Schwimmer admitted that they were crushing on each other while filming the comedy series.

“I was like, ‘Was Matthew seething with anger on the set of the reunion hearing about this unrequited love?’” Cunningham wondered while reading his new memoir, Friends, Lovers, and the Big Terrible Thing, to which the Fools Rush In star replied, “Oh, I knew. I knew. Yeah, I knew what was going on. And eventually, my crush dissipated.”

Perry — who starred opposite Aniston and the American Crime Story alum, 56, as Chandler Bing on the NBC sitcom from 1994 to 2004 — previously revealed that he had a special affection for The Morning Show actress during an ABC News interview with Diane Sawyer on Friday, October 28.

According to the Massachusetts native, he met his Aniston before they were both cast on the hit series — but when he asked her out, she said no and suggested they stay pals instead.

On Wednesday, Perry opened up about what it was like working alongside someone he had feelings for.

“At first it was like, she would walk in, I’d be like, ‘Hey, good to see you.’ And I’d go to my dressing room and just go, ‘Oh, I’ll never, I’ll never be able to be with her,’” he recalled. “But how can you not have a crush on Jennifer Aniston, you know? But I did at one point just go, ‘All right, that’s enough.’” 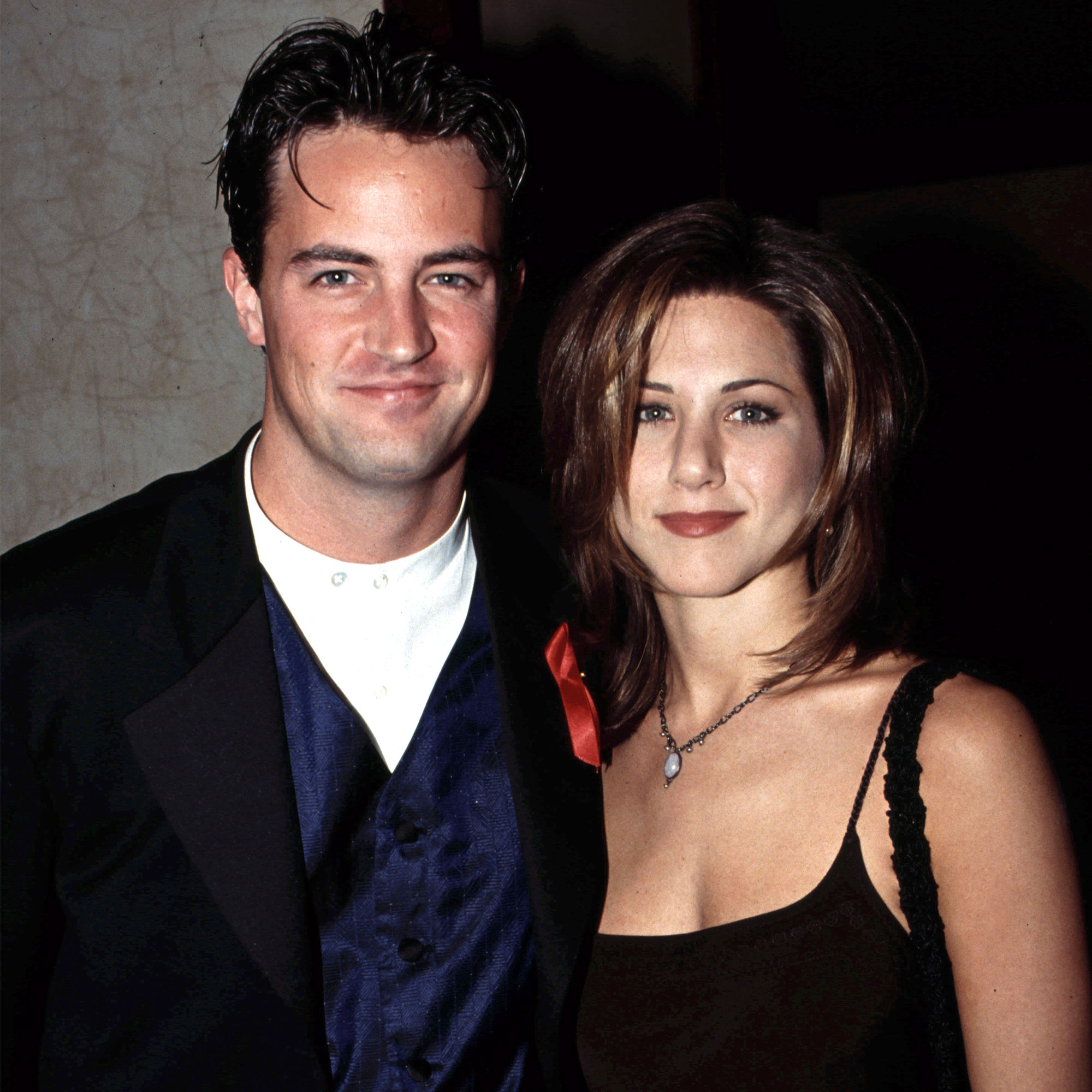 During last year’s HBO reunion, however, Aniston and Schwimmer shared that they both had an interest in sparking up a romance but were committed to respecting each other’s boundaries.

“The first season, we — I had a major crush on Jen,” Schwimmer said during the special, to which Aniston replied, “It was reciprocated.”

“At some point, we were both crushing hard on each other,” the Big Nothing actor continued. “But it was like two ships passing because one of us was always in a relationship. So and we never crossed that boundary. We respected that.”

Julia! Neve! All of Matthew Perry’s Loves and Flings Over the Years

Perry, for his part, told Sawyer, 76, last week that he eventually got over Aniston and moved on to crushing on his other female costars: Courteney Cox and Lisa Kudrow.

“How can you not have a crush on Jenny? And Courteney? And Lisa? So I made it kind of difficult to go to work, because I had to pretend that I didn’t have these crushes,” explained the actor — whose character’s relationship with Cox’s Monica has remained a fan favorite ship for decades.

Perry noted that he would often find himself starring at the Horrible Bosses star, specifically, during a scene.​​​ “I was like, ‘Is three seconds too long?’” he told Sawyer. “And then I write in the gratitude part about her letting me do that.”

Beyond any romantic feelings, the Odd Couple alum wrote in his book that Aniston was someone he could always lean on throughout his decades-long battle with drug and alcohol addiction.

The Biggest Revelations About ‘Friends’ in Matthew Perry’s Memoir

Though Perry “never” came to work intoxicated, the Cake actress eventually confronted him about his drinking in between filming. “‘I know you’re drinking,’ she said. … I was confused. ‘How can you tell?’ I said. I never worked drunk,” he wrote.  “‘We can smell it,” she said, in a kind of weird but loving way, and the plural ‘we’ hit me like a sledgehammer.”

In his interview with ABC News, Perry revealed that Aniston was the person who “reached out” the most when he was struggling. “I’m really grateful to her for that,” he told Sawyer on Friday.