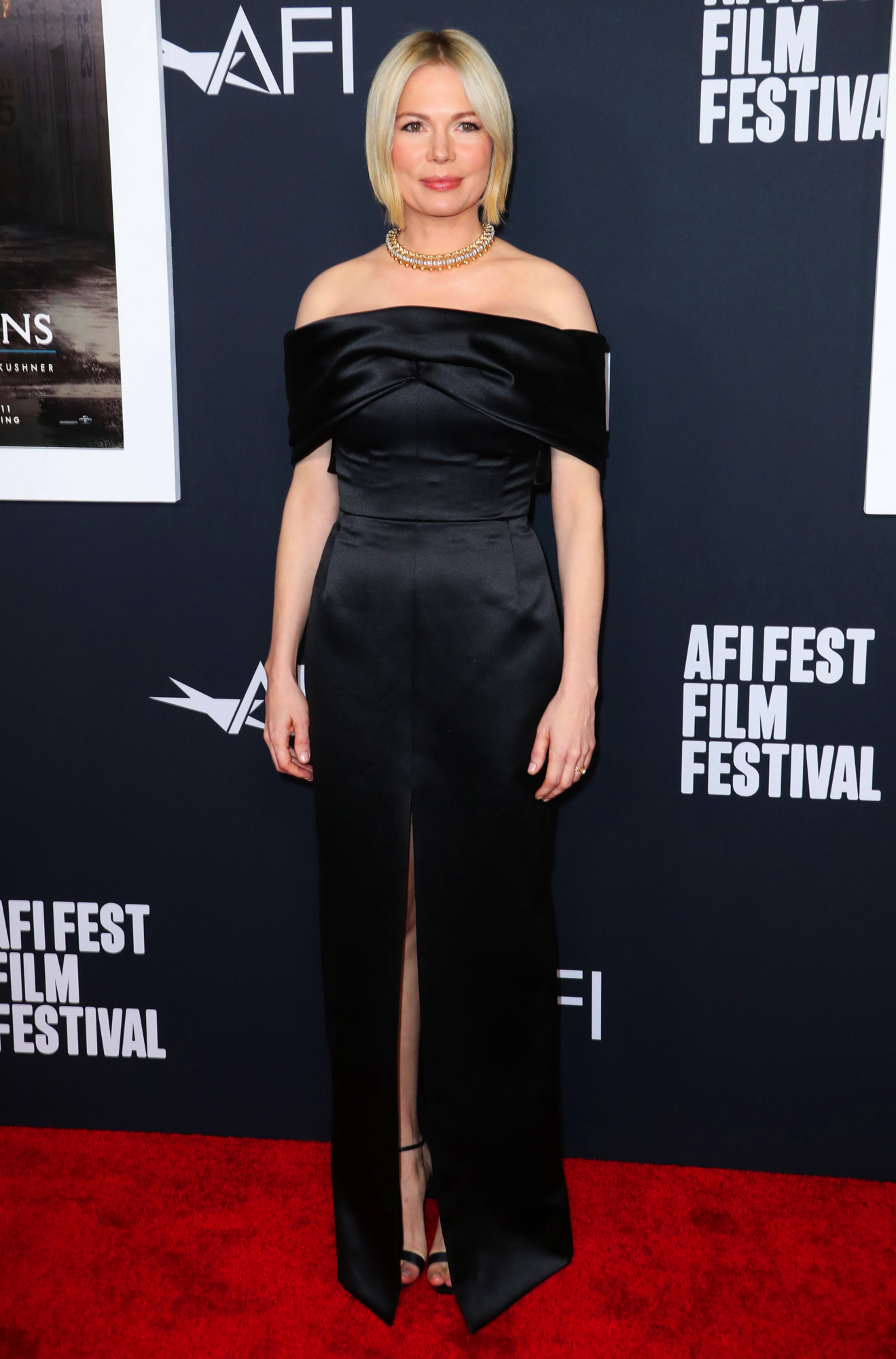 What a beauty! Michelle Williams has returned to the red carpet.

About Last Night: See the Best Dressed Stars on the Red Carpet and Beyond

The actress, 42, who recently welcomed her third child, attended the premiere of her new film, The Fabelmans, which premiered at the AFI Fest in Los Angeles on Sunday, November 6.

For the event, Williams looked timeless in a black satin off-the-shoulder gown. The sleek number featured a corset bodice and a daring high slit. The Montana native paired the frock with a dazzling gold necklace by Tiffany & Co. The jewel was equipped with yellow gold and diamonds. She completed the look with dramatic lashes, a soft pink lip and had her hair styled in a blunt blonde bob.

On the red carpet, the Blue Valentine actress opened up about the film — in which she stars as the mother of a young boy named Sammy Fabelman who discovers a shattering family secret – and motherhood.

When asked about her parenting style by Entertainment Tonight, Williams shared: “I think recognizing the individual and seeing them for who they are. That is separate from who you are or who you want them to be.” 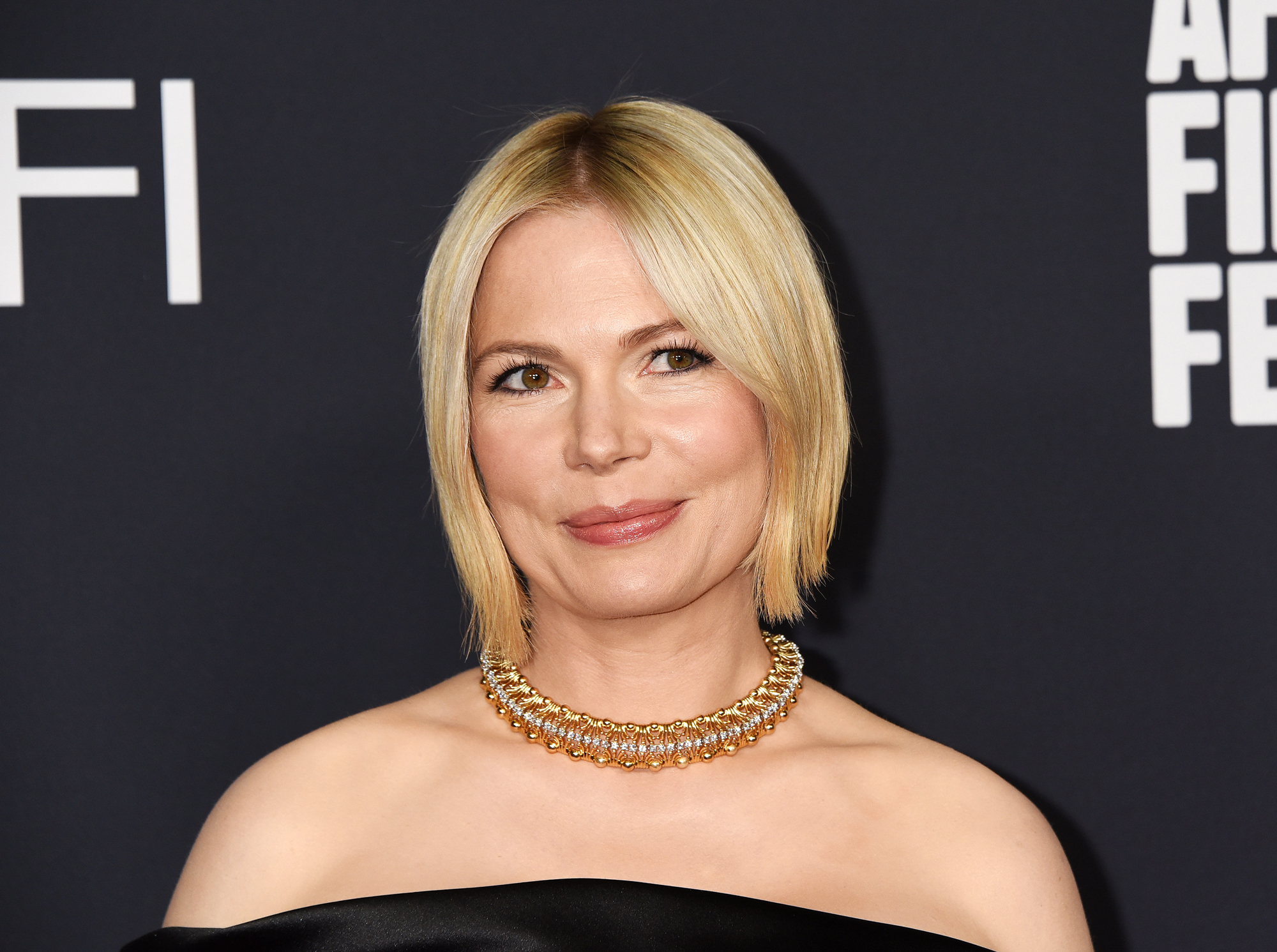 She added: “Really, allow them to be themselves and to help grow … whatever that is, in whatever direction they want to do.”

According to photos obtained by the Daily Mail, Williams stepped out with her newborn on October 29, in New York City, confirming the little one’s arrival. She was joined by Kail and their 2-year-old son, Hart. The My Week with Marilyn star is also mom of daughter Matilda, 17, with late actor Heath Ledger.

The Dawson’s Creek alum revealed she was pregnant again in May during a Variety interview.

“It’s totally joyous,” Williams told the outlet for its cover story at the time. “As the years go on, you sort of wonder what they might hold for you or not hold for you. It’s exciting to discover that something you want again and again, is available one more time. That good fortune is not lost on me or my family.”

Williams and Kail met while they were working together on FX’s Fosse/Verdon in 2018 and tied the knot in 2020. The Greatest Showman actress was previously married to musician Phil Elverum. Kail, for his part, was married to Broadway actress Angela Christian from 2006 to 2019.

Blackouts across Ukraine as Russia ramps up airstrikes on energy infrastructure