‘I’ll treat you like a princess,’ Josh* assured me down the phone.

At the time, I thought it was quite sweet. He was quite a few years older than me, and so I thought, as he asked me out, he was an old-school gentleman who liked to treat women well.

He’d seemed nice when I met him out in Brick Lane. Our groups of friends had ended up having a few drinks together and I’d wound up talking to him.

With his blonde hair streaked ever so slightly with grey and piercing blue eyes, I found him attractive. Josh talked about work, and he seemed genuinely interested in me, as we discussed our shared interest in marketing. He asked for my number as we were leaving, and I gave it to him.

We exchanged a few messages and spoke on the phone. So when we arranged a date, I was looking forward to getting to know him a bit better. 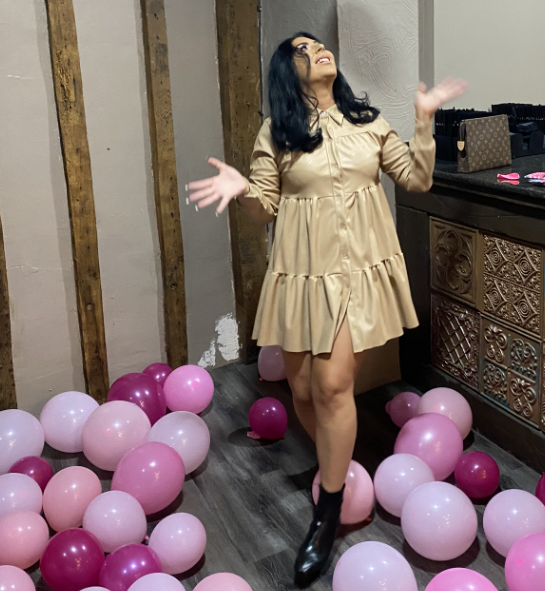 When I initially saw him I felt a bit giddy, filled with first date anticipation. But as we sat down, the energy shifted slightly. ‘Do you like champagne or cheap wine?’ he asked. I thought it was an odd thing to say, but apparently it didn’t need an answer, as he ordered the champagne anyway.

I brushed it off, and told him about my family in Cyprus and he jokingly tried to pronounce the few Greek words he knew.

But as the food arrived, he brought the conversation back round to money. ‘I want to treat you like a princess. You don’t have to worry about money while you’re with me.’

Suddenly, our light-hearted chat about good food and my heritage was completely forgotten, as he went on about the money he had.

Some of his brags included, ‘I have assets babe, I only drive classic jags’, and ‘I’ve got twin boys. They’re set for life, I made sure of that.’

As I watched him continue as he gobbled his main course, he became unattractive.

He must have seen I was unimpressed, because then he started making jokes – jokes that were clearly not jokes.

‘Have you got your credit card? Hahaha!’ ‘I’ve got cash, so if they only take card, dinner’s on you – only joking!’

This should have been enough for me to just up and leave but before I could, the waiter came with the bill. Josh snatched the receipt and shoved it in front of my face. ‘That’s a bit expensive,’ he exclaimed.

As I avoided the waiter’s eye, I burnt with embarrassment. I wanted the floor to swallow me up and get me out of that situation.

‘Just remain graceful and get away from this man as soon as you can,’ I told myself, trying to keep my composure.

‘Should we split it then?’ I asked politely. If I’m honest, I never thought he, who wanted to ‘treat me like a princess’ and had told me ‘not to worry about money’ would accept – but he did!

‘Ah you’re a diamond babe! You don’t mind splitting it do you?’ he said to me.

Furious, I gave him a tight-lipped, sarcastic smile, as I paid for my half of the bill. ‘Should we arrange another date?’ he asked again and again. Ordering an Uber, I nodded yes – but only to leave as soon as I could. ‘You’re such a fraud,’ I thought as I took one last look at him.

Of course I wouldn’t have minded paying half of the bill – if he hadn’t gone on about treating me so well earlier, ordered the champagne, then complained about how much it cost!

He text me a few times afterwards, which I ignored, then he sent me a final one saying, ‘I won’t be the mug who pays for all of your dinners!’ I blocked him after that.

I’d had my meal served with a side of bull – I certainly wasn’t going to asking for more.

*Name has been changed

You can find Sammi’s blog here, and follow her on social media here

So, How Did It Go? is a weekly Metro.co.uk series that will make you cringe with second-hand embarrassment or ooze with jealousy as people share their worst and best date stories.

Want to spill the beans about your own awkward encounter or love story? Contact [email protected]

Rush Hour Crush – love (well, lust) is all around us

Tell us about your Rush Hour Crush by submitting them here, and you could see your message published on the site.