Victoria will stage Australia’s largest and most ambitious contemporary music festival, with more than 100 events across Melbourne and the state, as the Andrews government and leading promoters seek to reboot a live entertainment scene unplugged by the pandemic and lockdowns.

Always Live, the brainchild of the late Michael Gudinski, is the first attempt to create a permanent home within Melbourne’s major events calendar for contemporary live music, with this year’s season to be punctuated by two events already on sale – Nick Cave at Hanging Rock and Billy Joel at the MCG – and a third blockbuster concert to be announced in coming weeks.

The full program will include stadium concerts in Melbourne and regional centres, country festivals, smaller pub and rooftop gigs and associated industry events concentrated from late November to mid-December. 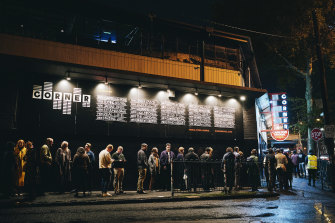 Although the concept was personally championed and developed by Gudinski, the founding chair of Always Live, it has been embraced by rival promoters, with Live Nation Asia Pacific president Roger Field and TEG chief executive Geoff Jones backing the festival and Cabinet’s decision to appoint Matthew Gudinksi, Michael’s son and heir to the Mushroom music empire, to the chairman’s role.

Field welcomed the creation of Always Live, a fully government-funded, not-for-profit company established with a single, explicit objective: to put Victoria and Melbourne atop the live music charts.

“It is hard to get anything other than absolute blockbuster music events on the agenda when you are competing with the grand prix or title fights or international soccer games,” Field said. “If Victoria and Melbourne want to consolidate themselves as the music capital, it is appropriate to have something that is just focused on music and live entertainment.”

Speaking to The Age from London, Matt Gudinski said his father had talked for more than 20 years about the need for a contemporary music event to showcase Melbourne’s industry and venues and deliver economic benefits to the state.

“Dad’s vision was contemporary music should have a platform just like Melbourne’s incredibly successful comedy festival,” he said. “It would be an umbrella that all promoters could position events under but would also showcase music in all shapes and forms.

“Too often people are dismissive of contemporary music but when every hotel room, venue and restaurant is full in Melbourne and the state is buzzing, I think people will truly understand the vision Dad originally had.”

Gudinski first pitched the concept of Always Live to Premier Daniel Andrews after he helped the premier and his wife Catherine secure tickets to see Joel at New York’s Madison Square Garden in 2017. From there, the idea of using government money to bring the Piano Man to Melbourne morphed into a 2018 election promise to stage a 10-day, statewide music festival.

The creation of a standalone season for live music in Victoria will add to the frenetic competition between state governments for the post-pandemic domestic tourist dollar, with NSW this week announcing its plans to host in October 2023 a version of South by Southwest, a cultural and business festival created in Austin, Texas.

So far, 43 per cent of tickets sold for Always Live events have been bought by people who live outside of Victoria. Minister for Tourism, Sport and Major Events Steve Dimopoulos said the festival would deliver a boost to regional economies, with thousands of concert goers expected to book local accommodation and restaurants.

Geoff Jones said once Always Live became established as an annual event, it would encourage promoters to bring out international acts to coincide with the festival. “It gives us an opportunity to be the focus, not just across one Billy Joel or Eminem concert, but multiple events at a variety of levels,” he said. “It will grow and blossom from this first-year experience.” 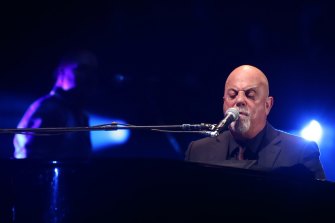 Always Live receives $13.5 million in funding – nearly all its revenue – from Visit Victoria, the government’s major events and tourism promotions agency. Visit Victoria also approves the appointment of its board members other than the chair, who is appointed by cabinet.

To accommodate Michael Gudinski as founding chairman of Always Live, Visit Victoria chairman Janet Whiting, an experienced commercial lawyer and president of the council of trustees of the National Gallery of Victoria, established strict rules to manage conflicts of interest on the board.

The company’s constitution prohibits directors from entering into contracts in which they have a personal material interest. A procurement subcommittee chaired by Village Roadshow’s John Kirby decides which acts to include in the Always Live program.

Matthew Gudinski said: “There are rigorous, formal processes in place that preclude me from participating in the assessment and decisions on whether to support any pitch to Always Live from Frontier Touring or any other Mushroom Group related entity.” 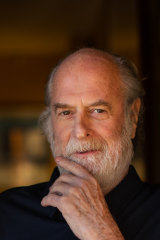 Michael Gudinski championed the idea of a contemporary live music festival to benefit the entertainment industry and broader economy.Credit:Simon Schluter

“I have no concern about Matt being the chair,” Jones said. “I know he is an honourable man; he is a music man and he wants the best for everybody.”

Plans for a music festival and Joel concert, provisionally scheduled for the winter of 2020, were mothballed by the pandemic. During Melbourne’s protracted lockdown, Michael Gudinski and Andrews developed a close friendship, with the Premier sharing the entrepreneur’s passion for vinyl records, single malt whiskey and reviving the state’s moribund live music scene.

In the depths of Melbourne’s second wave lockdown, Gudinski expressed optimism about his industry and city’s capacity to recover. “Melbourne is famous for the things that have been most affected, but we aren’t throwing in the towel,” he told The Age at the time. “We will be very keen as soon as we can get started. Hopefully, that is not as far off as people think. ”

He died in March last year at the age of 68, while the pandemic was still raging. A statue of Michael Gudinski outside the Rod Laver Arena was this year unveiled by rock icon Jimmy Barnes.

Gudinski’s original idea for Always Live was a 17-day festival spanning three weekends and featuring a “monster” event on each weekend. Always Live chief executive Steve Smith, a well-connected entertainment industry consultant who previously ran Australian Radio Network Melbourne, said the 2022 program would be “looser” in structure and spread across the year. 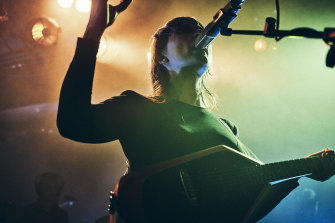 Cate Le Bon takes to the stage at the Corner Hotel in Richmond.

“The appetite is there now, we are encouraging people to gather and use music as a great tonic for getting back to life,” Smith said.

Smith said events chosen for the program would either be exclusive, like the Joel concert, or unique in setting or content. Government funds will be used to lower production costs so promoters and venues can book acts for performances that would otherwise be commercially marginal.

“If it is not exclusive there will be something special about the event,” he said. “The economic impact is a consideration with any event we are putting on but second to that, and really importantly, it is to promote Melbourne, Victoria and the suburbs to further cement the envious position of the live music capital of Australia.”

Aidan McLaren, the co-founder of the Ocean Sounds festival at Churchill Island, said that without financial support from Always Live, he wouldn’t have been able to secure Melbourne singer/songwriter Tash Sultana as the headline act. “It is Tash’s only show in Victoria for the year,” he said. “Fingers crossed that this is a regular summer and people want to get back out and support live music.”

At the start of this year, Always Live invited expressions of interest from promoters, festival operators and venue managers looking to be part of the program. Shows have so far been confirmed in Melbourne, Geelong, Queenscliff, Echuca, Horsham and the historic, Goldfields town of Carisbrook. The full program is expected be announced within the next month.

Forget Spotify Wrapped! Now you can find out just how BAD your music taste really is!