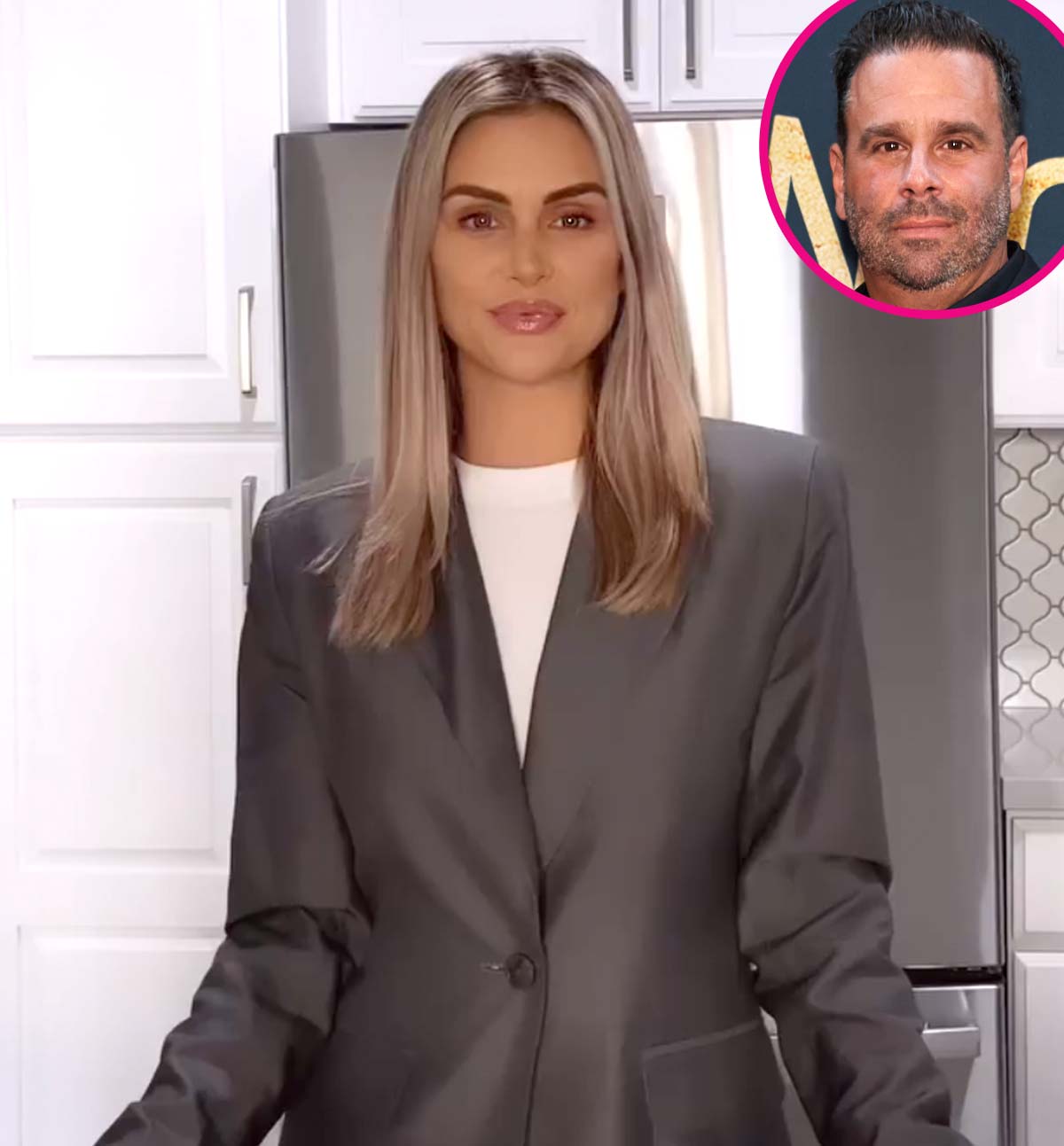 Making moves! Lala Kent gave fans a glimpse at her new pad after breaking up with Randall Emmett earlier this year.

Lala Kent and Randall Emmett: A Timeline of Their Relationship

Kent, who confirmed her split from Emmett, 50, earlier this month, briefly showed off her new abode — or rather, the kitchen space — while highlighting Starla Wines in a sponsored Instagram post on Monday, November 22.

“Hey, you guys. Welcome to my new place!” the Bravo personality said in the social media video, revealing an all-white kitchen, sleek cabinets and patterned backsplash. 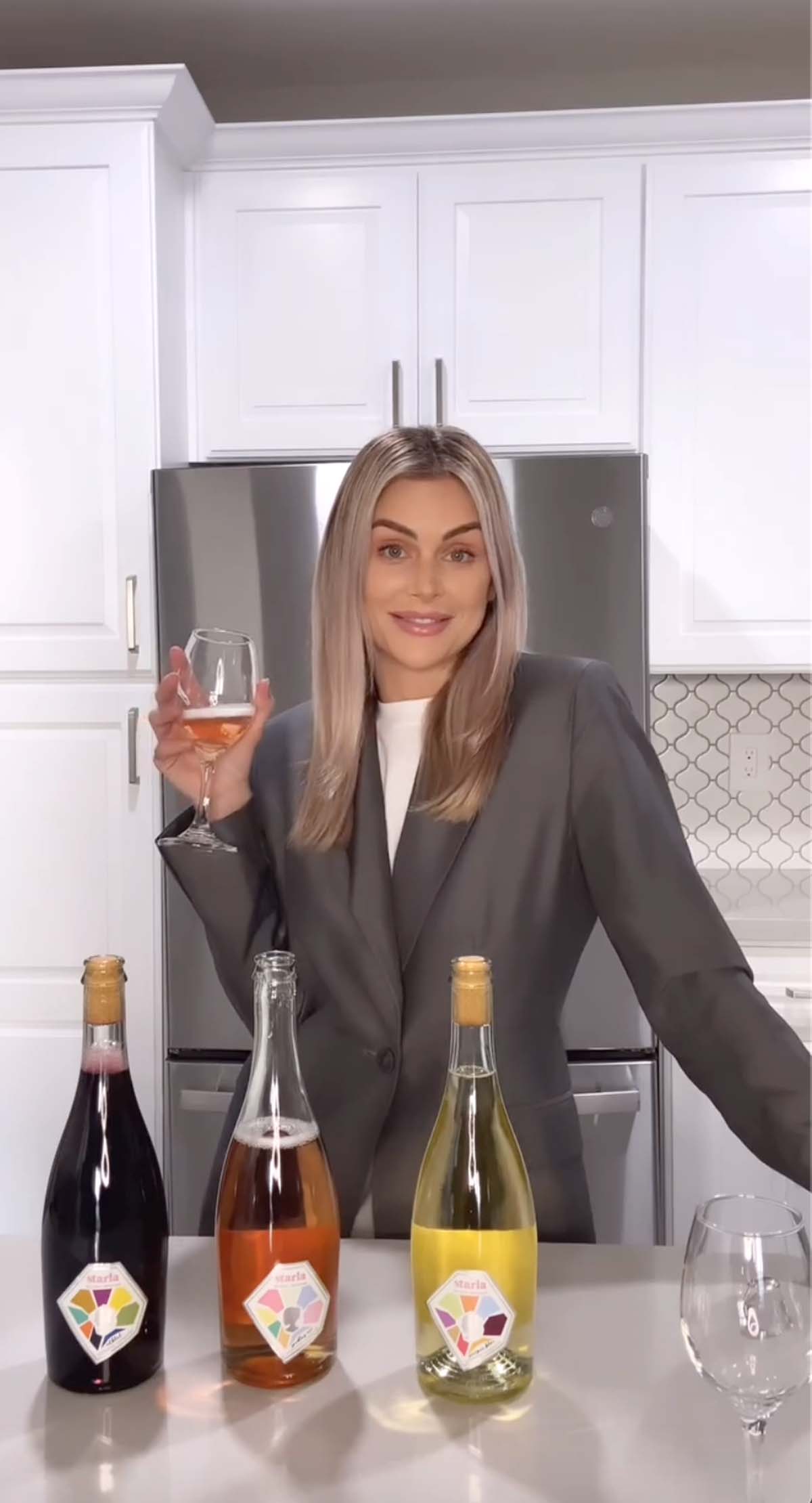 The Utah native stood in front of a silver refrigerator as she talked about the non-alcoholic wine brand.

“I am in desperate need for a drink … nonalcoholic that is,” she said in the clip after a trio of wines magically appeared on her counter. “I am obsessed with Starla wines. I have been sober for over three years. This is the perfect option to feel like you’re still part of the party.”

Everything We Know About Lala Kent and Randall Emmett’s Split

The Give Them Lala Beauty founder, who shares 8-month-old daughter Ocean with Emmett, also took to her Instagram Stories to thank her fans on Monday for their continued support after her breakup.

“I just want to say … I love & adore you all. The amount of love and support I’m getting is overwhelming and beautiful,” she wrote in a statement to her followers. “It does not go unnoticed. I feel blessed beyond belief.”

Kent continued: “My Give Them Lala squad rolls deep and you all for damn sure don’t f—k around. Thank you & I see you. I am forever grateful.”

The Give Them Lala Baby founder and the Midnight in the Switchgrass director got engaged in September 2018 after going public with their relationship earlier that year.

The pair originally planned to tie the knot in April 2020 but had to postpone the nuptials amid the COVID-19 crisis. Nearly one year later, they welcomed their daughter in March, but the parents split before Ocean’s first Thanksgiving.

Kent was spotted in Los Angeles in October without her engagement ring after previously sparking split speculation when she wiped all signs of Emmett from her social media accounts.

Us Weekly confirmed on November 3 that the duo had separated, with an insider exclusively saying, “Randall did not want to split but it was Lala’s decision. The trust is gone.”

The reality star addressed the separation during the November 3 “Give Them Lala … With Randall” podcast, noting “there will eventually be a time where I feel comfortable enough to open up and share,” but that “today is definitely not that day.”

Earlier this month, Emmett announced his departure from their joint podcast explaining during the November 17 episode that he was stepping back to “focus right now on family” and his film career. The producer is also the father of London, 11, and Rylee, 9, whom he shares with ex-wife Ambyr Childers.

Kent, for her part, revealed a podcast rebranding on Sunday, November 21, sharing that her new “Give Them Lala” podcast will launch on Wednesday, November 24.

“Of course, we will always spill the tea,” she said in a soundbite on the podcast’s Instagram page. “We’ll gossip about relationships, sex, betrayal, but most of all, we will all leave feeling inspired.”

Scott Disick Seems To Be Back In The Kardashians' Good Graces?!

Little woman recounts her shock at being called "it" while shopping