An expert’s opinion. Nick Viall weighed in on the dual Bachelorette format of season 19 — and he thinks it’s causing extra drama for Rachel Recchia and Gabby Windey.

Former ‘Bachelor’ and ‘Bachelorette’ Leads: Where Are They Now?

“We were all told, ‘They’re not gonna be pitted against each other,’ but — and I don’t know if it’s necessarily happening by design — I think this format lends [itself] to that happening,” the season 21 Bachelor, 41, exclusively told Us Weekly on Thursday, August 4, while promoting his upcoming appearance on Celebrity Beef.

“They’re told that people are gonna come in and want to date them, and they get to decide who they’re falling in love with,” the “Viall Files” podcast host continued. “And then when that doesn’t happen and someone is switching sides, it can really mess with their psyche. I think it’s obviously becoming a different show.”

The pilot, 26, and the ICU nurse, 31, have dealt with their share of messes since their season of The Bachelorette premiered last month. During week three, multiple contestants told Gabby they preferred Rachel over her, with Hayden Markowitz notably saying that the former cheerleader was “rough around the edges.”

The two leads decided they would each choose which men they wanted to continue pursuing at that week’s rose ceremony, but that also didn’t go as planned. Multiple contestants rejected Rachel’s roses, telling her they felt a better connection with Gabby. 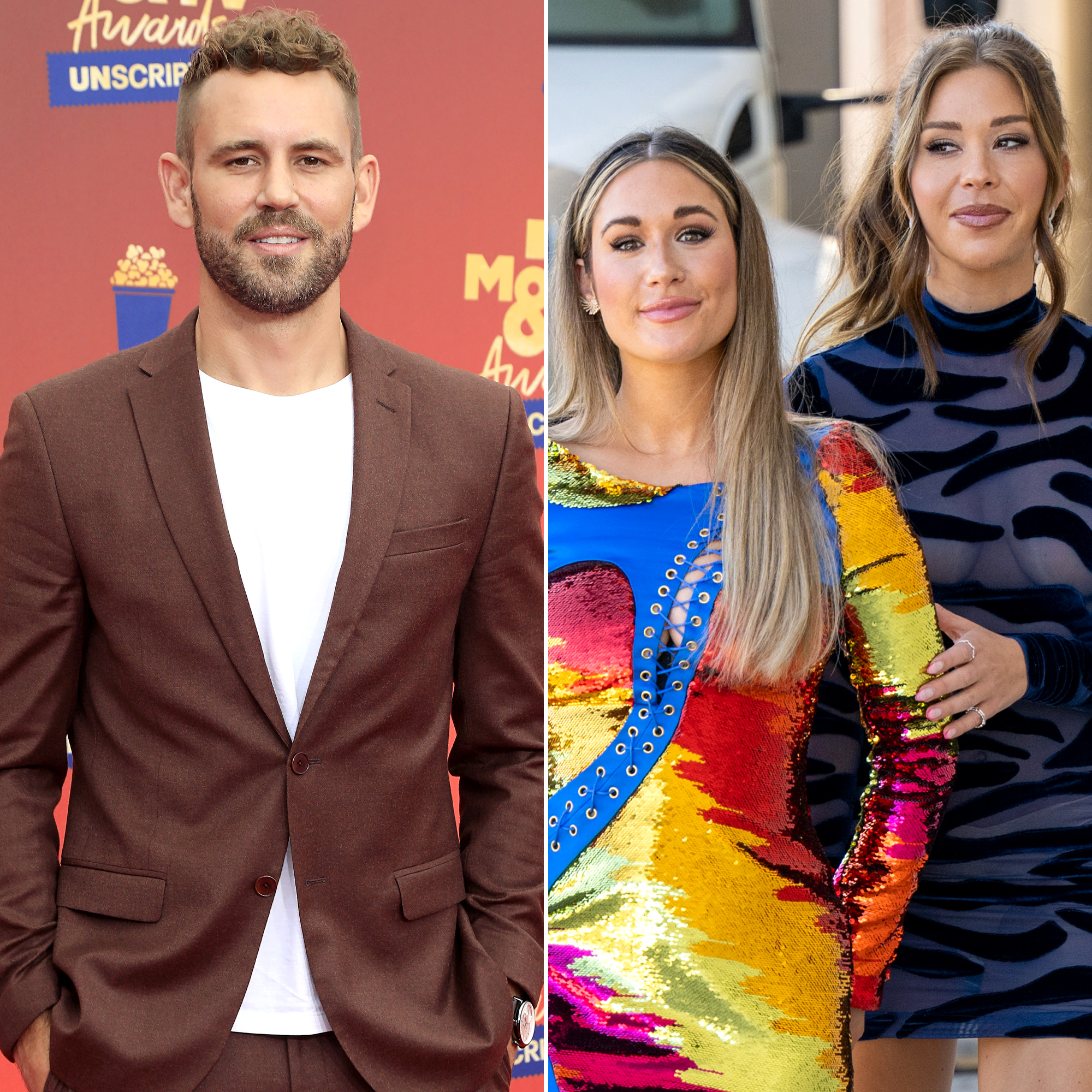 The drama continued during the Monday, August 1, episode when Logan Palmer — who’d previously accepted Rachel’s rose — told host Jesse Palmer that he still has feelings for Gabby. The California native, 26, hasn’t yet confessed his conflicted emotions to the women.

‘Bachelorette’ Contestants Who Won 1st Impression Rose: Where Are They Now

“I hope for Rachel and Gabby that we see them both not let this rejection get in their head and focus on what seems to be some really nice connections that seem to be starting to develop,” Nick told Us. “I hope that they no longer let it get to them, but rejection can be tough.”

The Wisconsin native added that he’s “not a huge fan” of the dual leads format so far, but he’d still like to see what would happen if the show had two male leads instead.

“I think it would be cool to have a season with two Bachelors — just to even it out, so to speak,” he told Us. “I think it’s only fair or right to see that dynamic with a couple of men and see how they handle that challenge.”

Ben Higgins, for his part, doesn’t think he could handle having a second Bachelor embarking on a journey alongside him. “I think it’d be hard,” the season 20 Bachelor, 33, told Us. “I don’t care if it was my best friend. … Maybe I’m very jealous, maybe I’m envious. You could say all the things [associated] and they would probably be true, but it would just be uncomfortable all the time.”

While Ben and Nick didn’t have to worry about competing as dual Bachelors, they will face off in an upcoming episode of Celebrity Beef, hosted by Joel McHale. The pair will compete in a head-to-head cooking battle, with the victor winning a trophy and a $10,000 donation to the charity of their choice.

In real life, however, the twosome don’t have much metaphorical beef to squash. “We’re friends, with a rivalry that is healthy,” Ben explained.

Despite their friendly rapport, the show gave Nick a different view of Ben than the one Bachelor fans saw on TV. “He likes to be, like, a really sweet person,” the Don’t Text Your Ex Happy Birthday author joked. “I know he’s got a dark, vindictive side.”