Would you wear your favorite celebrity’s face from head to toe?

Noah Cyrus isn’t afraid to bare it all.

The “July” singer stepped out during Paris Fashion Week 2023 on Tuesday, wearing a deeply plunging, nipple-freeing Stéphane Rolland Haute Couture gown with a large chain detail at the chest.

Cyrus, 23, paired the clingy back open-front design with tights and black heels to match her Morticia Addams-like locks, and rocked bleached eyebrows for a spooky look.

The star showed off multiple outfit changes in just a couple of days, wearing a printed catsuit to sit front row at Marine Serre’s show, a bejeweled strapless gown at Miss Sohee and a sheer pleated gown layered over a bedazzled bikini at Alexandre Vauthier.

She also posted a series of Instagram photos from the Arturo Obegero show, clad in a transparent baby blue gown with a crossover neckline and nothing beneath. 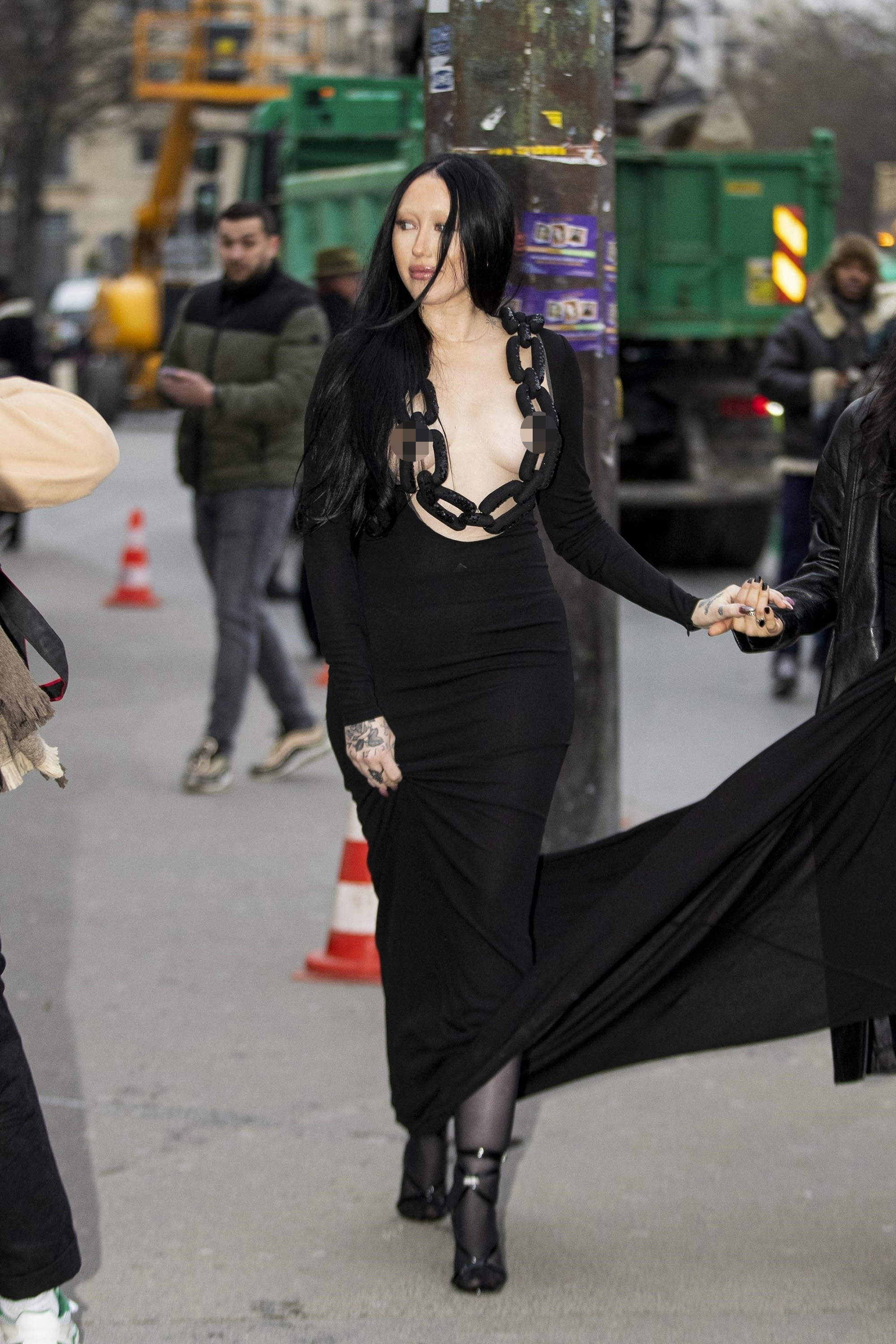 Fans joked about the singer’s daring ensemble in the comments.

“eye brows [sic] and bra gone…..,” one person said. Another asked, “Why does she look like Lady Gaga had a baby with Marilyn Manson?” and several commented about the frigid temperatures on France.

Miley Cyrus’ younger sister has never been shy when it comes to her body; she celebrated her 23rd birthday earlier this month by posting a series of photos of herself flashing her breasts, her nipples covered by star emojis. 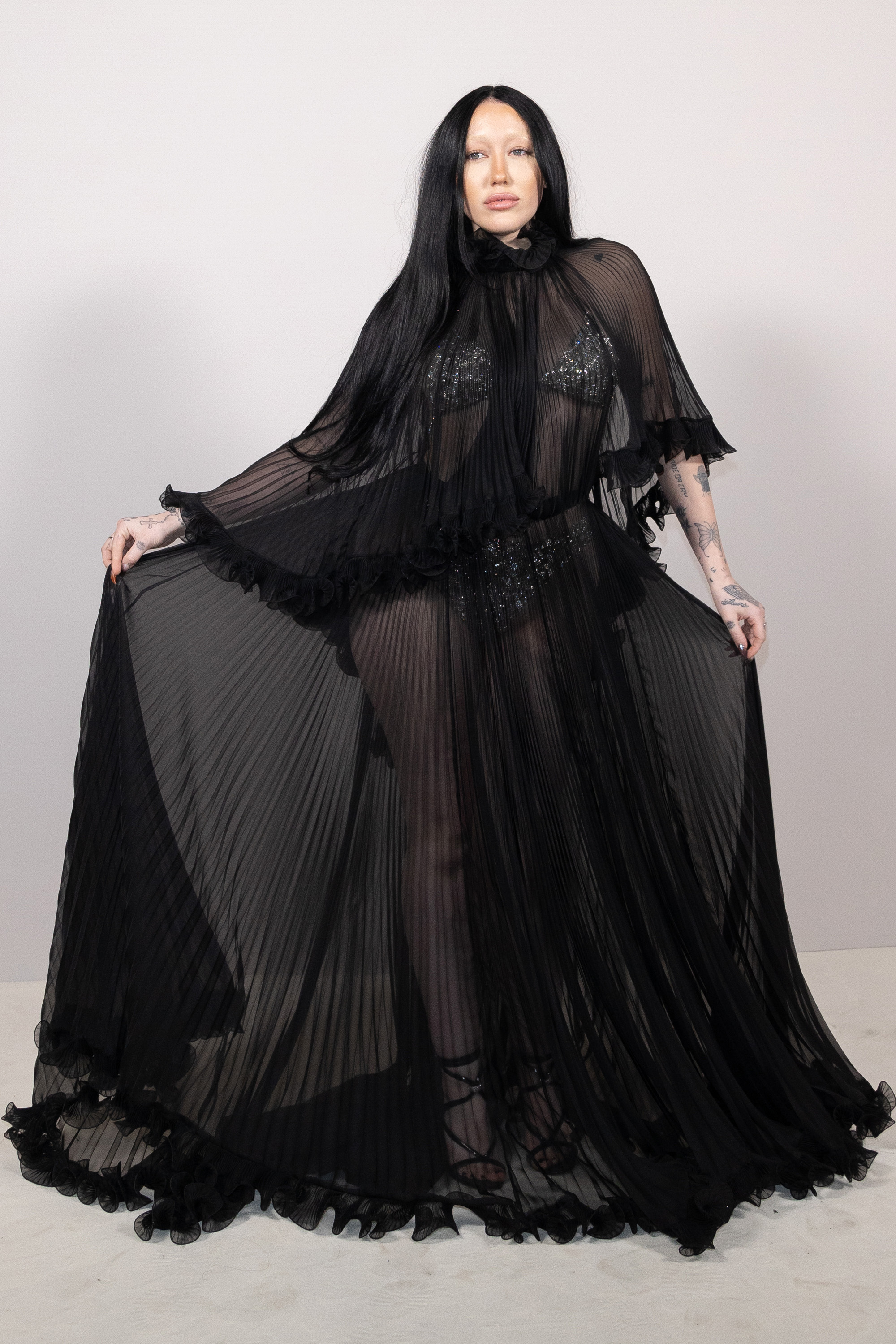 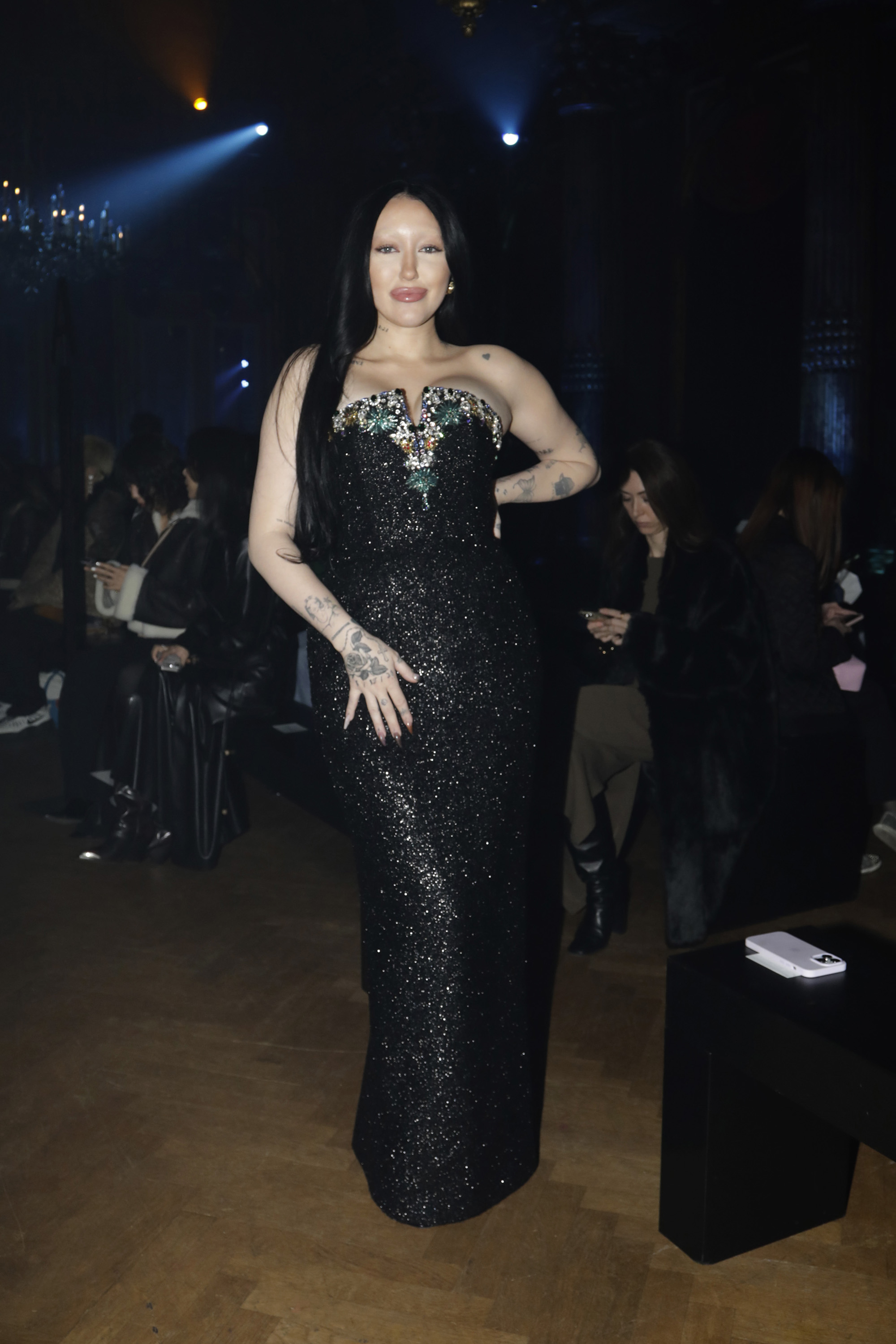 Last year, she wore a sheer red Jean Paul Gaultier gown to perform on “Jimmy Kimmel Live,” and she made waves in 2020 when she performed in a nude catsuit and bedazzled bikini at the CMT Awards.

After starting 2023 with a bang, we can only imagine what Noah has in store for the rest of the year.

How to Watch Concerts and Broadway Shows During the Coronavirus Shutdown

Who is Peloton instructor Cody Rigsby?