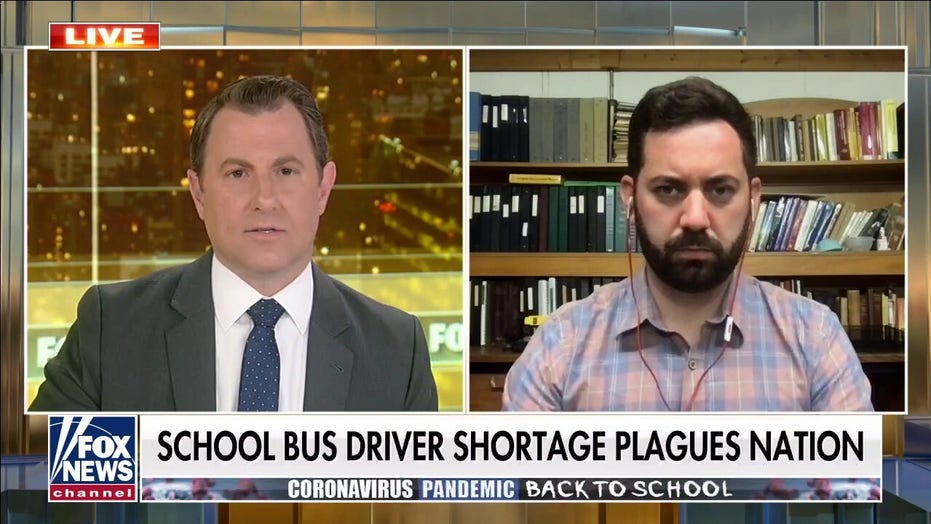 As the country still suffers from bus driver shortages, parents and schools are left to navigate long delays paired with uncertain arrival and departure times.

Kat Leibe, from Charleston, South Carolina, has a 10-year-old daughter who takes the bus to and from her school in the Charleston County School District.

After the first day of school, Leibe said the bus was supposed to drop her daughter off at home around 4:12 p.m. About 30 minutes after that, she said she received a call from the principal saying the buses hadn’t even arrived at the school and that parents should expect their children to get home 15 to 45 minutes later.

“We didn’t know where they were,” Leibe said. “And the poor bus drivers are doing multiple routes. I wasn’t upset with them, just the situation.”

Leibe said during the first few weeks, the buses were still pretty delayed, which made life especially challenging for Leibe, who runs her own business. 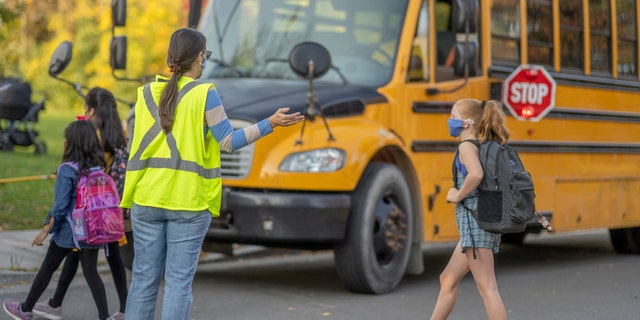 School districts across the country are still struggling with bus driver shortages.
(iStock)

“If her bus is late picking her up, I’ve had to cancel clients, which means I’m losing money because I don’t get paid time off or anything,” Leibe said, adding that her daughter also takes after-school dance classes.

“If she’s late getting off, she’s missing classes that I’ve paid for,” Leibe said. “It’s a snowball effect.”

She added: “You feel bad for [the kids] because they get on the bus, they leave for school at let’s say, 8 a.m., and then to not get home until almost 5 o’clock at night, is a long day.”

“We understand the frustration families feel when there is a service issue,” First Student said. “At First Student, our goal is to always transport students in a safe and timely manner.” 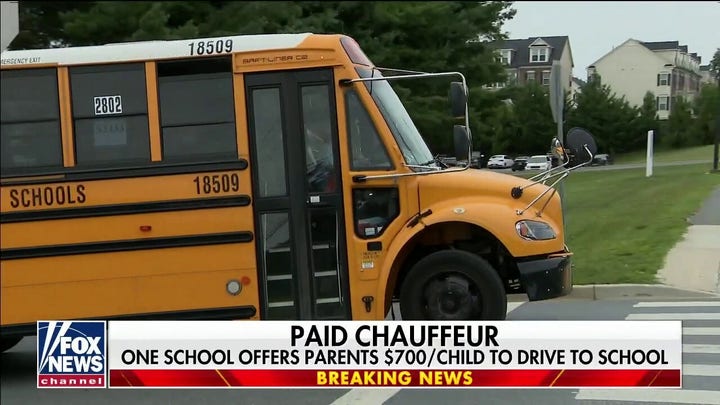 The company said it is actively recruiting, hiring and training drivers. As those drivers are being prepared to join the fleet, the company has had to double some bus routes, leaving some drivers to cover multiple routes, one after the other.

“While this can create delays, it enables us to provide service to as many students as possible,” the company said.

CCSD told Fox News in a statement that it has also combined “nearly 20 of the current 400 routes,” based on low numbers.

“We recognize the challenges we face, and First Student faces, in this current economic climate while trying to serve students and families in 80-plus schools and programs spaced out over 1,000 square miles,” CCSD said. “However, our district and our main transportation partner remain committed to providing safe, on-time transportation for all students who choose to use this service.”

Leibe is not the only parent facing transportation uncertainty. This month, Maryland mother of four Davi Dewberry told Fox & Friends that mornings before school have been “hectic” amid the shortage, with her son’s bus sometimes not showing up at all.

“So we’re having to, at the last minute, scramble to get him to school and get my daughters ready … so it’s chaos in the mornings,” she said.

According to the State of School Transportation 2021 Report from the vehicle for hire company HopSkipDrive, 78% of surveyed respondents were constrained by the bus driver shortage and 81% reported that COVID-19 has exacerbated existing shortage issues.

Now, many U.S. schools and districts are getting creative. 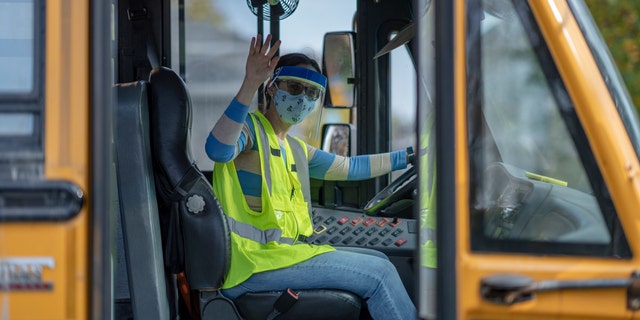 One school district in Texas has coaches fill in as substitute bus drivers.
(iStock)

The Princeton Independent School District (ISD) in Princeton, Texas, is bringing on some of its coaches to help fill in for bus drivers.

Eric Lockman is a career prep and entrepreneurship teacher at Princeton High School, as well as the school’s head coach for the boys basketball team and a substitute bus driver. He said that as a coach, he has to have his commercial driver license (CDL), which makes it easy for him to help out.

Bass confirmed to Fox in an email that EastSide did move forward with its plan to pay parents to drive their children to and from school. The initial hope for the program was that the school could use its current transportation funding to avoid adding to the state’s debt. 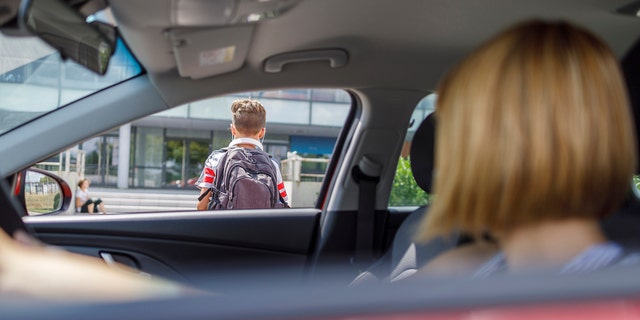 EastSide Charter School in Wilmington, Delaware, is paying parents $700 per child for the year to drive their kids to and from school.
(iStock)

However, Bass said that the Department of Education declined to allow the school to use its state transportation fund for the program.

“As a result, we have started fundraising for it as we have no other alternative,” Bass wrote in an email. “We are blessed that our greater community has responded so positively. Our New Castle County Executive has even contributed $60k to ensure that children are able to get to school.”

“We have seen an increase in parents opting into the program as a result of consistent major delays with buses,” Bass said.

Though the option to pay parents is new for EastSide, other districts have implemented similar programs.

Last year, the School District of Philadelphia started offering parents $150 for each month that their children opted out of school transportation, according to the district’s website. It has continued the program this year.

Uber wants to make it easier to get the airport