A two-and-a-half-year-long inquiry into the Berejiklian government's decision to relocate the Powerhouse Museum to Parramatta has urged the billion dollar project be immediately abandoned as it raised fresh doubts over the adequacy of the new museum's international design brief.

The Powerhouse Museum should instead be restored to its former glory and Parramatta given its own world-class institution, the upper house committee found in a report timed to exert maximum political pressure on the government four weeks out from the state election. 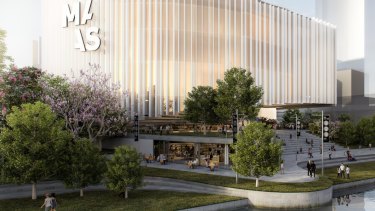 An artist’s impression of the new Powerhouse Museum at Parramatta.

The final report of the seven-member upper house inquiry also raised fresh questions about the conduct of staff members at the discredited 2018 Fashion Ball fundraiser which cost three times as much as it raised. Former Powerhouse Museum director Dolla Merrillees stepped down soon after.

In-camera evidence published for the first time reveals the committee heard testimony from a witness backing up claims in Parliament that some staff members and their invited guests "took advantage of [the alcohol] and … were all very, very drunk". These individuals were observed dancing drunkenly on a catwalk and some were also later found in the director's office with "bottles of … champagne and vodka".

The international architectural design brief for the new museum, launched last month, came in, too, for stinging criticism with the committee finding it failed to comply with the minimum requirements set down by the museum's board and paid only scant attention to the museum's world-renowned collection.

The brief did not provide the focus, or information needed to understand the "real treasure of the Powerhouse" – its unparalleled collection of artifacts and objects. 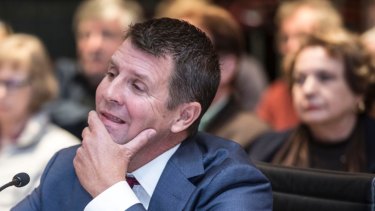 "Of an 80-page report reference to the Powerhouse's renowned collection that comprises more than 500,000 objects, including a 1785 Boulton and Watt steam engine and the Catalina flying boat that made the first flight across the South Pacific to South America, amounts to a four line paragraph," Greens MP David Shoebridge said.

"That blew my mind. It proves that the project is a real estate deal dressed up as a cultural investment".

In addition to chairman Robert Borsak of the Shooters, Fishers and Farmers Party, the committee comprised Shoebridge and Labor MPs Shaoquett Moselmane and Walt Secord, as well as three government MPs – Liberals Scott Farlow and Shayne Mallard, and Nationals MP Ben Franklin, who were in the minority.

The Fashion Ball controversy also pointed to the state of management at the Powerhouse Museum, and the deterioration in culture and the oversight role the Board of Trustees had of museum management and operations.

"In the committee's view, passing this event off as success in building relationships is preposterous and out of touch with community standards for the spending of public money," the report said.

"This event has clearly weakened the reputation of the museum, at a time that is already very challenging for the organisation."

The committee held 12 public hearings and received 173 submissions and 34 supplementary submissions since it was established in June 2016.

"The Committee remains unconvinced that the relocation of the Powerhouse Museum to Parramatta is necessary, represents good value for money, fulfills the needs of the people of Western Sydney, or responds to the various concerns voiced by passionate stakeholders who have come before this inquiry," the report said.

The government's full business case was no more than a political document to justify relocation, it said.