On Monday, September 12, the “SNL” star made a surprise appearance at the 2022 Emmys to present the award for Best Comedy Series, dressed in a low-key outfit that happened to have a major place in ex Kim Kardashian‘s past.

The rapper wore the same jacket in black while accompanying then-wife Kardashian to the “Camp”-themed Met Gala in 2019. His understated look was an attempt to draw attention away from himself and toward the Skims founder, whose wet-looking Thierry Mugler dress and waist-whittling corset made her the talk of the night. 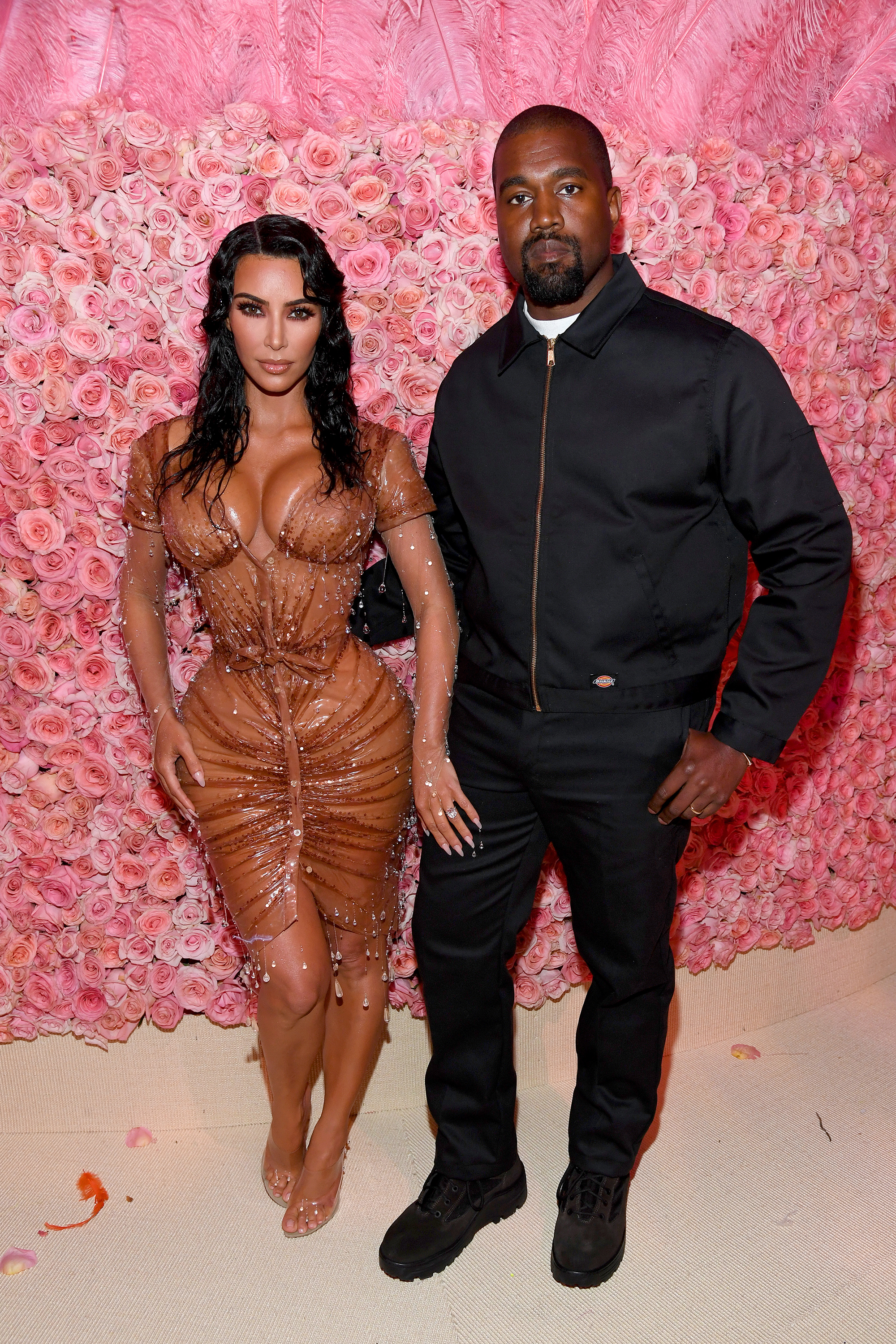 Her sexy look was a point of controversy for the couple, who fought about the dress on an episode of “Keeping Up With the Kardashians,” with West memorably telling her, “You are my wife, and it affects me when pictures are too sexy.”

“You built me up to be this sexy person and confidence and all this stuff, and just because you’re on a journey and transformation doesn’t mean I’m in the same spot with you,” Kardashian shot back at the time. 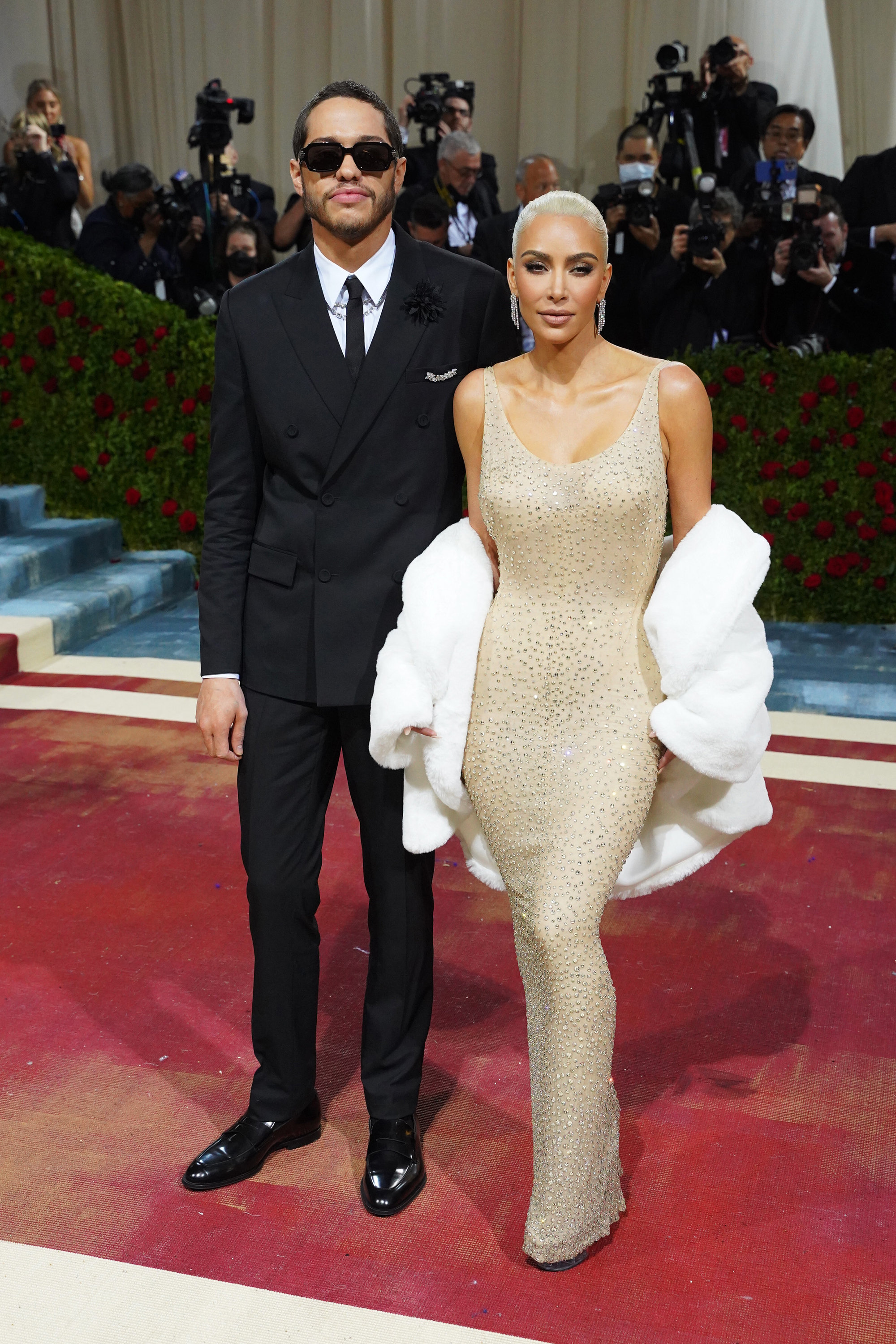 And she didn’t stop wearing sultry looks after their divorce; when Davidson accompanied Kim to the 2022 Met Gala several years later, the reality star was once again the center of attention, this time by borrowing Marilyn Monroe’s “Happy Birthday, Mr. President” dress for the night.

Perhaps Davidson’s Emmys look was a nod to the pair’s past as well. Kardashian bleached her hair platinum blond for the Met in an effort to fully channel the “Some Like It Hot” star — and Davidson later followed suit with a blond dye job of his own. 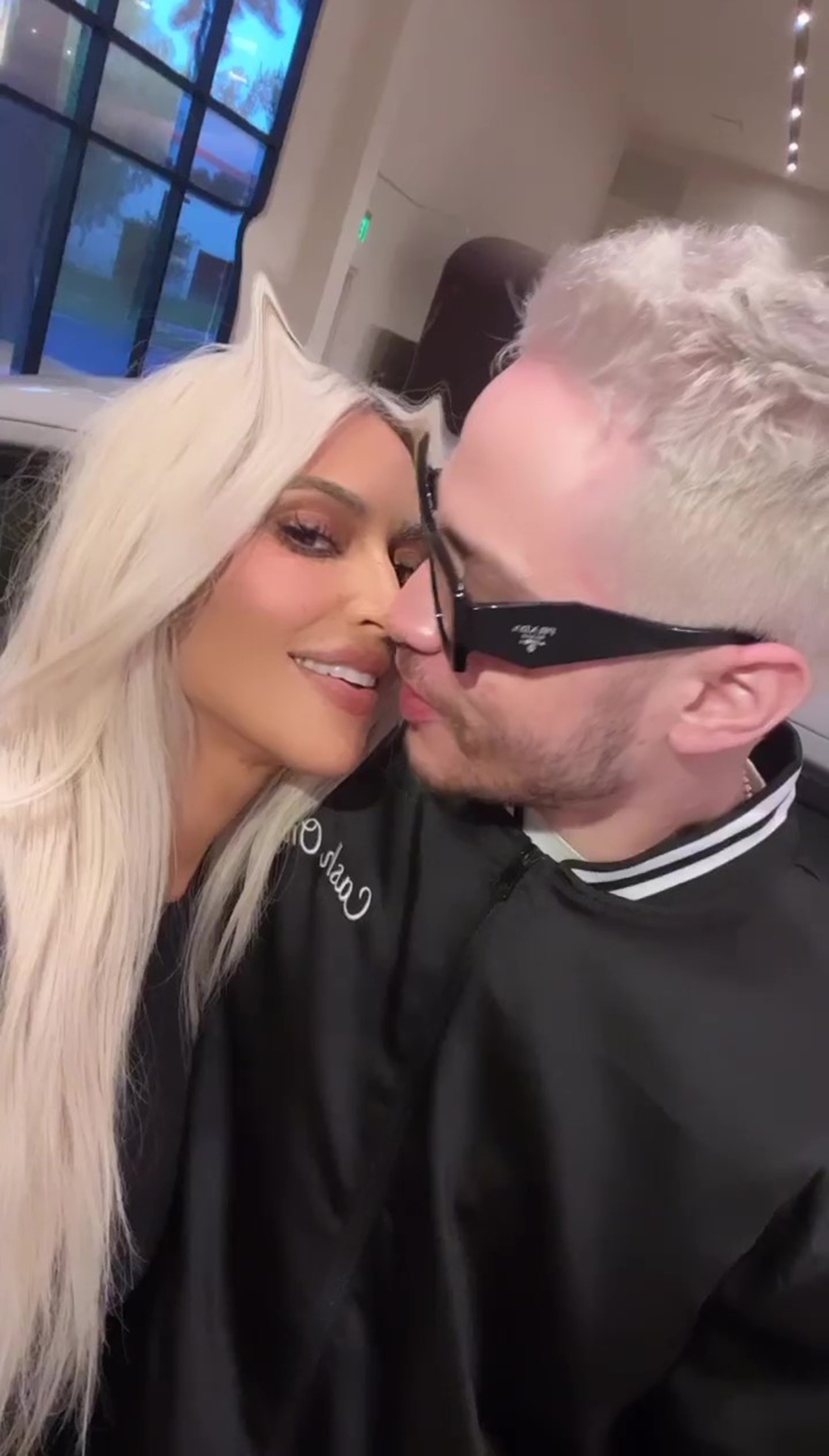 Though he went back to brunette last month shortly after their split, the “King of Staten Island” rocked a bleached ‘do once more at the awards show.

Could this mean the two have reunited? Or is Davidson trying to win his ex back with his style? 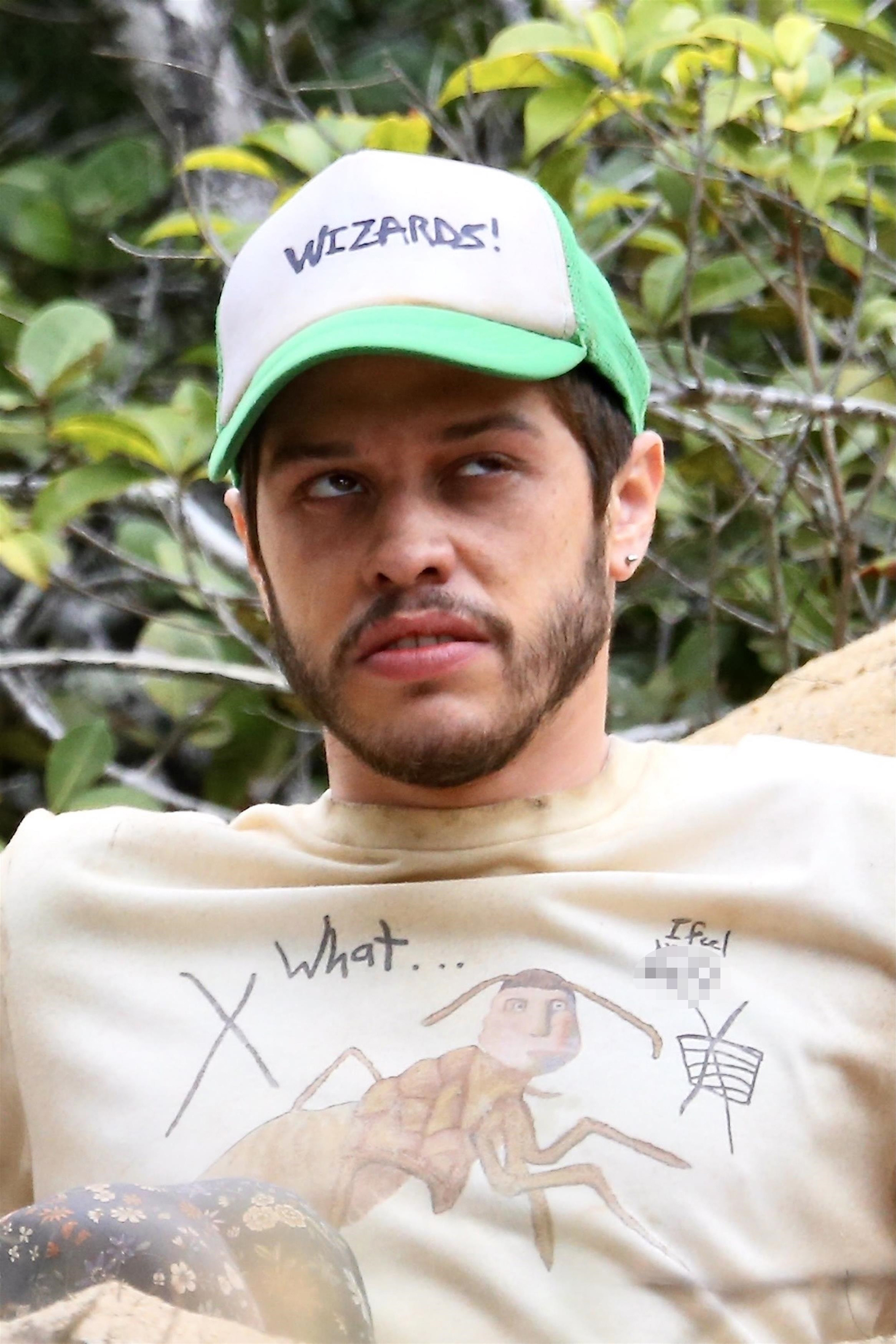 Down with the puffer jacket and other crimes of fashion