Pret A Manger has announced it will be launching its first vegan cheese sandwiches this month – in time for Veganuary.

The new options, which the eatery says are aimed at vegans, flexitarians or those looking to try new tastes, will launch in Pret stores across the UK from tomorrow (January 11).

Hitting the shelves are the Spicy No’duja Toasted Focaccia and the Plant Based Ploughman’s Baguette.

Both of the sandwiches contain dairy-free Violife slices, marking the first time the chain has used a cheese alternative in its offerings. 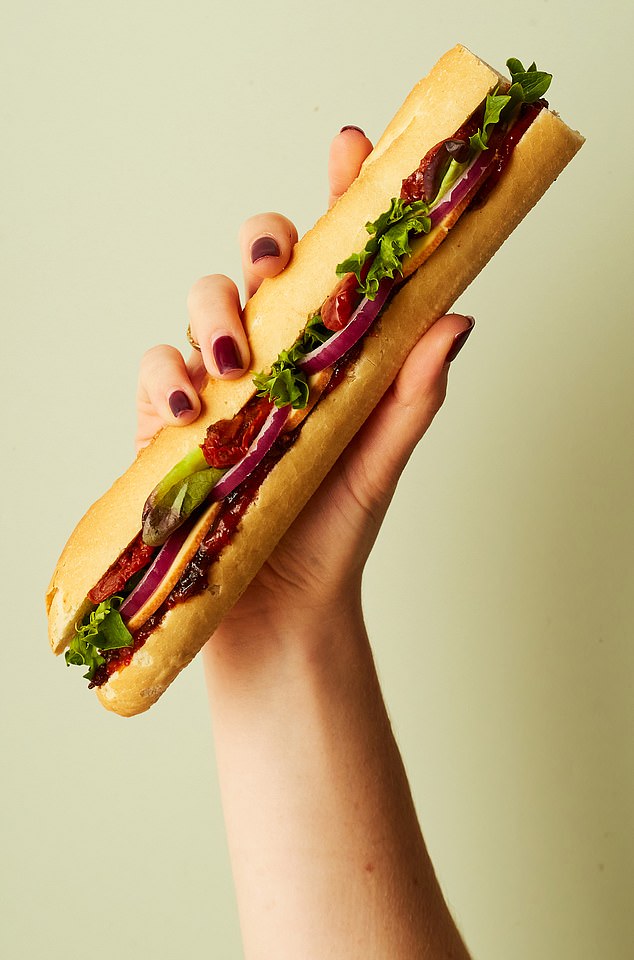 Pret A Manger is launching two new vegan sandwiches which will be available in its stores from tomorrow (pictured: the Plant Based Ploughman’s Baguette)

According to the sandwich chain, the vegan cheese slices have a  hickory smoky rind, and are free from dairy, lactose, soya, gluten and preservatives. 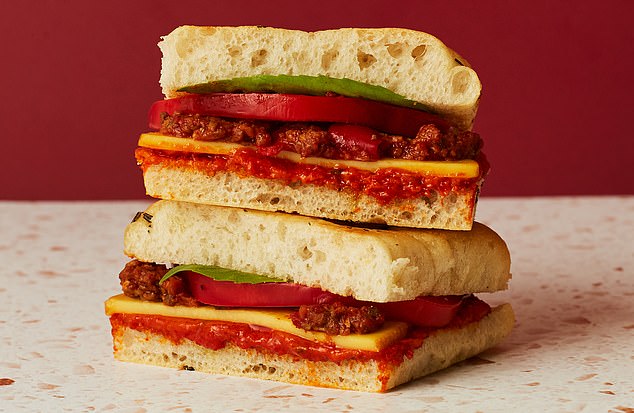 The sandwich chain is also adding the vegan Spicy No’duja Toasted Focaccia to its menu. It will be available from tomorrow

‘100 per cent plant based, the tasty Violife Smoky Cheddar Slices mean all Pret stores will have more options for all dietary requirements when on the go or grabbing a bite to eat with friends, whilst enjoying the delicious tastes and textures they expect from Pret’s range.’

Pret joins a range of big name brands which have brought out major new vegan launches this month.

Among them is McDonalds, which released its Double McPlant burger last week.

The supersize burger, which launched in all restaurants across the UK and Ireland from January 4, boasts two vegan patties from plant-based brand Beyond Meat. 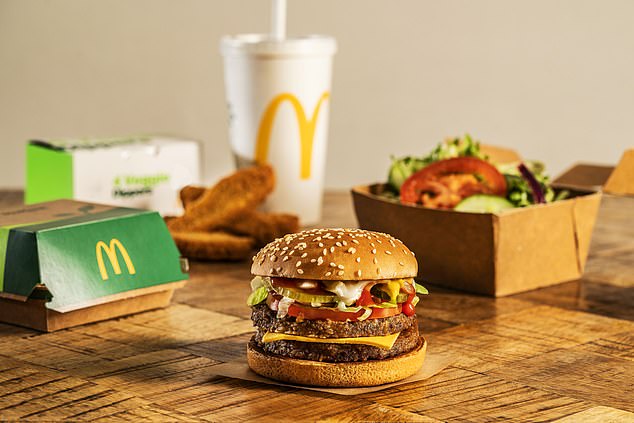 It is vegan certified and cooked separately from other McDonald’s burgers and sandwiches, using dedicated utensils.

The chain’s latest development follows the launch of its McPlant burger, which the brand says took three years to develop, and has ‘proved wildly successful with customers’ since its launch in September 2021. 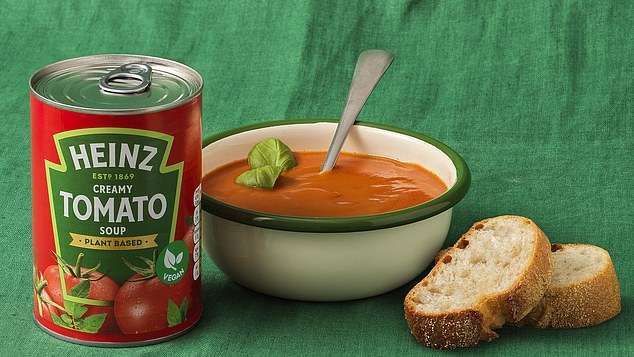 Another notable vegan launch this month has been Heinz’s new versions of its traditional tomato soup and beans with sausages.

According to the canned food giant, its new plant-based offerings – which are available in Sainsbury’s via Ocado – boast the same flavour as their traditional counterparts, but without any animal-derived ingredients.

It says the release follows calls made by ‘numerous fans’ over the years, as plant-based diners requested vegan versions they too could enjoy.

Are ‘healthy’ posh crisps anything but? With up to 588 calories a bag, they’re the party snack you may regret

My new year dinner fit for a MasterChef: Nikita’s the new champion of TV’s toughest cookery show. But there’s only one critic who really matters — her mum. Here they present a showstopping feast they promise is as easy as pie to make

I tried the viral Instagram bag on wheels – it's a gamechanger & is so multifunctional for shopping, laundry & toys | The Sun