Home » Lifestyle » Princess of Wales is elegant in £1,200 burgundy suit

Business as usual! Princess of Wales is elegant in £1,200 Roland Mouret burgundy suit as she meets with wheelchair rugby athletes after Harry’s bombshell attacks

The Princess of Wales looked elegant in a £1,200 Roland Mouret burgundy suit as she stepped out in Hampton Court this afternoon to meet wheelchair rugby players.

Kate, 41, looked calm and collected as she arrived at Hampton Court Palace in the wake of a growing fallout from Prince Harry’s bombshell memoir, Spare.

The mother-of-three turned to one of her favourite brands Roland Mouret for today’s engagement, opting for a two-piece suit she previously wore during her tour of Boston last year.

While the Princess previously wore her bespoke £750 blazer and £450 trousers with a pink blouse, the mother-of-three braved the cold temperatures today in a thin white knit. 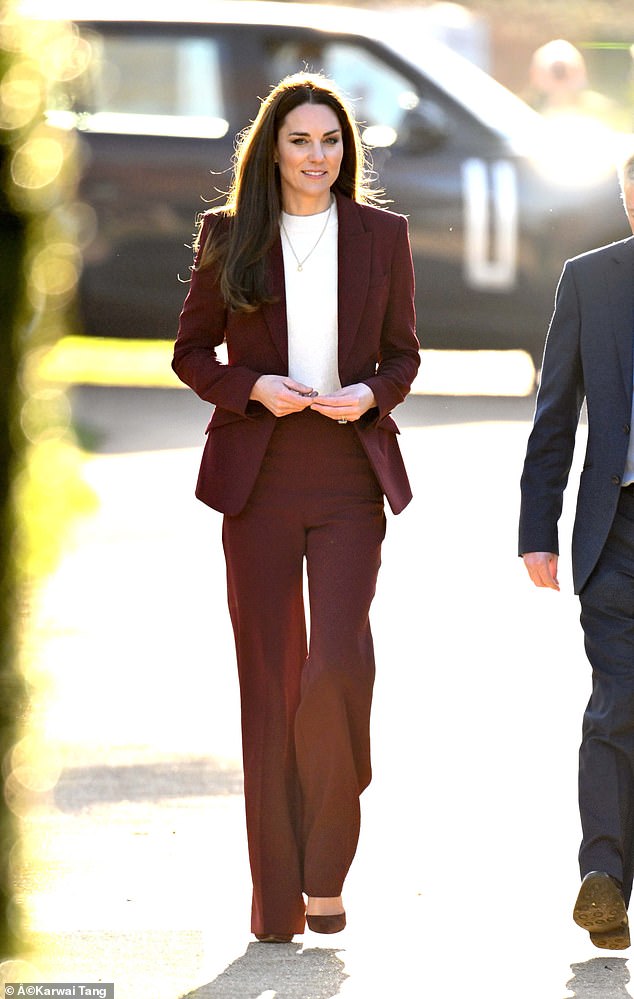 Her solo outing follows a trip to a nursery in Luton yesterday where she larked about with children and discussed early years development.

This morning Prince William also made a solo trip to a homelessness charity in London where his late mother Diana had taken on engagements in the 1990s.

Despite an almighty fallout from his brother’s memoir, Prince William looked professional as ever on his visit to Depaul UK this morning, following Kate’s first solo outing yesterday since the book was released.

During the visit, he met with people who use the service now or have used it in the past, as well as staff members from employability and education programmes run by the charity. 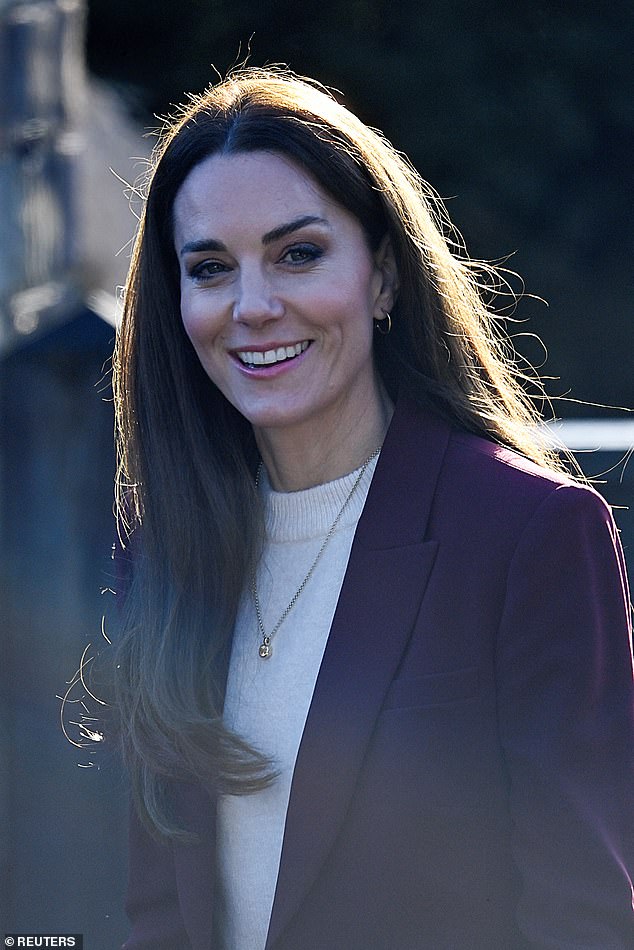 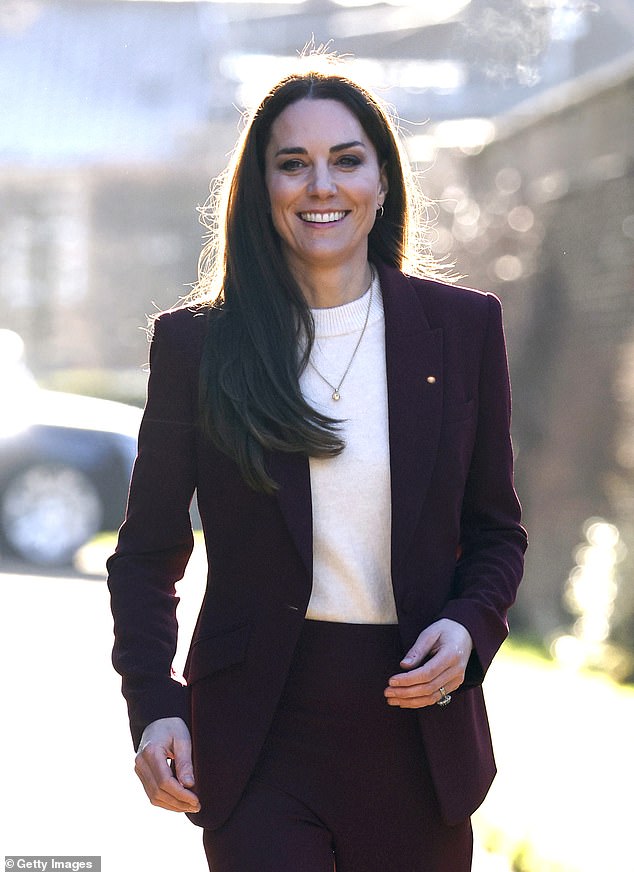 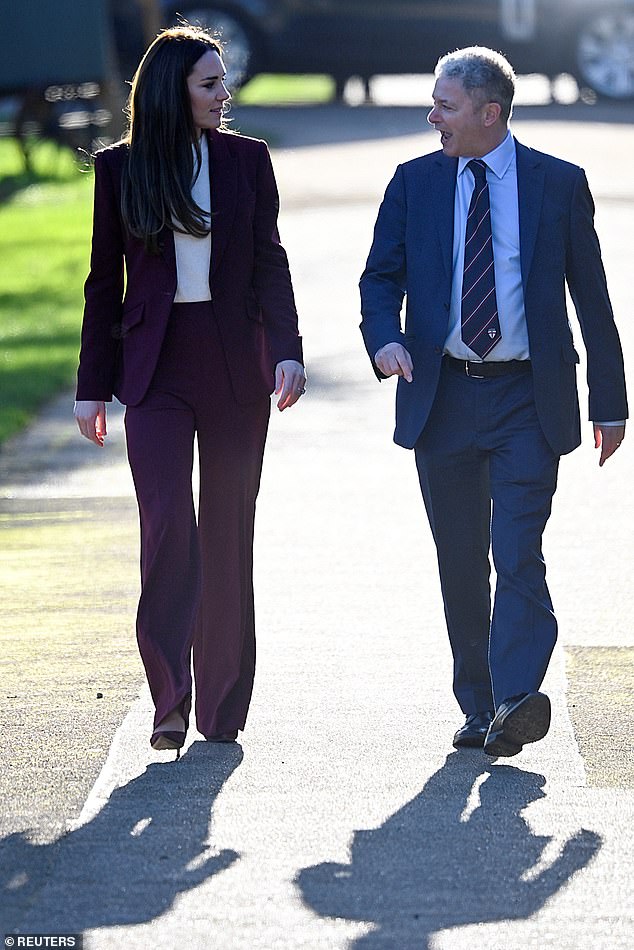 The Princess of Wales was pictured walking with with Simon Johnson, Chair of the RFL (Rugby Football League) 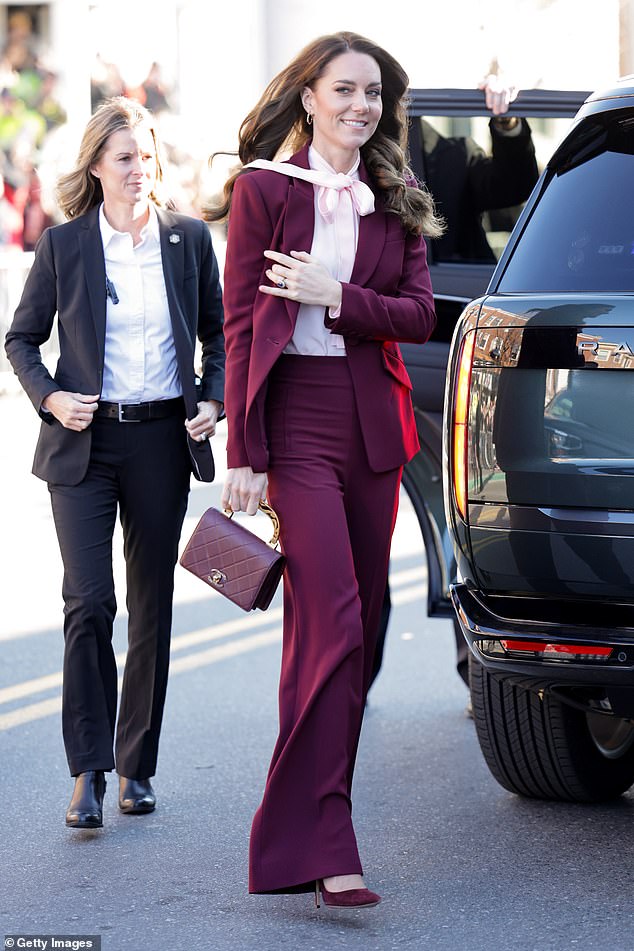 The duke has made working with the homeless one of his key missions as part of his royal duties.

He is patron of Centrepoint homeless charity and in 2020 revealed that he talks to his older children Prince George, now eight, and Princess Charlotte, now seven, about the issue of homelessness.

Speaking to Mary Berry for her Christmas special A Berry Royal Christmas, he said: ‘On the school run already, bear in mind they’re six and four, whenever we see anyone who is sleeping rough on the streets, I talk about it and I point it out and I explain why and they’re all very interested. They’re like: “Why can’t they go home?”‘

It was Kate’s second appearance since backlash against the Duke of Sussex mounted after the Iranian regime used his admission that he killed 25 Taliban fighters to justify its execution of British-Iranian national Alireza Akbari, 61.

Iran’s foreign ministry posted on Twitter that the UK was ‘in no position to preach’ on human rights after Harry’s comments.

Iran murdered Alireza Akbari after he was accused of being an MI6 spy.

And the Duke of Sussex has now been described as a ‘stupid boy’ for his comments in Spare, in which he also described those he killed as ‘chess pieces’.

‘While all decent people will reject Iran’s lies, many of their supporters will be strengthened by the ayatollahs’ exploitation of the duke’s ill-judged comments.’

What is the Law of Compensation?