After tuning into Chris Harrison’s new venture, Rachel Lindsay has determined that “The Most Dramatic Podcast Ever” isn’t a show meant for her — and she’s OK with that.

Nick Viall’s Season 21 of ‘The Bachelor’: Where Are They Now?

“A lot of people, as you would imagine, have hit me up — either asked me what I think, asked me if I’d listen. Or sadly — and a lot of it — it has brought up all the attacks that I got from before when this happened almost two years ago,” the former Bachelorette, 37, began on a recent episode of her “Higher Learning” podcast. “A lot of the social media attacks and the DMs have started again because it’s bringing up something that happened almost two years ago. So I’m not going to speak too much to it. … Some people [have sent] support, you know, or like, ‘I don’t like the way that he addressed it … your name wasn’t mentioned.’ Which, when we talked about when this podcast was announced, I said, ‘He’s going to talk about how he feels, he’s not going to mention my name.’ Why would he? This is his opportunity to tell his side of it because he hasn’t before, which he totally has the right to do.” 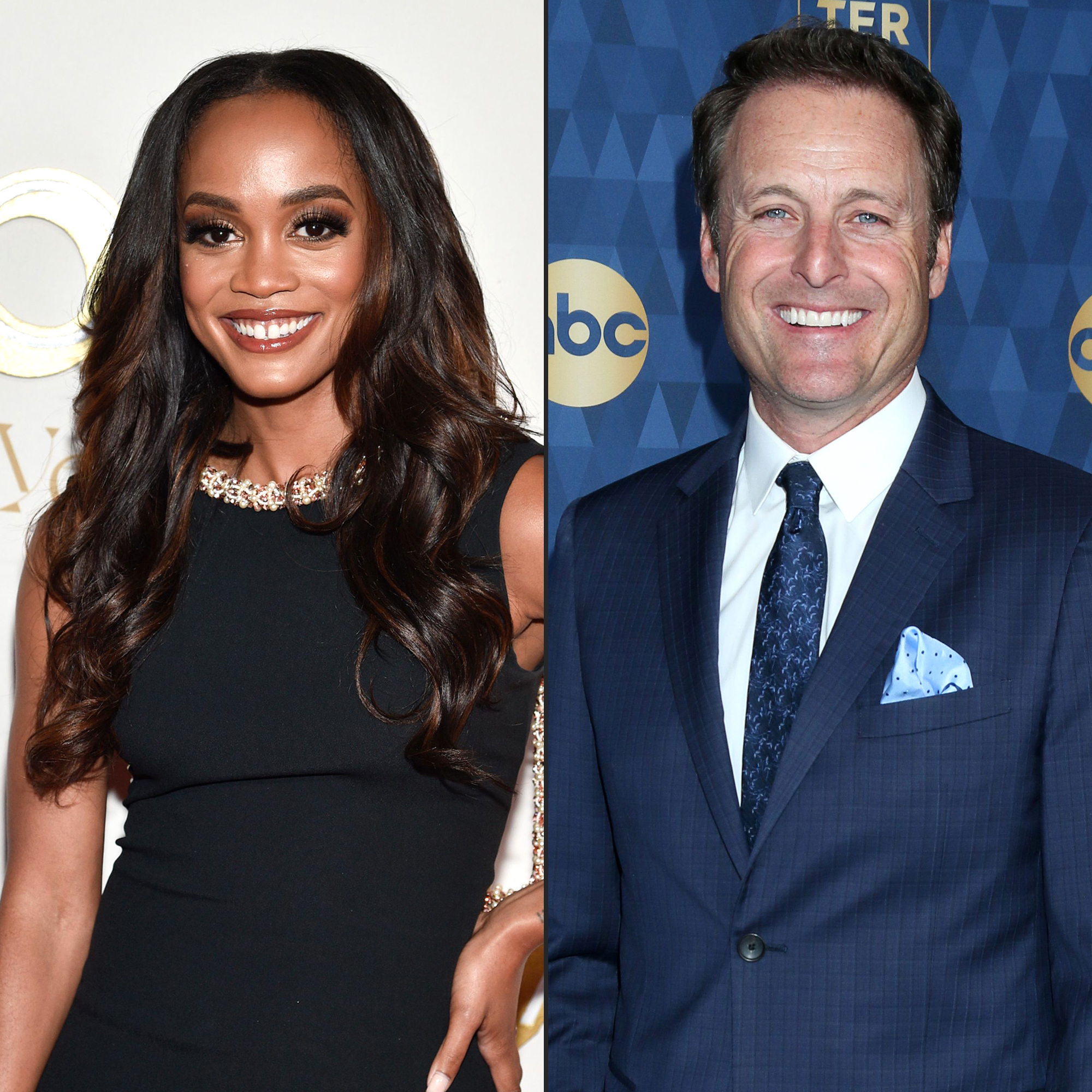 Lindsay noted that Harrison, 51, kicks off his debut episode, which dropped on January 9, “talking about who this podcast is for,” who she describes as “[the] people who have supported him.”

“It’s for his fans, it’s for those who have reached out, those have wondered where he is,” she continued. “That’s all I needed to know. So for all the people who are like, ‘I can’t believe this wasn’t addressed. I can’t believe this wasn’t said.’ He told y’all who this podcast is for. It’s not for y’all. It’s for his supporters. That’s who he was talking to. … It set the tone for the whole thing. So I don’t know why people thought that they were going to get something, either some tea, or even, like, something toward me, or what happened.”

Bachelor Nation will recall Harrison was let go after his February 2021 interview with Lindsay during which the Extra host asked him about Bachelor season 25 contestant Rachael Kirkconnell. The Perfect Letter author was under fire for passionately asking fans to have “grace” for Kirkconnell amid backlash for past pics at a college party in an antebellum-style dress.

The Miss Me With Laugh author said that she felt like “people expected” her to “get mad” about the podcast. “If y’all think I’m sitting around waiting for something, for Chris Harrison, y’all really don’t know me. I wasn’t expecting that,” she explained. “I listened to the whole thing. I hadn’t heard him speak on it too. I was curious as to what he was going to say. But I knew who it was for — it wasn’t for me. … He flat out said, ‘I stand by what I said.’ He just said it was sloppy.”

Lindsay’s podcast cohost, Van Lathan, for his part, said he didn’t believe at the time that ABC should’ve cut ties with Harrison. After listening to “The Most Dramatic Podcast Ever,” however, he was surprised by Harrison having “zero humility” and wondered if his attitude was why he didn’t return to the franchise. Lathan also admitted he was “curious” as to why the series didn’t opt to address the controversy more head-on with “actual, real” conversations.

“The show was never intended to have these types of conversations. The show was built for a particular audience. I’ve said it multiple times, it was cultivated to be a certain way. People of color didn’t make it past the first couple of weeks. They didn’t have them as leads, they didn’t have these real-life conversations. It was a fantasy world,” Lindsay replied. “You ate a certain way, you traveled a certain way, you spoke about this a certain way. This week, you do this. We always used to call it a social experiment when we were on the show. But I think to your point, about humility — I can’t remember if he says this in part one or part two — but he talks about losing himself in all of it. Of what people were asking him to do, of having a crisis manager, and he talks about losing himself.”

How Chris Harrison’s Interview With Rachel Lindsay Led to His Exit: A Timeline

Lindsay recalled Harrison’s story about asking his brother to take down a post of support because of backlash. Harrison noted on his new show that the move was out of character for him.

“And that’s when he hit a wall. And was like, ‘I’ve got to take control of this.’ And to me, that’s when he unfollowed me. He didn’t say this, but I mean, ‘That was the line in the sand.’ I think that’s the term he uses,” she continued. “You unfollowed me, you unfollowed [my husband] Bryan [Abasolo], he changed his entire social media. And every step forward was in a different direction. And so to me, I feel like that humility was everything prior to that. When he talked about losing himself, it made it seem like he didn’t want to do certain things that he was doing, he was doing it to retain his job, or to get back in good favor with the public.”

With a laugh, Lindsay added that Harrison mispronouncing one of her finalists Eric Bigger’s last name when Harrison listed him as one of the people who reached out “told me also everything I needed to know.”

“He lists a laundry list of people — names them, specifically, of who has supported him. Shout-out to Eric Beger, who supported him. That’s how he referred to Eric. You know, there’s only a couple of Black people,” she noted. “Eric’s name is Eric Bigger. I would just like to say.”

Hannah Brown Beats Two of Her Exes to Win a People’s Choice Award!

Dogwalker, 28, savaged to death by ferocious dog in park ‘while walking 7 pets’ as witnesses reveal ‘haunting’ mauling | The Sun

Which 'Real Housewife' Was the Most Talked About in 2018?