The pregnant singer proudly debuted her bare baby bump during an outing in Harlem, A$AP’s hometown, over the weekend. 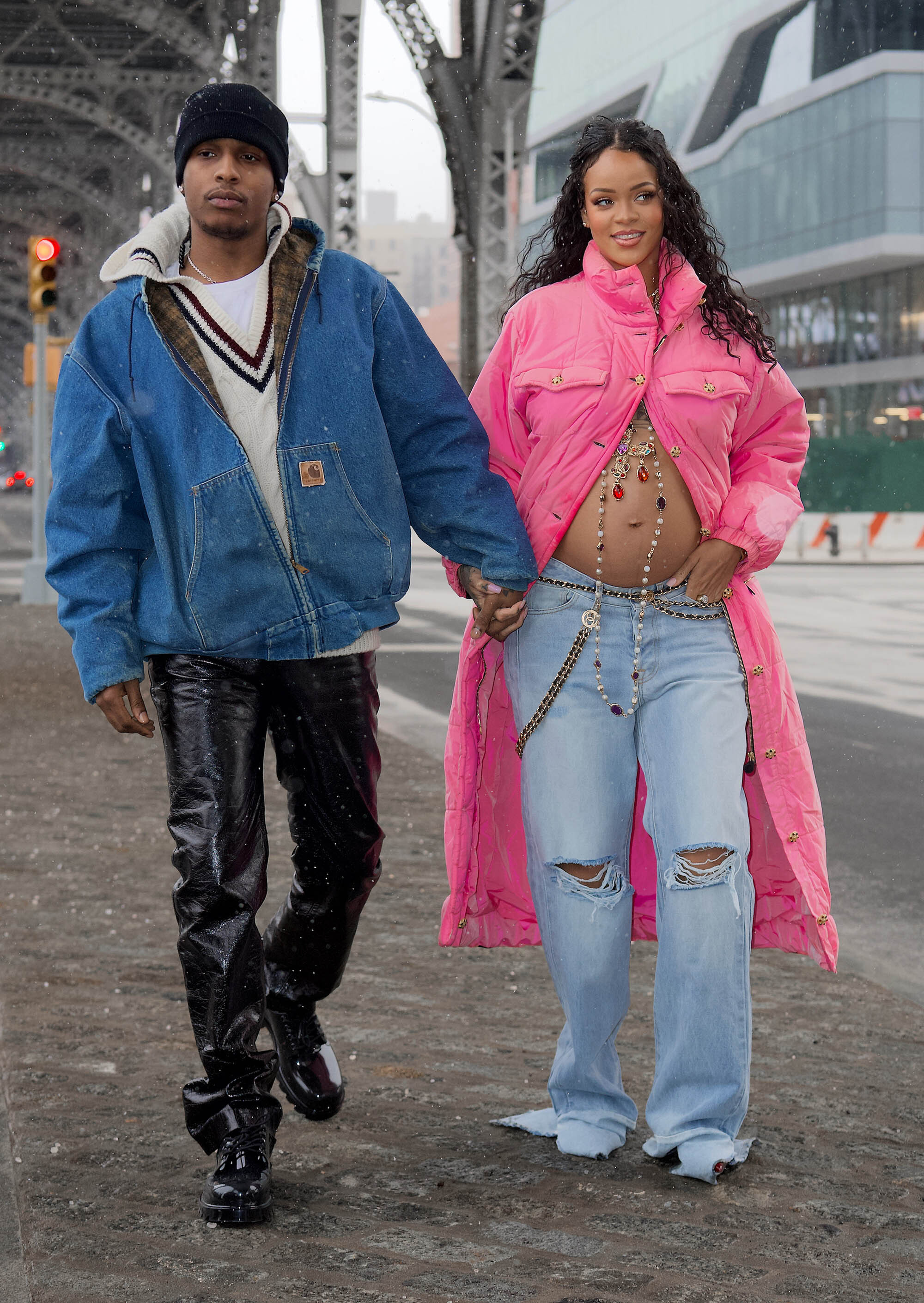 Rihanna, 33, wore a long pink jacket that was kept closed by just one button and a pair of loose ripped jeans for the outing. She completed the look with a long embellished necklace, which adorned her bump with jewels. 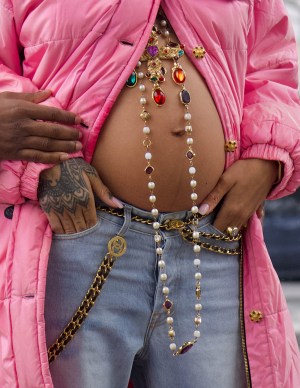 The rapper, also 33, paired leather pants with a white sweater and blue jacket as he and the “Ocean’s Eight” star walked down the street.

The pair stopped strolling at one point so A$AP could wrap his arm around Rihanna and give her a sweet kiss on the forehead. 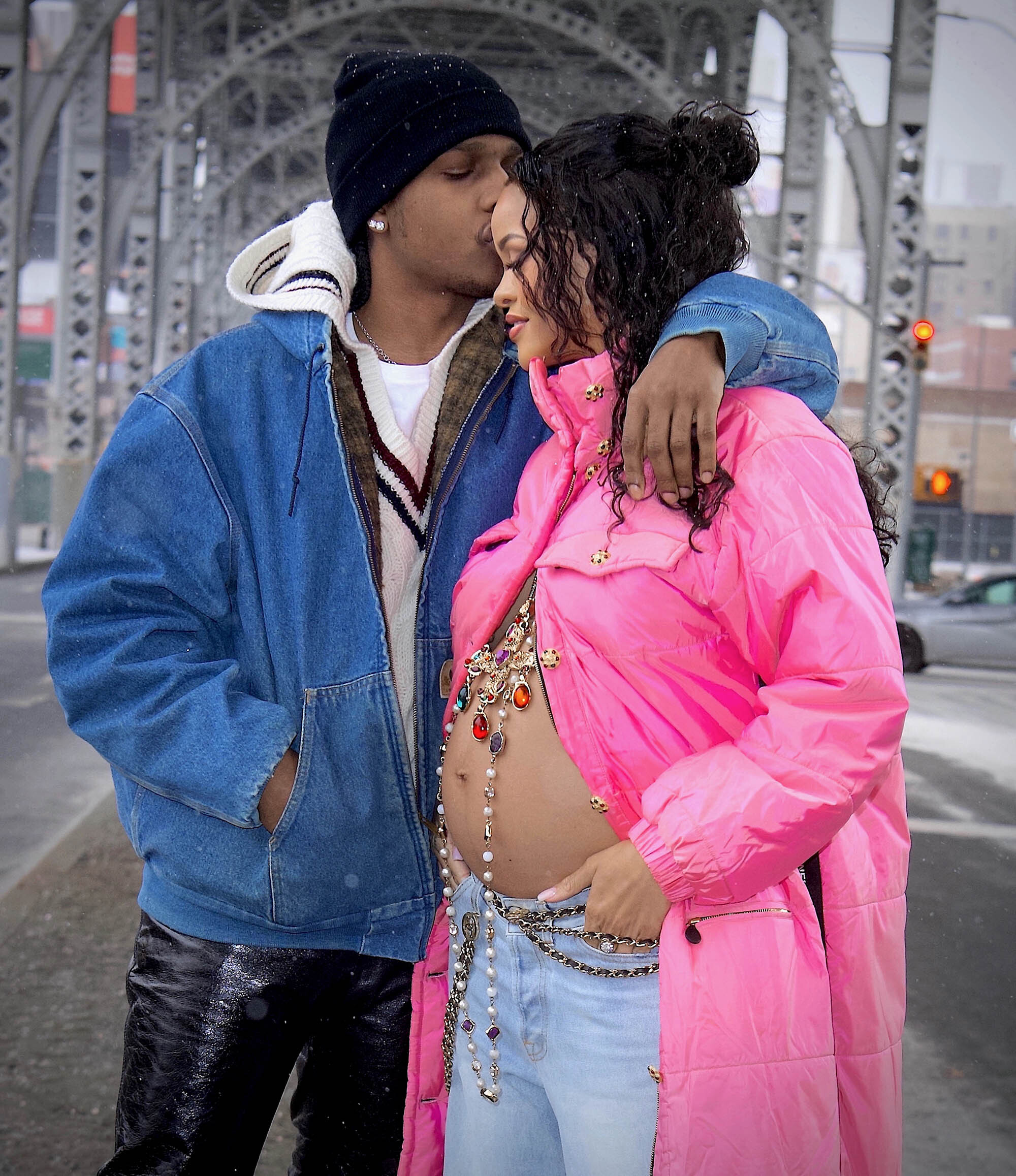 We’re told the lovebirds hit up trendy NYC eatery Carbone earlier this month and had to be seated at a different table in order to accommodate RiRi’s burgeoning belly. 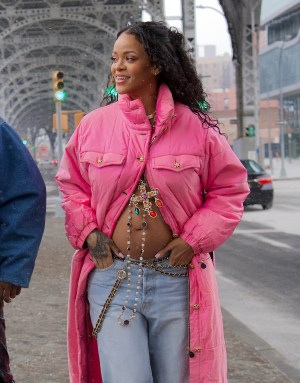 “At one point she got up and had to maneuver the bump around the side of the table!”

It appears the Fenty Beauty mogul has been trying to hide her growing belly under baggy clothes and oversized jackets the past few months.

She was recently spotted at Peasant in NYC with A$AP wearing a massive red puffer jacket and sweatshirt – complete with gloves, statement earrings, a hat and heels. 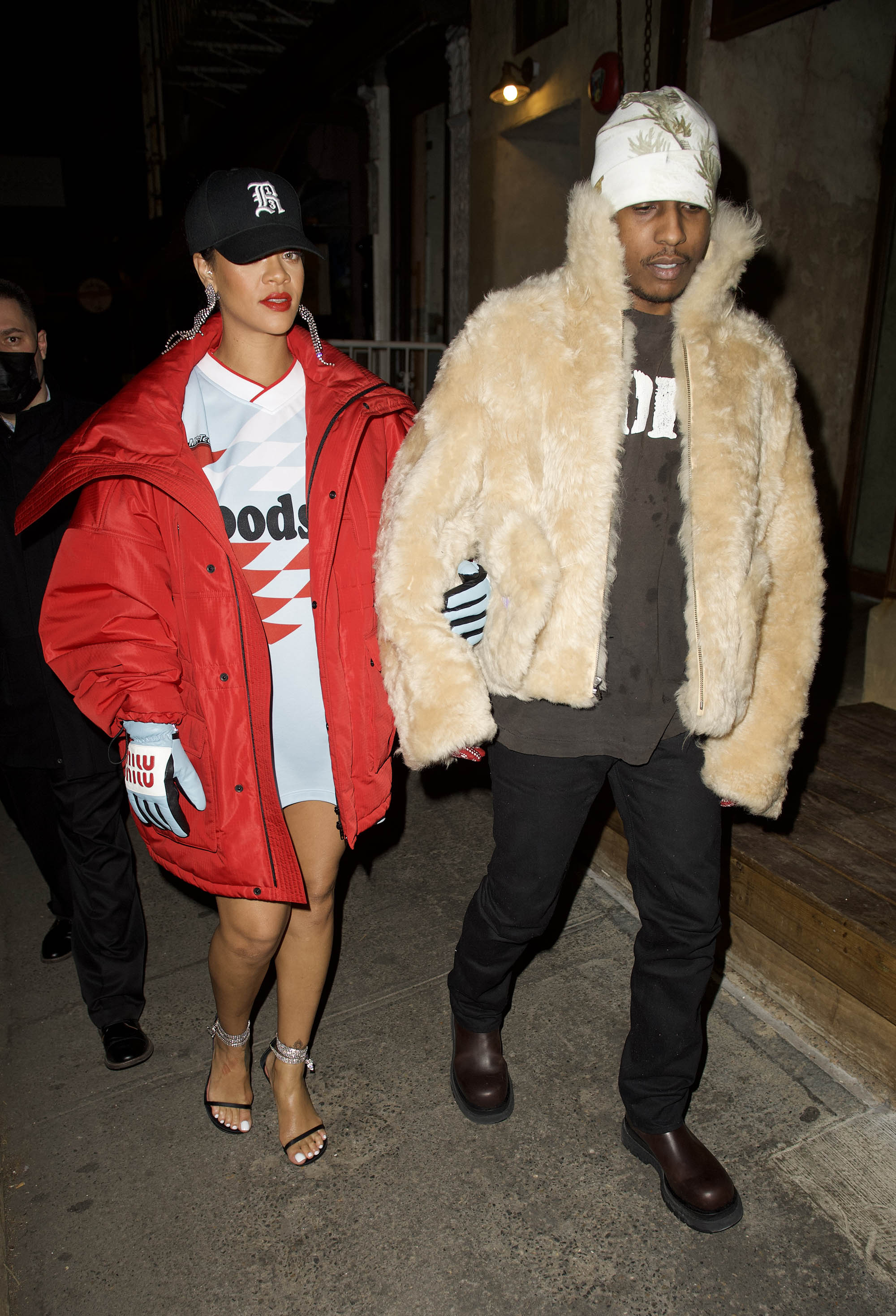 Days later, Rihanna was glowing as she turned up to her beau’s NYC recording studio in a turquoise sports jersey paired with stilettos, a winter coat and Goyard bag.

The “Diamonds” singer first sparked pregnancy rumors back in November, when she accepted her National Hero award of her native Barbados in a tight-fitting gown. She denied she was expecting at the time. 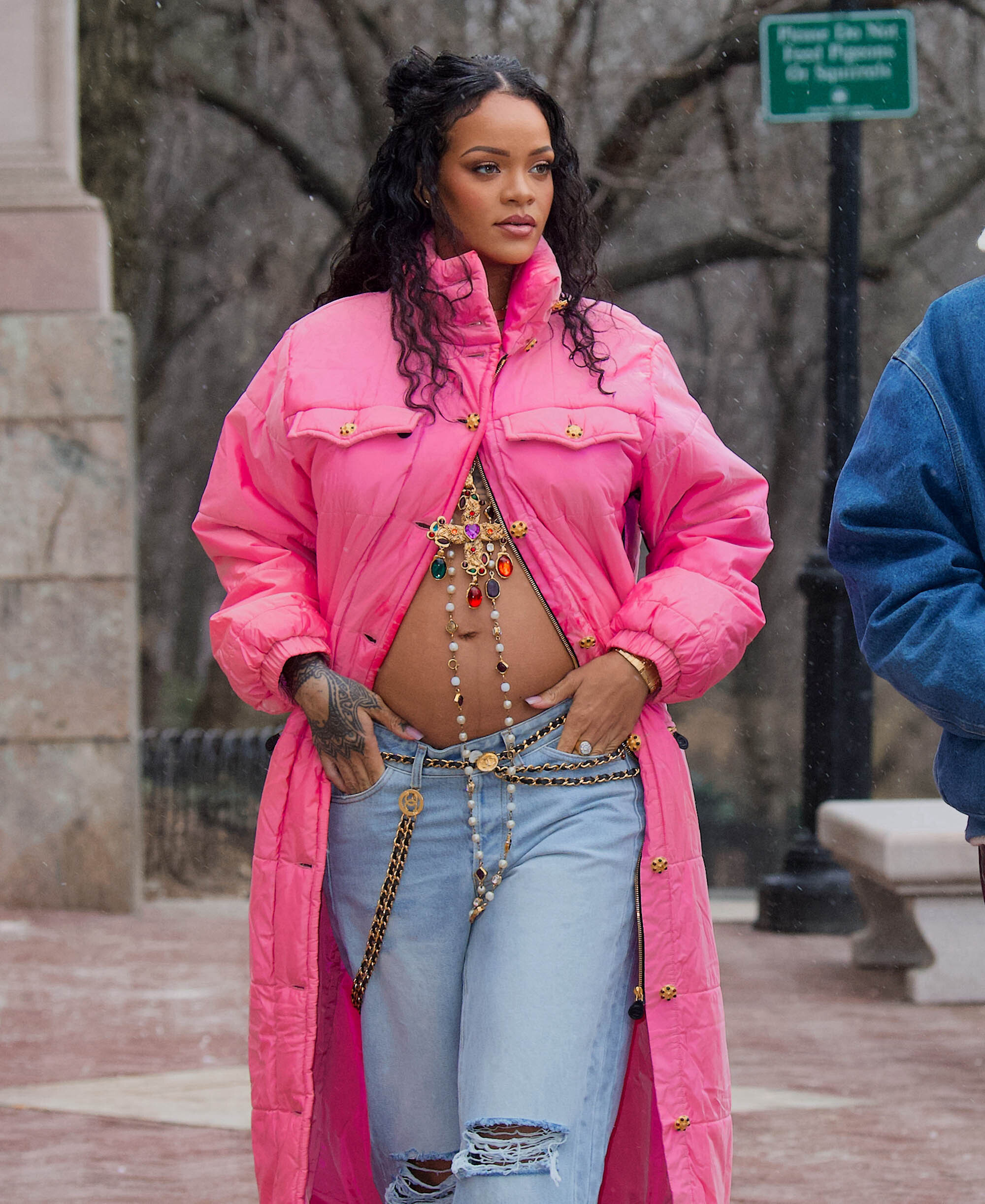 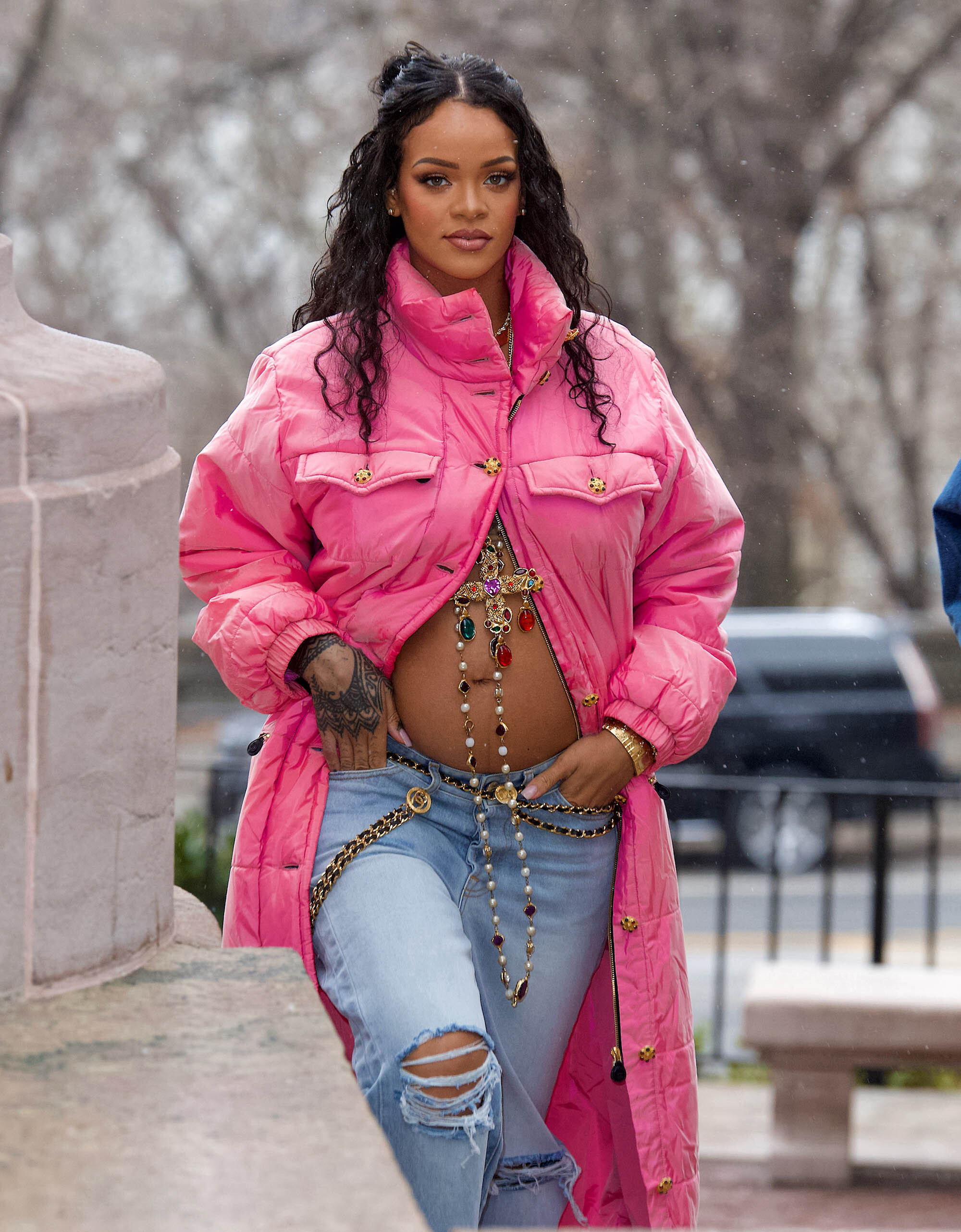 Brits in Tier 2 hotspots CAN meet for lunch if it's work-related, minister confirms

Cannes 2019 Wish List: 50 Movies We Hope Will Make the Cut, From Quentin Tarantino to Kelly Reichardt