So, how does the royal family feel? Prince Harry and Meghan Markle told their side of the story in their docuseries, Harry & Meghan — and it might not sit well with other members of The Firm.

“Rage. I mean, look again, Harry talks about — almost matter-of-factly talks about — how his brother was shouting and screaming at him during this meeting [with Queen Elizabeth II]. Terror and terrorizing, I think was the phrase used,” royal expert Christopher Andersen exclusively told Us Weekly on Thursday, December 15, referencing claims made by Harry, 38, about Prince William and King Charles III in the second volume of the Netflix series. “William has a tremendous temper. Charles has a tremendous temper. It’s just not gonna be a pretty sight there.”

In episode 5, the Duke of Sussex recalled meeting with his brother, 40, and father, 74, at the queen’s Sandringham House to discuss his and Meghan’s plans to step down as senior members of the royal family — which heightened tensions between Harry and his relatives. 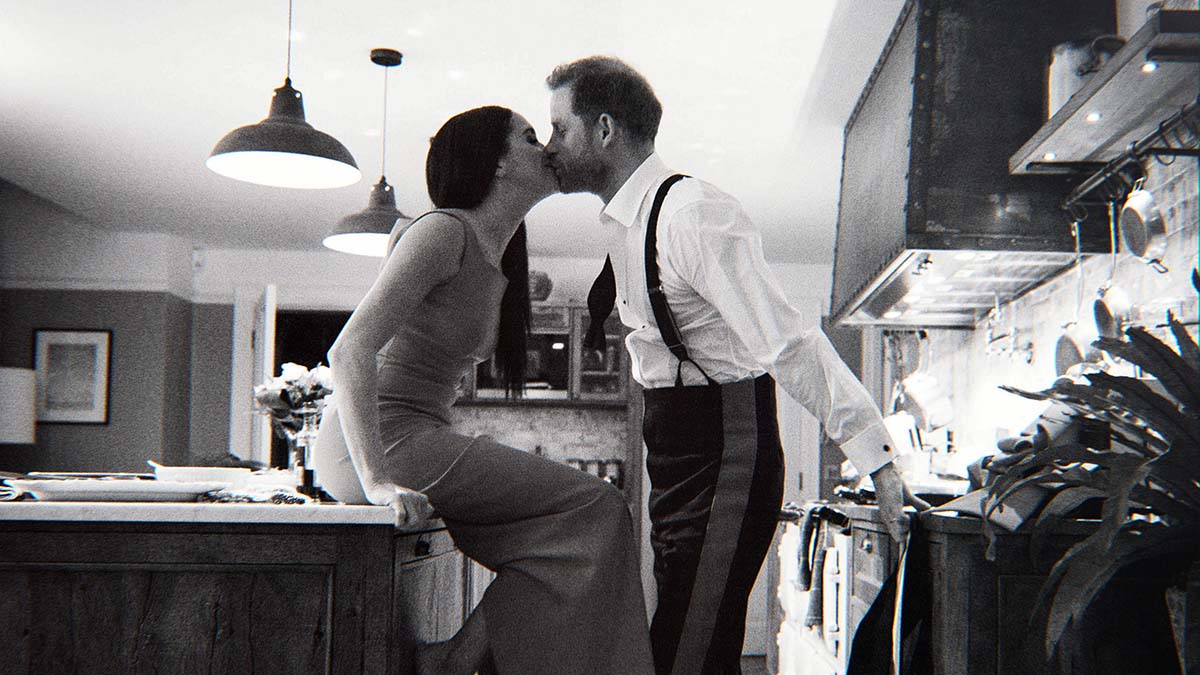 “It was terrifying to have my brother scream and shout at me, and my father say things that just simply weren’t true, and my grandmother quietly sit there, and sort of take it all in,” Harry told the cameras. “But you have to understand that — from the family’s perspective — especially from hers, there are ways of doing things, and her ultimate sort of mission, goal slash responsibility is the institution.”

After viewing the final three episodes, Andersen pointed out that “there’s more to come” with the release of Harry’s memoir, Spare, in January 2023. The King: The Life of King Charles III author also questioned whether Harry and Meghan, 41, will attend — or even be invited to — Charles’ upcoming coronation, which is scheduled to take place in May 2023.

“They’re going a long way to really severing all ties with the royals, I think,” he told Us. “You wouldn’t blame the royal family, especially the new king, [for] being furious at the kind of disruption this is all causing.”

Prince William and Prince Harry’s Complicated Relationship Over the Years

As the drama continues to heat up, royal expert Jonathan Sacerdoti shared his own two cents on how Harry and Meghan’s revelations may have been received across the pond.

Sacerdoti continued: “They’d made that valid decision that they didn’t wanna be part of it, but that just hasn’t happened. It’s the opposite. They keep raking over all of this stuff and they keep bringing it back up again. It seems a bit like they have a vendetta against the family and I think the last three episodes gave something of a justification for why they feel that’s OK, [and] why they’ve got that vendetta, but it doesn’t really hide the fact that they have and that they’re making these constant attacks.”

While the royal correspondent admitted that he can’t speak on behalf of Charles, William or other senior members, he predicted that they will “try very hard to carry on” and “wait for the next grenade to be lobbed” in the heated back and forth with the Sussexes. The palace has not formally addressed the claims made in Harry & Meghan.

In January 2020, Meghan and Harry announced their decision to step away from royal life to become financially independent. The couple spent some time in Canada before settling down in California later that year.

The former military pilot revealed in the series that his desire to protect the Suits alum and son Archie — who they welcomed in 2019 — was the main reason why they chose to relocate to the United States. After suffering from a miscarriage in 2020, Meghan gave birth to their second child, daughter Lilibet, in 2021.