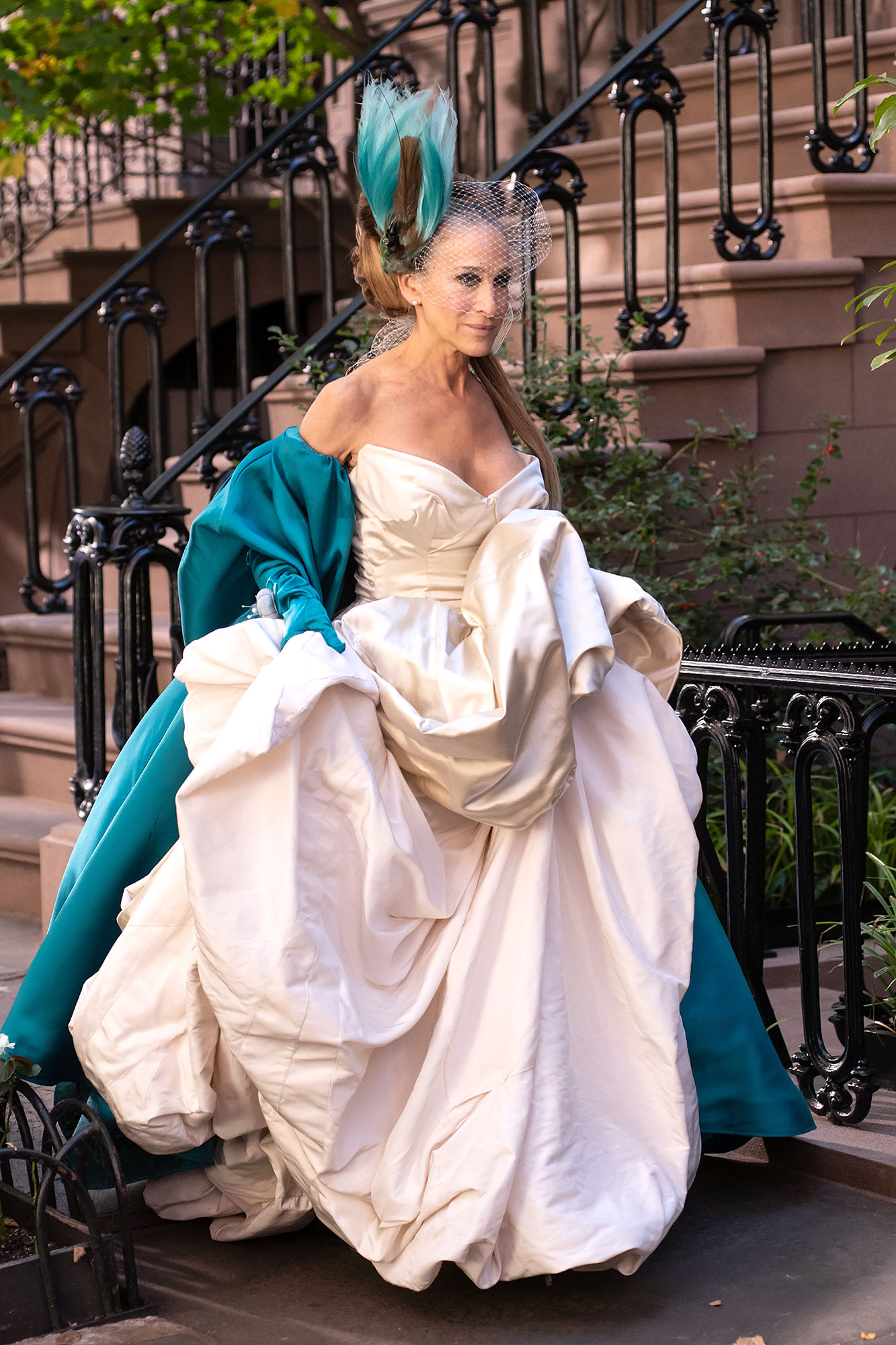 Is Carrie Bradshaw trying to tell Us something? Sarah Jessica Parker was spotted filming And Just Like That in the iconic Vivienne Westwood wedding dress that her character wore in the first Sex and the City movie.

In the 2008 film, Carrie donned the voluminous gown to say “I do” to Mr. Big — although the two didn’t make it to the altar. For the wedding that wasn’t, the beloved writer paired the champagne-colored number with a coordinating veil that featured a feather headpiece. Flash-forward to Thursday, November 3, Parker, 57, was photographed wearing the gown as she exited Carrie’s famous brownstone apartment.

This time around, the sex expert ditched the cascading veil, opting for a shorter, netted version. She also traded in her cream-colored heels for a pair of teal pumps. The look was finalized with a matching turquoise cape and coordinating gloves. The sighting prompted confusion among fans with many wondering what the dress resurrection could mean. 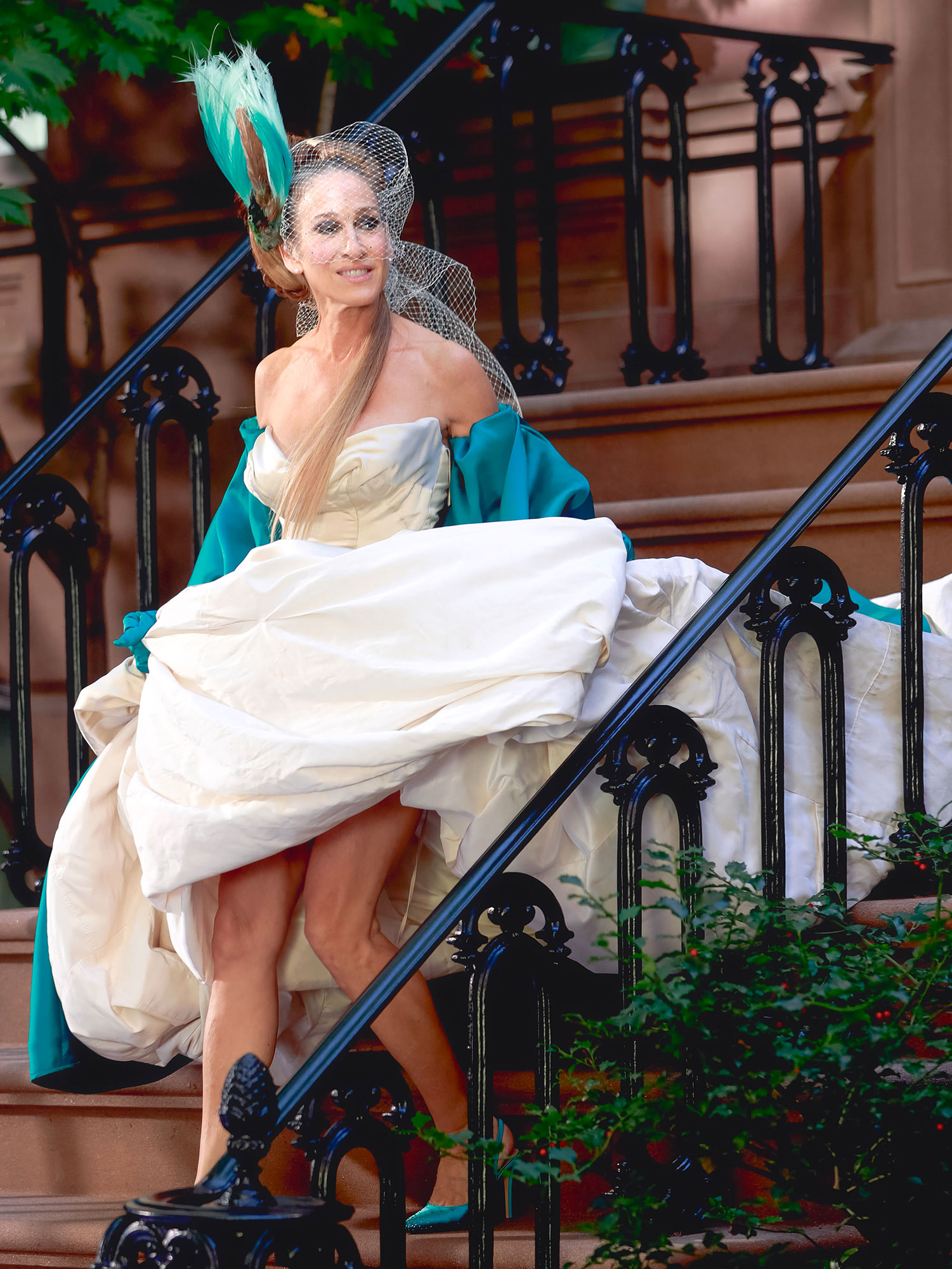 “WAIT WHAT,” wrote one fan in the comments section of a photo of Parker in the dress posted by the official And Just Like That Instagram account. A second social media user commented: “What’s going on????” A third wrote: “This season is going to be wild!”

‘And Just Like That’ Renewed for Season 2: Everything to Know

As viewers recall, Big (Chris Noth) got cold feet and fled the New York Public Library where their original ceremony was scheduled to take place. The couple later tied the knot in an understated courthouse ceremony, for which Parker’s protagonist wore a silk suit and her signature Manolo Blahnik pumps. Still, the Vivienne Westwood design remains forever on our brains. 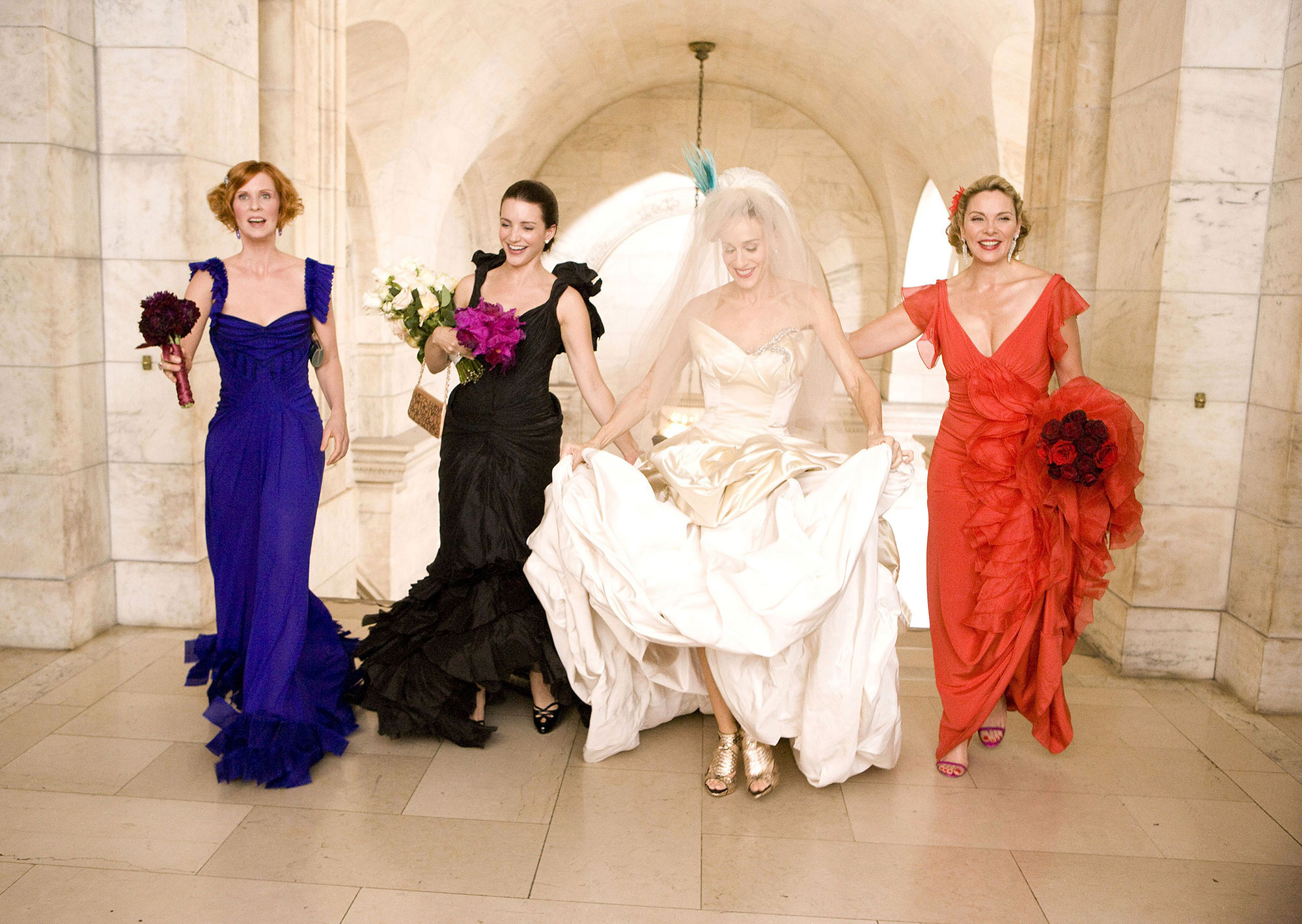 Production on season 2 of And Just Like That kicked off in October, and the cast has served up a number of eye-catching fits. In addition to Carrie’s wedding gown, Parker has been seen rocking a Pigeon clutch and a sparkly purple high-slit skirt.

Earlier on Thursday, the Hocus Pocus actress and her costar Kristin Davis — who portrays Charlotte York — were seen on a midday stroll. For the outing, Davis, 57, donned a paisley frock as Parker looked angelic in a white dress, which she paired with a wide-brim hat.

‘Sex and the City’ Sequel Series ‘And Just Like That’ Films in NYC: All the Best Behind-the-Scenes Pics

HBO Max announced in March — just over one month after the finale debuted — that the revival had been renewed. “I am delighted and excited to tell more stories about these vibrant, bold characters — played by these powerful, amazing actors,” showrunner Michael Patrick King said in a statement. “The fact is, we’re all thrilled. And Just Like That … our Sex life is back.” 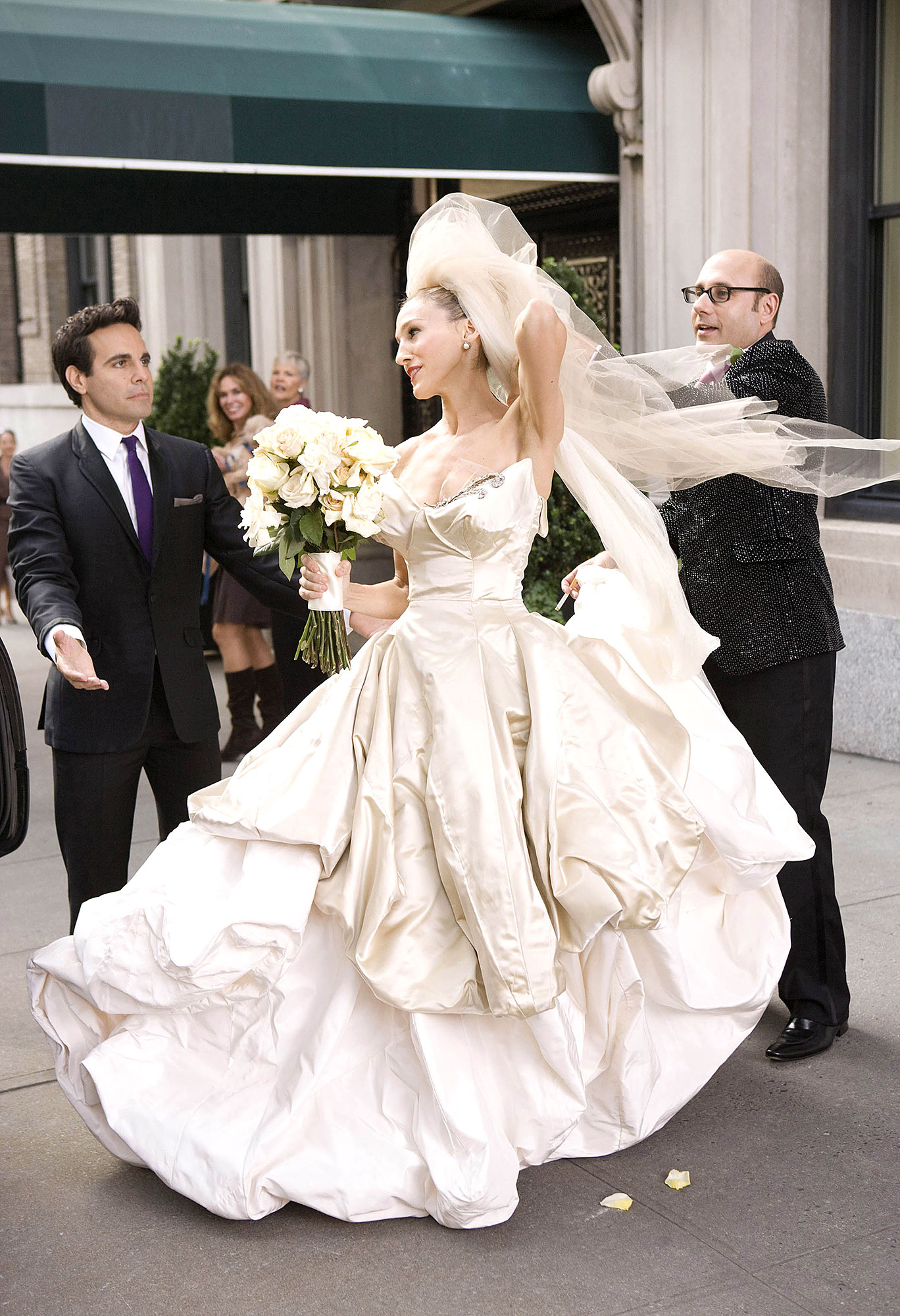 Season 1 of And Just Like That premiered in December 2021 and followed Carrie as she navigated her 50s after the death of Big. Cynthia Nixon also returned to reprise her role as Miranda Hobbes. Kim Cattrall, who played Samantha Jones in the original series and two movies, did not come back for the revival.