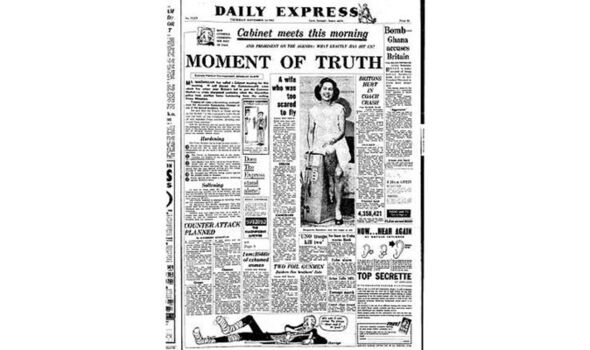 Tory Prime Minister Harold Macmillan and negotiator Edward Heath were both in favour of closer economic ties with Europe as Britain reassessed its international position in the post-war world. But it would be another decade before the UK joined the EEC.

69 years ago (1953) In the Soviet Union, Nikita Khrushchev was appointed General Secretary of the Communist Party after a power struggle following the death of leader Joseph Stalin from a stroke the previous March.

It was hailed as a landmark moment but in reality, had minimal impact on peace in the region.

The 12 Best Hair Dryers to Protect and Volumize Fine Hair