Home » Lifestyle » Solastalgia is catching but ‘don’t be disheartened, we will continue’

Solastalgia. I'd never heard that word until last week at Adelaide Writers' Week. Suddenly it seemed the only word to sum up what we were all feeling as we sat in the Pioneer Women's Memorial Garden listening to writers talk. Environmental philosopher Glenn Albrecht coined the word, combining solace, desolation and nostalgia, to convey our reaction when we see a familiar environment bitterly transformed, or the homesickness we feel without leaving home. 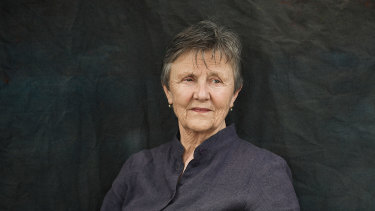 Canadian writer Michael Christie, whose novel Greenwood foreshadows a world where nearly all trees have withered away, said we're all grieving now. ‘‘My young son has sworn off watching any television with a polar bear in it. It brings him to tears.’’

His grieving was for climate change, but solastalgia went much further than that. We felt it watching sessions on war, genocide, dispossession, the stolen generations, nuclear meltdown, floods, domestic violence, homophobia, trauma, the dangers of the digital age, extremism, terrorism and existential threats to mankind. The only reason coronavirus didn't get much of a mention was that nobody has published a book about it … yet.

There were stirring stories from writers passionate about their cause, and a reading of the Uluru Statement brought on tears and a standing ovation. But after a while, I felt in sore need of comfort, and I found it at a few events where writers talked mainly about small, private, interior moments.

Helen Garner wasn't exactly comforting – ‘‘Deep in us there is a great darkness. I'm amazed that the landscape isn't strewn with corpses’’ – but at least there was a sense that things had moved on for the better since she first began to write. 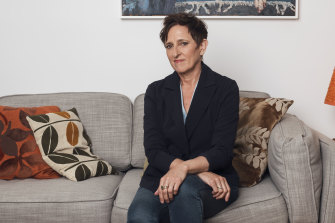 Charlotte Wood didn’t expect anyone to take any notice of her novel The Weekend because it was about old women.Credit:James Brickwood

It's hard to imagine how little confidence women writers had then, she said. ‘‘We were constantly being told by blokes that our concerns were kind of small and narrow and too domestic and too emotional. I remember I won a prize and Thea Astley said to me ‘You're really good at that domestic stuff. You can look at dribbles down the front of a kitchen cupboard and validate them’.’’

Charlotte Wood said that when she came to write her latest novel, The Weekend, she didn't expect anyone to take any notice because it was about old women, and ‘‘our culture really hates old women’’. But she made her characters central because ‘‘if you show old women in books, they're demented, dying, vulnerable or a grandmother in the background’’.

US novelist Julia Phillips said one of her inspirations was a television advertisement from her childhood that showed a bowling ball hitting a mattress. There were bowling ball moments in our lives, she said: they defined everything before and everything after.

Native American Joy Harjo, the US poet laureate, was also inspired to write by watching television, where she saw a Pacific poet singing. ‘‘It blew me away. The poem was going out and gathering you in its arms and when it was over, you were transformed.’’

Memoirists Vicki Hastrich and Donna Ward both described how they abandoned projects and redefined their writing lives as processes of inquiry and a giving of the self. Ward called it writing from the bone: ‘‘If you're writing from that place, only honesty can come.’’

These were all moments that made me feel the solace of writers’ private creative power and ingenuity. But were the public solastalgia moments all gloom and doom? Not quite. In a session on capitalists profiting from disaster, Greek politician and economist Yanis Varoufakis had some rousing words: ‘‘We are all condemned to fight the good fight over and over. Don't be disheartened. We will continue.’’