Home » Lifestyle » The moments that made me hate my husband: LINDA McDOUGALL recalls

The moments that made me hate my MP husband: When he moved our family to Grimsby without asking me… and when he told me a Labour MP’s wife couldn’t be seen in a fur coat! Austin Mitchell’s widow LINDA McDOUGALL recalls married life with a politician

Michelle Obama, in her new book, The Light We Carry, says that in their 30 years together, there were times when she hated her husband Barack.

Why? Because, while they were both trying to make something of their careers, she was the one carrying the burdens of childcare and housework on top, meaning he ascended the ladder far faster than her.

She goes further. She hated the way he put politics before his family and didn’t even earn enough money to look after them properly.

Michelle condemned his election to the state Senate in Illinois as a ‘costly waste of time’, when he could be earning ‘real money’ at a major law firm. And she insisted they were ‘as poor as church mice’, and she was ‘one very unhappy mouse’. He was not just a fool but a lazy fool. She even hated the way his breath smelled in the mornings. 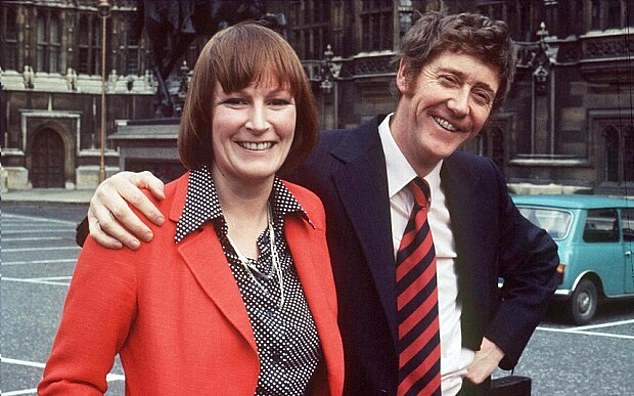 Now, I’m old enough to be Michelle’s mum, but I sympathise. I met my late husband British politician Austin Mitchell in 1964 in New Zealand. He was teaching at a university; I’d just returned home after three years at college in England. I was 23 and he was 30, and both of us were desperate to work in television, a relatively new and exciting career choice back then.

Indeed, we fell in love not so much with each other as with the small screen in the corner of the living room. We watched it and talked about it, and tried to get into the UK TV industry day and night.

By 1977, he was a presenter with Calendar, the nightly local programme on Yorkshire Television from Leeds, and I was a producer/director at World In Action across the Pennines at Granada. We lived in Sowerby Bridge in Yorkshire, and loved it there. Michelle Obama would have agreed that both of us were building our lives and careers quickly and with great success. 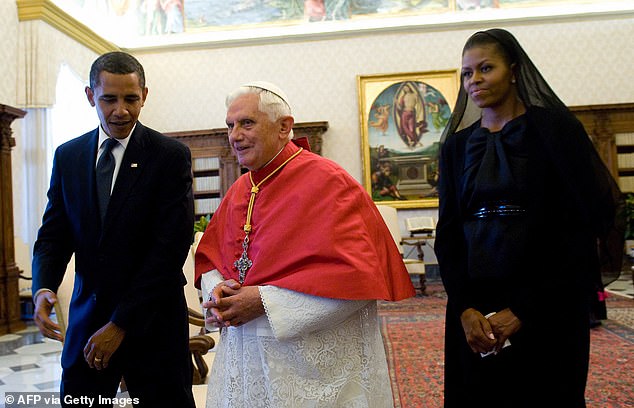 Michelle Obama, in her new book, The Light We Carry, says that in their 30 years together, there were times when she hated her husband Barack 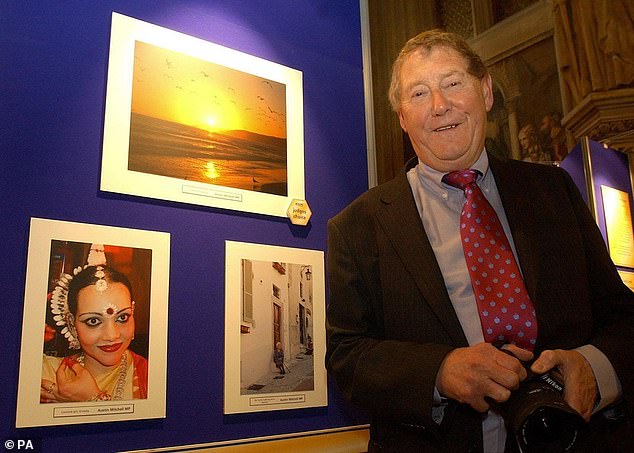 Then, overnight, everything changed. The foreign secretary and MP for Grimsby, Tony Crosland, died, and Austin was chosen to stand as the Labour candidate in a by-election just three weeks later. We both got leave from work. No one believed he could win, so he did not resign altogether. But life was never the same again.

Because he was on TV, every resident of Grimsby knew who he was, and more than half of them, just as bewitched by it as we were, backed him at the polling station. He won the seat by 520 votes… and I began to hate him almost instantly.

For a start, without consulting me, he had promised, as part of his on-the-hoof campaign, that we would live in Grimsby and our nine-year-old twins would go to school there.

My job was in Manchester, 150 miles from Grimsby, and it would take three hours to get to the office by a sequence of at least three trains. If I got there by lunch time and left straight after, I could be home in time for dinner.

We fought about it. In fact, we shouted about it day and night. 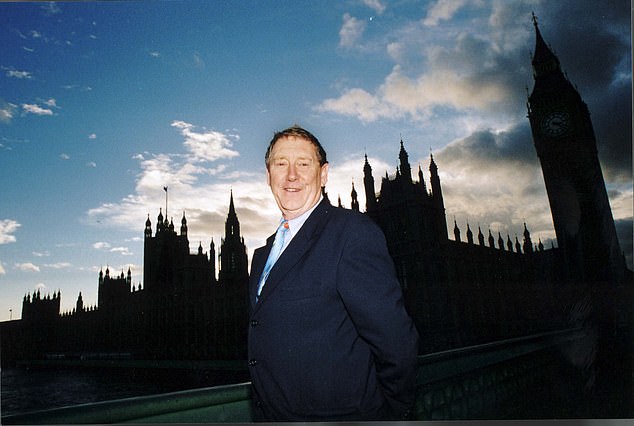 The foreign secretary and MP for Grimsby, Tony Crosland, died, and Austin was chosen to stand as the Labour candidate in a by-election just three weeks later

Eventually, weeping, I applied for a job at Thames Television in London, because in those days there was a direct train once a day from King’s Cross to Grimsby (though there isn’t now), which took between three and four hours.

Intermittently, but regularly over the 37 years while Austin was the Grimsby MP, this row would resurface, usually when some other political unfairness was being debated.

In the beginning, Austin and I spent Sunday night to Thursday in London — though I often dashed up to Yorkshire midweek after work to sort out a problem with the kids, who were meanwhile looked after by a nanny or an au pair, and got the train back before seven the next morning. It was exhausting.

Austin’s childcare contribution? Zero. I knew it was hard starting a new career, but I couldn’t help but resent it. If I ever asked for help, he pointed out that he had work to do.

The next time I hated him was when I discovered how much he was earning.

His salary had plummeted from £20,000 a year plus generous expenses, to £3,600 per annum, with free transport to and from the constituency, and six train fares a year for me between London and Grimsby. Not much when I was travelling back and forth once or twice a week.

It was at that time I took over all the household bills to add to the housekeeping and house maintenance chores I was already tasked with. (DIY advice came not from Austin but from Jack Straw, then a member of the Shadow Cabinet, who told me how to mend a hole in the plaster in the dining room ceiling by scrunching up a ball of wire, filling it with plaster, stuffing it in the hole and painting over it. It was still there when we sold the house). 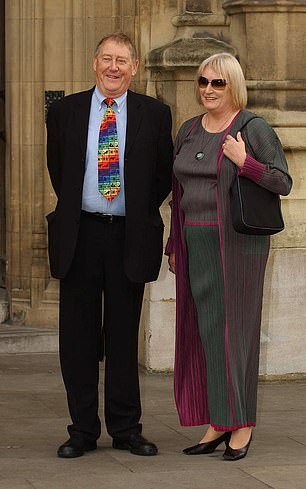 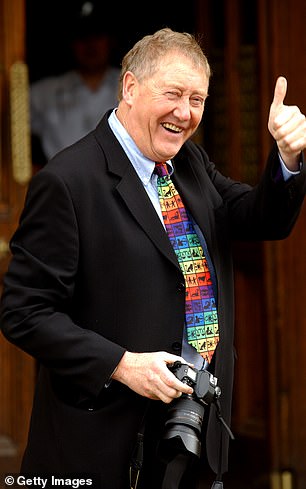 ‘By 1977, he was a presenter with Calendar, the nightly local programme on Yorkshire Television from Leeds, and I was a producer/director at World In Action across the Pennines at Granada’

The third reason for hating my lovely, funny husband was because of my clothes. In those days, there were some wonderful secondhand shops in Grimsby and Cleethorpes, and I found a glamorous, hardly-worn fur coat in one of them.

It was fabulously thick and shiny, and deliciously warm in the cold wind off the North Sea. Proudly, I showed it to Austin, styled as I remember with my Levi 501s. He looked horrified. ‘You can’t wear that,’ he said. I couldn’t understand why (this was before PETA popularised the animal rights movement). ‘Why ever not?’ I said, or possibly shouted. He looked embarrassed, and even blushed and squirmed a bit. Eventually, he said: ‘You look far too posh for a Labour MP’s wife.’

Oh, how I hated him.

Of course, equality didn’t come as a ready-made part of the modern world. Very slowly, over the past hundred years, we have had to mix it in, just like adding the flour to the wet ingredients in baking.

In my mother’s generation, there were men and women with separate roles to play. Men wore trousers and went out to work; women wore skirts, stayed at home, brought up the kids and did housework and cooking.

Children, like me and my sister, Janet, went to school and were taught to follow the examples of our parents. Boys played with ‘boys’ toys’ and learned to drive a car. Girls owned dolls, learned cooking and home economics, how to make a peasant skirt and stitch French seams in pyjamas. 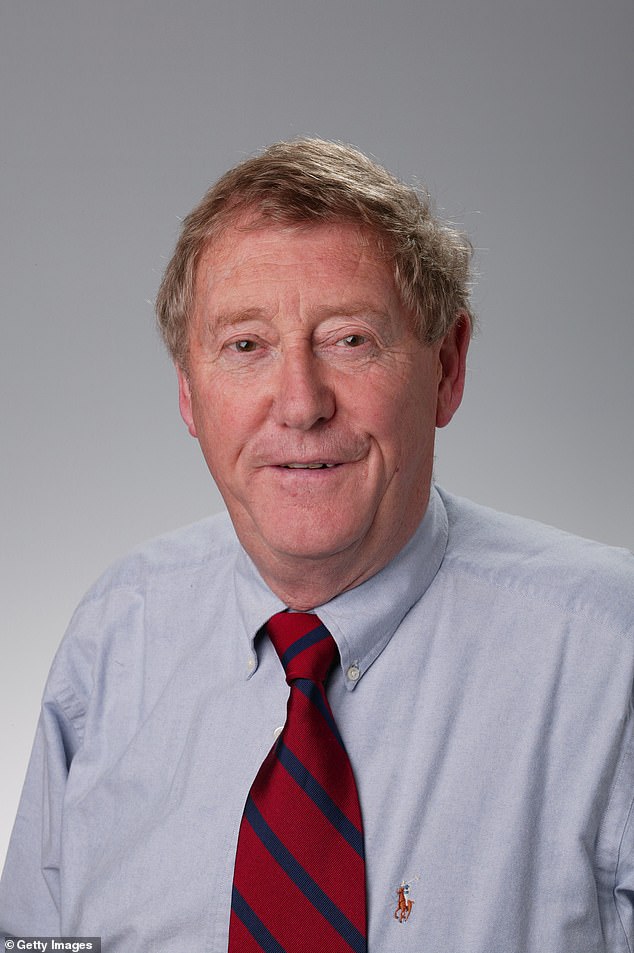 ‘But life is still very difficult for the partners and children of people in politics. The hours are long and public image is even more important than it once was’

And men were useful and could tinker with car engines, mow lawns and do heavy lifting. Most women didn’t. Men were presidents, prime ministers, MPs and leaders of nations — and most women weren’t.

Of course, there were exceptions to the rules. If your family was poor and lived in the north of England, at least two incomes were needed to survive, and women worked at least 40 hours a week earning ‘pin money’ in factories and mills, as well as doing their full-time duties at home.

The set-ups in most offices, factories and hospitals were hierarchical. Men were the bosses and women were there in support roles as secretaries and typists, cleaners and canteen staff.

In theory at least, we are now all given a crack at equality. The sacrifices Michelle and I made should not have to be made any more.

In our day, you didn’t see men in the supermarket pushing trollies with babies on board and toddlers in tow, reading the labels on the Weetabix. Now they are a regular fixture.

But life is still very difficult for the partners and children of people in politics. The hours are long and public image is even more important than it once was.

Giving up your spouse for the good of the country is very tough and, inevitably the other half finds that picking up the slack, keeping the family going, still falls to them in the end.

As Austin became more experienced as an MP, he became braver at doing his own thing. He could never have been a Cabinet minister, because the whole idea of team playing was alien to him. He knew what he believed in and wanted to do, and it was very hard to get him to change direction.

He also became obsessed with helping individual constituents get a better deal from life. Certainly a better deal than I felt I was gettin 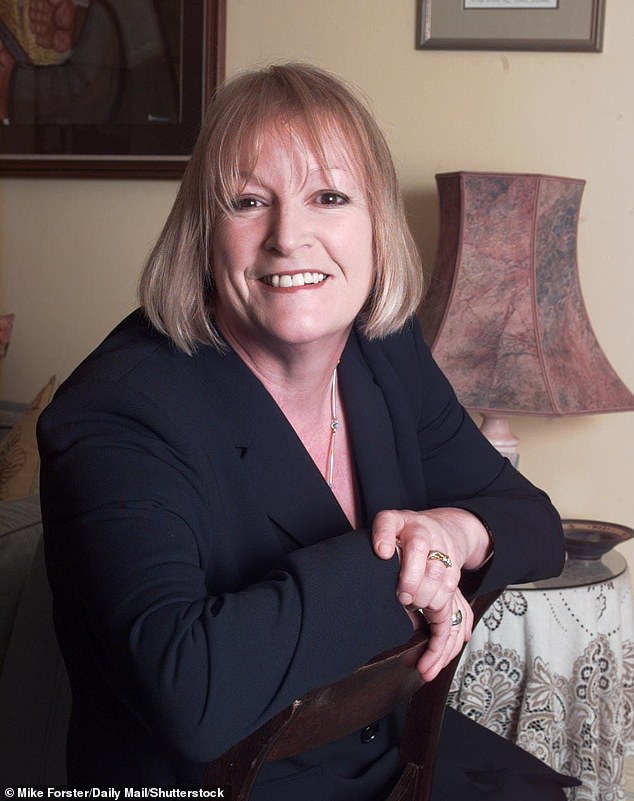 ‘In every family there’s a need for someone to keep the whole show on the road, to make the children packed lunches and get the Hoovering done. But guess what? It doesn’t have to be done by a woman alone’

Every Saturday, groups of old Grimsby fishermen turned up in our home to talk through their problems with him. It was a bit like a coffee club: they brought their own biscuits and I would find them in the kitchen making tea and planning a future for the now dormant fishing industry.

One of them, with a burst of enthusiasm for a new life, had knocked down a shed on his property and carved it into artfully-sized chunks. He then proceeded to paint pictures on these fibreboard canvasses of the whole fleet of Grimsby fishing boats, one by one, week by week, for years.

I would find him at the front door clutching his offering and asking for a quick word with my husband. Of course, Austin did the right thing, and whatever he had in his pockets in the way of cash — five, ten, even 20 — was handed over to buy more paint.

Then, to make matters even worse, Austin would collect the paintings into groups and send them off to be properly and expensively framed for his collection.

So that’s why, today, I have a fisheries-themed bathroom in my home, every wall celebrating the good old days when Grimsby was a fishing town and for 37 years Mr Mitchell was its MP.

Austin and I used to laugh at them and treasure them, along with other unique pieces of tat, such as our Donald Trump electric clock. But I look at them sadly now, not at all sure what to do with them all.

Austin stood down in 2015, just six years before he died. Somehow, they seem a symbol of the days when men worked incredibly hard at one job and women did absolutely everything else.

I am sure things are much better today on the frontline of relationships between MPs and their spouses. But I am glad, too, that Michelle has spoken out as she has.

It is only by airing grievances that things change, after all.

In every family there’s a need for someone to keep the whole show on the road, to make the children packed lunches and get the Hoovering done. But guess what? It doesn’t have to be done by a woman alone.

The untold truth of Euphoria

Kendall and Caitlyn Jenner hit the road, plus why ‘Housewives’ drink and Bieber’s ex-pastor says he cheated

Coronavirus-tracking apps might be full of ransomware, report warns