Sian Clifford can pinpoint exactly the moment she knew she had to be an actor: an epiphany at the age of seven, following an initial false start.

“I joined the amateur dramatics for kids in my area because my sister went,” she says. “I played a Munchkin in The Wizard of Oz, which is every actor’s rite of passage. I got a bit scared by it, because at heart I’m an introvert, and I didn’t want to do it. But the following year I went back to see my sister in the show, and they were doing The Little Mermaid, and I just had this overwhelming sense of knowing that I was meant to be on the stage and not watching in the audience. I don’t know if I articulated it to my mother, who I sat with, but that was a really big moment.” 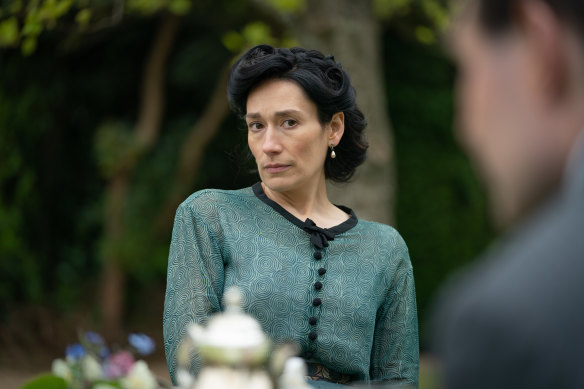 Sian Clifford as Sylvie in Life After Life.

At first, it’s Clifford’s claim to introversion that stands out: an introverted character and a life’s devotion to public performance might seem superficially at odds. But looked at the right way, acting might be the perfect career for someone who fears feeling the spotlight on themselves: the opportunity to be someone else instead.

“I think a lot of actors are introverts really,” Clifford says. “It’s that deep exploration within yourself that allows you to consider what it might be like inside another vessel. Certainly for me, the best part is getting to be in somebody else’s shoes.”

There’s plenty to explore in the role which Clifford is here to talk about: that of Sylvie in Life After Life, the series based on Kate Atkinson’s best-selling novel. Sylvie is the mother of the protagonist, Ursula (played by Last Night In Soho’s Thomasin McKenzie), who lives multiple lives throughout, as we follow her births, deaths and rebirths, seeing how little twists of fate lead to vastly different outcomes. In such a narrative, playing a single character for Clifford means running the gamut, as Sylvie lives a different life – and in a way is a different person – in each version of the story, depending on the path her daughter is on.

“I feel like she’s almost the ultimate mother,” Clifford muses. “You see her in so many different guises, depending on the outcome of different lives. It was honestly such a joy to embody that, and with Thomasin, she is just magnificent, I mean incredible. It was really interesting, seeing how their personalities would strain in different directions depending on what happened to them.” 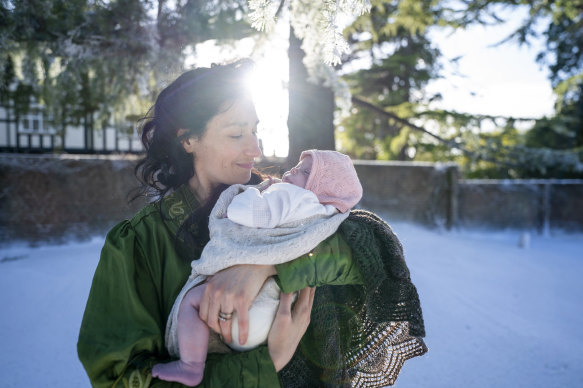 Sian Clifford’s character experiences multiple lives with her daughter in Life After Life.

Most actors will bubble with enthusiasm when speaking about their latest project, but few are as effusive and sincere as Clifford when discussing Life After Life. It would seem that from the moment she began reading Bathsheba Doran’s Life After Life script (she hadn’t read Atkinson’s book prior to landing the role), it was a case of true love.

“I think they just sent me the first episode, and every part of my being wanted to be involved in the project. I love exploring these kinds of ideas in my own life, so to see it articulated so beautifully on the page … I did everything I could to get that part.”

That word “exploring” pops up again. Clifford gives the impression of being an adventurer, always seeking something new, different parts to allow her to inhabit different aspects of being human. In a career already stuffed with highlights that include The Suspect, Quiz, Fleabag and an upcoming “small but lovely” part in the whodunnit comedy See How They Run, it’s notable how varied her roles have been. Some British actors have umpteen variations on dogged detectives or dodgy villains on their IMDB page, but Clifford seems particularly skilled at the art of transformation – which is, after all, the core of acting.

“I think that’s a lot of why actors do what they do, is for that sort of variety. You get to learn different things, you get to step into a different person’s shoes all the time, and you can learn so much about your own humanity and humanity itself by doing that. It’s a real privilege.” 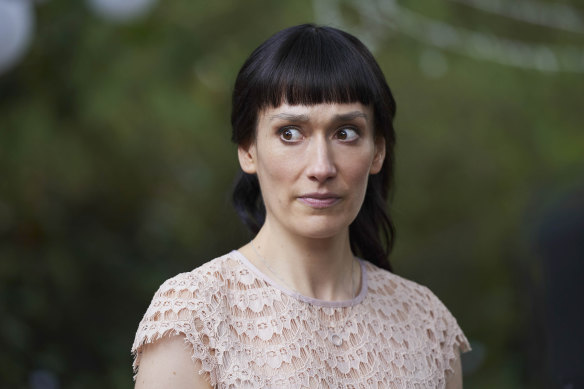 Sian Clifford is a tightly wound delight as Claire in Fleabag.Credit:Amazon Prime Video

That privilege, the joy of being able to do what she does, runs through everything Clifford says about her work. “A director once said to me: don’t suffer. It’s supposed to be fun,” she says, and all evidence is that she’s having enormous fun in the life that chose her all those years ago. “You’ve just gotta play the truth and the rest will take care of itself. It’s all imagination, and that’s the play of it.

For “play” is what Clifford is all about. While utterly committed to finding and playing the truth of every character, she wears them lightly, eschewing the method favoured by some actors of letting a character consume them.

“People talk about getting lost in a character and I never experienced that, honestly. [For me] it’s all imagination, all in the script. That’s my process, that’s me as an actor, and I know some people do other things, but I think when you start blurring that line between yourself and a character, that’s when you can really run into some psychological trouble.”

Especially with a character like Sylvie, who as Clifford says, “has to go through hell at certain points in her story”. One particularly harrowing scene depicts Sylvie giving birth, which did give the actor some pause.

“Building up to that, I was more anxious because I haven’t lived through that and I’ve no experience of it. But all my female friends who I spoke to, who’ve given birth, just said your body will know what to do. So I really did go into a very strange space when filming the scenes, but as soon as that day was done, it was done, and I left it in the room.”

It’s an acting philosophy that combines complete commitment to the role with the ability to still enjoy what you’re doing, and it’s paying off for her, just as it is for audiences. God bless The Little Mermaid.

Life After Life airs on Britbox.

Why did Cameron Diaz retire from Hollywood?