British mother goes viral with video showing how she spent almost £1,000 on ONE day at Universal Studios for her family-of-four

A British mother-of-two has gone viral with a video reveal the exact amount her family spent during a day at Universal Studios in Florida.

The revelation divided opinion, with some viewers insisting the park had ‘fleeced’ them, and others insisting there are easy ways to save money, for example by bringing your own food and drink. 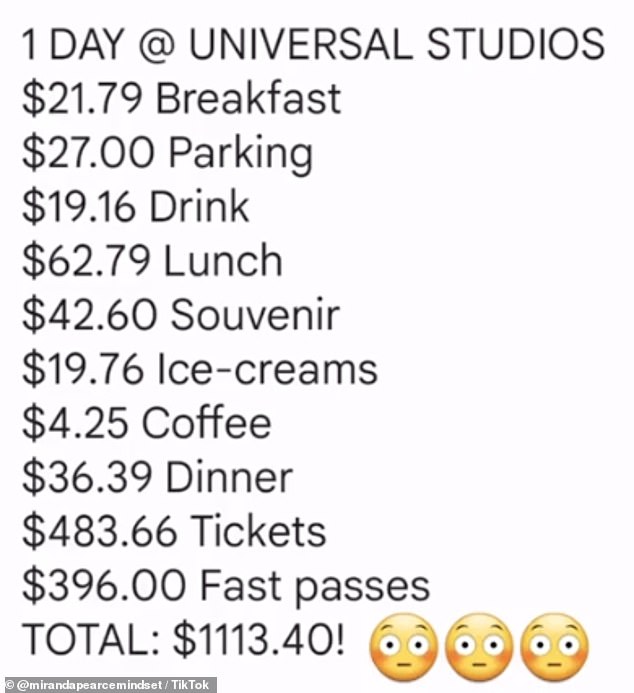 The total cost of a day out at Universal Studios in Orlando Florida for a family of four. The UK mother and marketing expert said ‘watch until the end you’re not going to believe it’ at the start of the clip which she posted to TikTok

Sharing the video, Miranda said: ‘Guess how much we spent in one day at Universal Studios Florida – wait for the end, you ain’t gonna believe it.’

The day started with a costly breakfast of $21.79 at the Wendy’s Drive Thru followed by some expensive parking at $27. As the fun fest continued, so did the increasing costs – prompting the mother to share her experience on social media.

Miranda shows a clip of her son holding a drink and said: ‘This is us getting a refillable drink for $19.’

She then went on to meet King Julian from the film Madagascar who she says is her absolute ‘hero’ – so the family still appeared to be having fun despite the costs. 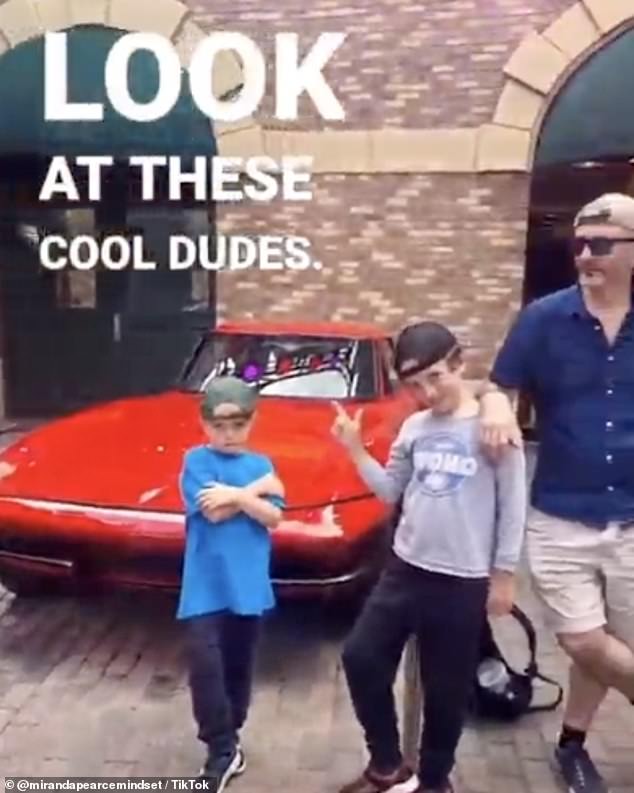 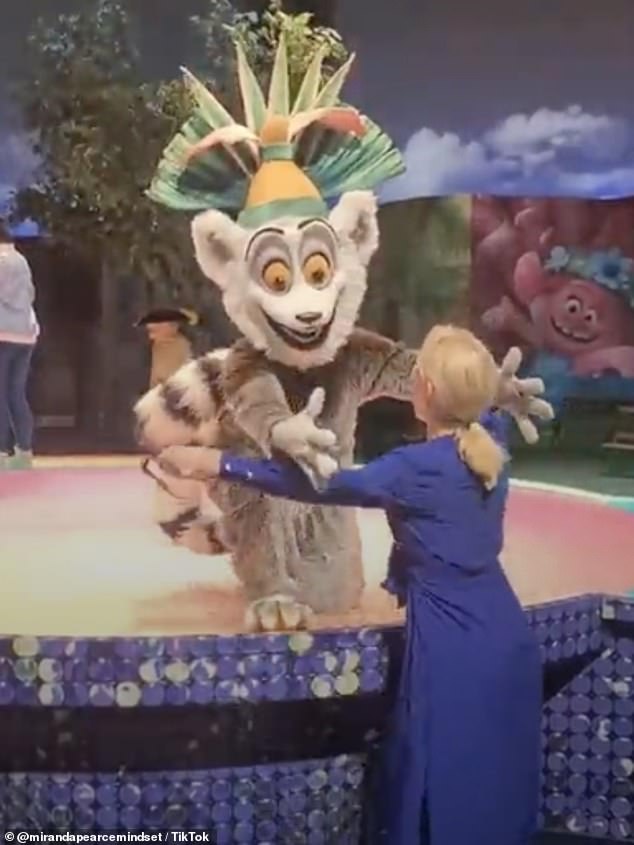 Miranda got to meet her ‘hero’ King Julian from the film Madagascar and All Hail King julien, she hugs the character – maybe made the prices worth it? 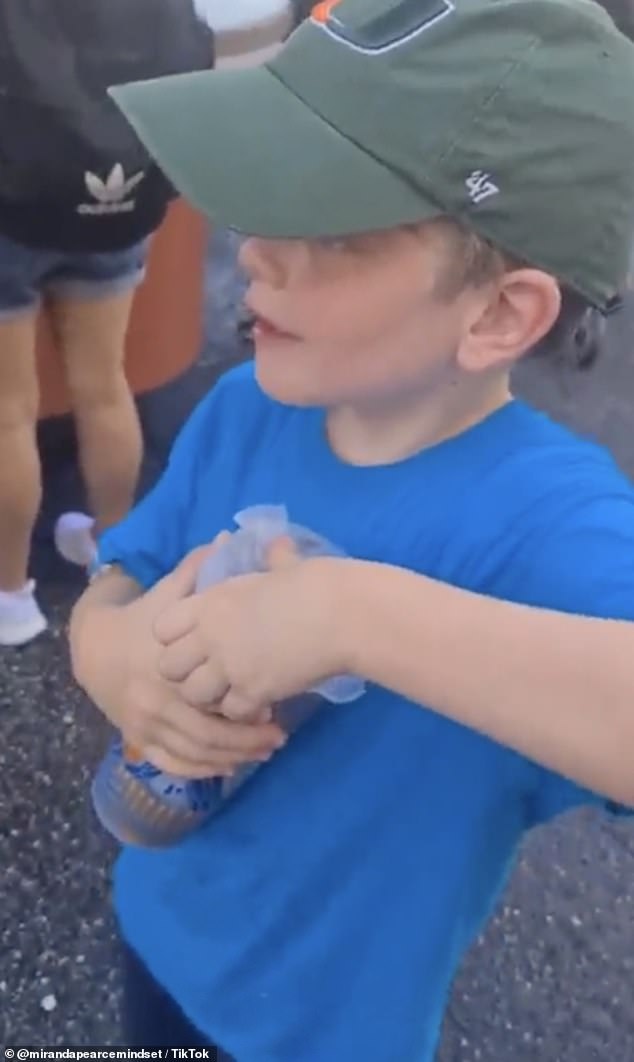 Miranda’s six-year-old son holds a large refillable drink which cost $19, in the clip he is seen spilling a small amount

Her reasoning for shelling out for the fast passes was: ‘I’m not waiting around in any queue with a six year old,’ before asking her audience, ‘Would you have paid that?’

Many agreed that the prices were high with one person claimed they had paid less for 14 days at Disneyland.

They said: ’14 days at Disney a few weeks back and spent just over $1,000 in total! Backpack, flasks, snacks, Walmart deliveries. Mainly to save queuing!’ 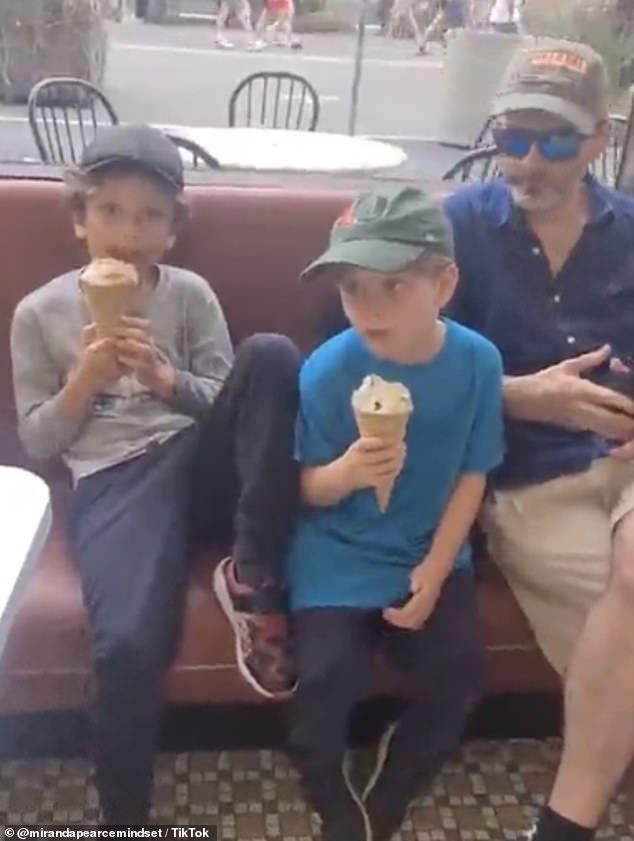 The family sit down to enjoy and ice cream that set them back $19 and Miranda has a coffee which cost $4.95 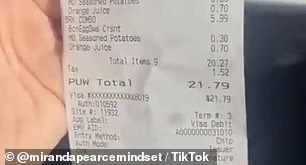 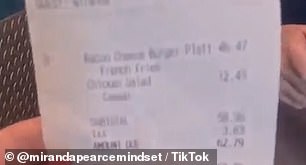 Pictured right is a receipt from breakfast at the drive-thru Wendy’s costing $21.79 and pictured left is the receipt from lunch, which was a burger and chips for $62.79

Another chimed in: ‘They absolutely fleece their guests.’

One person said when they went to Universal Studios in 2017 the prices were much lower, at $200 a ticket.

A woman admitted to saving up for the day with her partner saying: ‘Me and my other half are starting an Orlando fund to take our two kids but I fear no matter how much we save we just won’t be able to afford it.

The video has racked up over 19,000 views and 1.492 comments so far with people divided over the clip. Some agree with Miranda, whereas others offered advice on how to do the trip for cheaper. One person said they could have ‘gone away for a week and rented a villa in Portugal for that’

More seasoned visitors responded to the video with advice saying ‘bring your own snacks and drinks’ and ‘skip the fast track tickets’, to which Miranda thanked them.

Other however were more disparaging of the video, with one TikToker saying: ‘You could get a villa in Portugal for that.’

Another said: ‘Not worried about your electricity bills then?’

One said: ‘Why not? I got fast passes and had a great time there.’