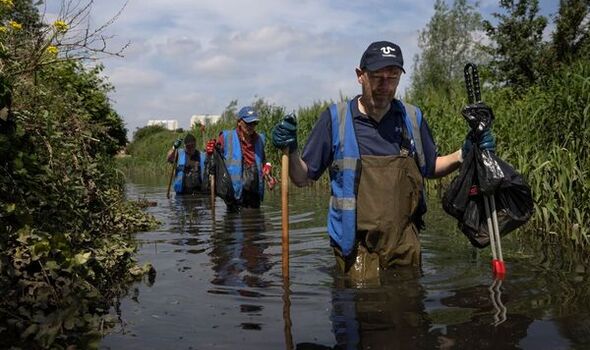 There were eight of the very worst type of category one incidents, compared with three in 2020.

The EA said: “The Environment Agency is today calling for prison sentences for chief executives and board members whose companies are responsible for the most serious incidents and company directors struck off so they cannot move on in their careers after illegal environmental damage.”

While total pollution cases were down slightly to 1,883, compliance with permits to discharge treated waste water declined compared with 2020.

Southern and South West Water were only given one star, the bottom rating. Their performances were described as “terrible across the board” by Environment Agency chairwoman Emma Howard Boyd.

Ms Howard Boyd said: “It’s appalling that water companies’ performance on pollution has hit a new low. Water quality won’t improve until water companies get a grip on their operational performance. For years people have seen executives and investors handsomely rewarded while the environment pays the price.

She added: “Company directors let this happen. We plan to make it too painful for them to continue like this.

“The amount a company can be fined for environmental crimes is unlimited but fines handed down by the courts often amount to less than a chief executive’s salary.

“We need courts to impose much higher fines. Investors should no longer see water monopolies as a one-way bet.”

Hugo Tagholm, chief executive of campaigners Surfers Against Sewage, added: “The industry has catastrophically failed and urgent legislative and legal action must be taken to prevent a few industry fat cats from robbing the nation of clean rivers and coastlines, thriving with life.

“Water company directors are overseeing the collapse of our blue ecosystems, drowning us in deceit, evading their legal responsibility to protect the environment and selling us all down the river.

“This is now a reckoning for an industry that has blue-washed its record for too long.”

Christine McGourty, chief executive of Water UK, which represents the companies, said: “This year’s results show that, overall, industry must do better.

“Although there were companies that demonstrated excellent performance, the total number of serious pollution incidents was too high, bucking the recent trend of year-on-year improvements.

“Tackling this is our single biggest priority and every company has a comprehensive plan in place to make that happen.”

A spokesperson for the Environment Department (Defra) said: “Water company chiefs cannot continue to make huge profits whilst polluting our waters. We will not tolerate this and we will take robust action if we don’t see urgent improvements.”

Philip Dunne MP, Environmental Audit Committee Chairman, said: “I am sorry to say that these figures are shocking but not surprising. The EA’s calls for heftier fines and prison sentences ought to concentrate minds within water company boardrooms, and it is encouraging to see firmer action from the EA in enforcing permit breaches.”

The Daily Express Green Britain Needs You campaign has highlighted the state of the country’s waterways.

Chadwick Boseman's Manifesto: 'I Want to Break Barriers in Every Way I Can'

Court in the trenches: Behind the scenes of the Ben Roberts-Smith trial

What Does One Beer By Hardy Mean?