Home » Lifestyle » Whoopi Goldberg Slams Racist House of the Dragon and Ring of Power Fans: 'What is Wrong With Y'all?'

"All of y'all who have problems because there are Black hobbits… Get a job!…because you are focused on the wrong stuff."

Whoopi Goldberg has had enough of racist “Lord of the Rings” and “Game of Thrones” fans.

On Tuesday, Goldberg and her “The View” co-hosts called out the racist backlash the fantasy shows, “The Lord of the Rings: The Rings of Power” and “House of the Dragon” have received over inclusive casting choices.

The “Sister Act” star slammed closed minded fans for accepting the existence of creatures such as hobbits and dragons but not Black actors in these fantasy worlds.

The 66-year-old continued, “All of y’all who have problems because there are Black hobbits… Get a job! Get a job! Go find yourself, because you are focused on the wrong stuff.”

Her co-host Sunny Hostin shared the same sentiments and expressed her disbelief, “What I think is fascinating is like, dragons are okay — fire-breathing dragons — and people with white hair that are born like that when they’re little, and violet eyes, but the Black people in it is just a bridge too far for these folks.” 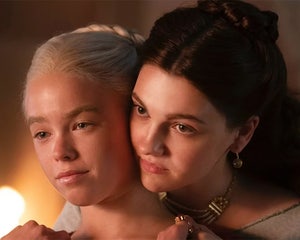 Goldberg continued the discourse about including Black actors in fantasy roles by referencing Disney’s upcoming live action “The Little Mermaid” remake and the adverse reaction by racist Ariel fans upon Halle Bailey’s casting.

Upon Disney’s casting decision back in July 2019, some took to Twitter to start a social media campaign titled “#NotMyAriel” to have the Mouse House recast the role with a white actress who would more closely depict the appearance of the cartoon mermaid in the original 1989 animated film.

“Y’all are gonna lose your minds when you see the new Ariel,” Goldberg said. “Because you know — and I don’t want to upset any mermaids who are watching the show, you know, because I know there are many communities of mermaids of various colors! And when I say ‘of various colors,’ I’m not playing.”

'The Bold and the Beautiful': 6 Interesting Facts About Jennifer Gareis

5 Reasons We Love Regina King — and You Should, Too