Spoilers for The Good Place Season 3, Episode 2 ahead. On last week’s episode of The Good Place, the Judge warned Michael that there would be serious consequences if he stuck his hands in the human jar. However, he and Janet ignored her cautionary advice, and it’s obvious from The Good Place Season 3, Episode 2 that their meddling has gone too far: Eleanor and co may be (mostly) on the right track, but some curious "ripple effects" have already begun wreaking havoc on the rest of the world. And now that Michael and Janet have fled to Earth in order to escape an unsavory end, it may only be a matter of time before those ripples turn into waves.

As the Judge tells the duplicitous duo when she confronts them at the Earth’s portal, what they’ve set in motion has already had serious consequences in the real world. "Do you know how much weird stuff has happened because of your little experiment?" she asks. "England left Europe. That Hugh Jackman musical about P.T. Barnum? It made like $400 million. Also, the Jacksonville Jaguars are good now." "Impossible!" Michael interjects, because the Jaguars making the playoffs is clearly the most bizarre part of all of this.

What’s so funny about this joke is that, not only are all of these things true, but it begs the question: If Michael and Janet make more changes to the current timeline, will the viewers even know it? Will the humans? Will the meddlers themselves, even? Will Michael’s presence by the water fountain in Dick Tracy cosplay cause a natural disaster or even a Jaguars Super Bowl win? 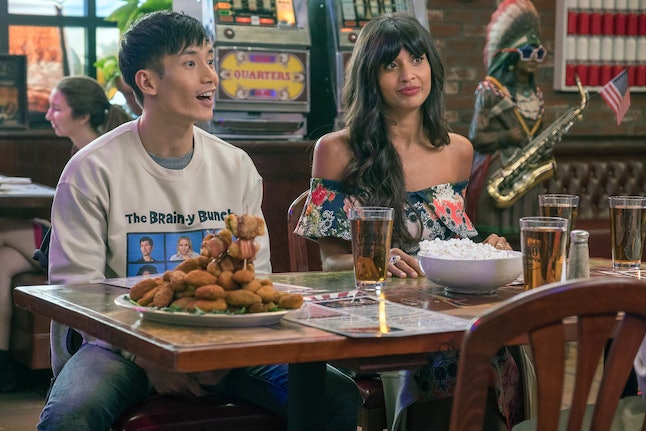 Furthermore, now that Michael and Janet have escaped from the Judge (and consequently the Bad Place), it’s likely that their interference will continue — whether intentionally or not. Their mere presence in a place they’re very clearly not meant to be could be enough to make things go haywire.

Plus, they’re not the only ones sticking their noses where they don’t belong. Early on in the episode, Trevor tries to break up Chidi’s academic study and nearly succeeds. Masquerading as a super-nerd who loves sending Eleanor dank memes and referencing the Harlem Shake, he implies that Chidi shouldn’t fraternize with his study’s subjects, as it might skew the results. As with everything, this causes the academic to spiral into a deep panic.

What’s more, the demon tries to get Tahani and Jason to hook up, again coming close but ultimately failing. Though she hands out personalized apology notes the next day for her drunken behavior, nothing happens between Tahani and the Floridian B-Boy. And then there’s Eleanor, who’s annoyed that Chidi hasn’t been able to give her the undivided attention she’s been craving. As Michael tells Trevor, "When I did this experiment in my neighborhood, every time Eleanor asked Chidi for help, their bond became unbreakable, and the entire group improved." Except that she does ask for his help, and this time, Chidi says he’s too busy to tutor her one-on-one. Perhaps Simone is causing some ripple effects of her own.

By the end of Episode 2, the group is on the verge of splintering apart. And while they’ve been through thousands of variations of the afterlife, it’s unlikely Michael can just hit reset on their terrestrial timeline. Not to mention the fact that they have several different variables this time around: They’re in Australia, Chidi is running things, and there are two additional people complicating the dynamics — one of whom is dead-set on ruining them. It would be nearly impossible to pin down what’s leading them astray. 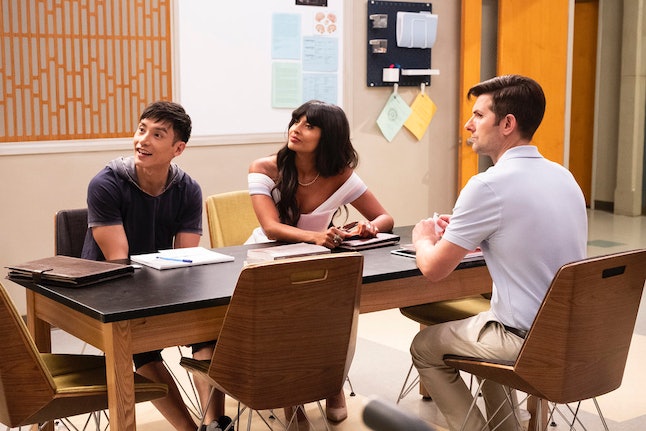 Of course, flipping the script is what The Good Place does best, so it will be fascinating to see what Michael and Janet will do now that they’re loose on Earth. Perhaps Michael will reveal himself to the humans, somehow making them remember their intertwining pasts, or perhaps he’ll continue quietly pulling the strings, risking even more damage.

Watching Janet try to do human things is certainly delightful, but no mater what becomes of the core four, The Good Place seems headed full-steam ahead toward danger.

Demi Lovato gets a new phone number after rehab