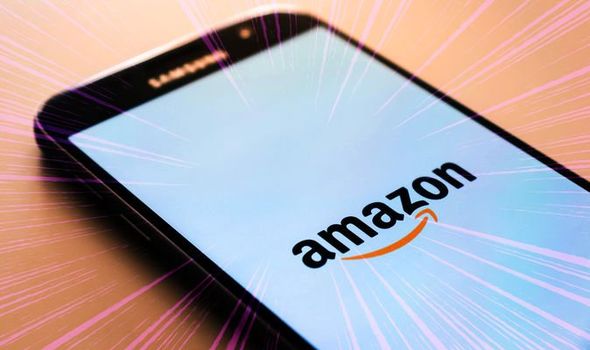 Amazon shoppers have been left unable to load the app on Android smartphones and tablets this morning due to an ongoing issue. When tapping on the app icon, the software immediately crashes – leaving Android users unable to add items to their basket, check on the delivery status of a previous order, talk to customer services, and more.

Hundreds of Amazon customers have flooded to social media to complain about the issue, which only impacts those on Android – not on iPhone or iPad. The problem isn’t limited to the Amazon app either, similar complaints have been levelled at Gmail, Yahoo Mail, and the Google app too. Like the issues surrounding Amazon, these issues only impact Android apps.

Accessing these services from a web browser, like Google Chrome, will continue to work on your Android device – crucial if you’re expecting a delivery and need to update the driver about a change of address, or instructions in case you’re not in. Likewise, logging in on a laptop, desktop PC, or Apple device nearby will also work.

So, why will the Amazon app not load on Android without crashing right now?

Well, the issues with the Amazon app (and those affecting the Gmail, Yahoo Mail, Google app and more) have been linked to a recent update to the ‘Android System Webview’ that was pushed out via the Google Play Store last night around the globe. All of these apps leverage this underlying technology to function. As a result, any problems with this underlying core technology causes issues with seemingly unrelated apps – like Amazon and Gmail, causing them to constantly malfunction and crash when opened.

However, it’s important to remember the above explanation is one that has been proposed by users on social media who have worked out how to stop the constant crashes… Google itself has yet to confirm why the problems are happening. Amazon has not commented on the underlying issues, although it has a customer care account on Twitter that is responding to shoppers trying to access the app on Android.

Thankfully, users have worked out a fix as well as a probable explanation for the problems! If you’re experiencing problems with Android apps including Amazon, Gmail, or others, head to the Google Play Store on your smartphone or tablet. Head to the App Updates tab and then uninstall ‘Android System Webview’.

If that doesn’t work, some users have found success by installing the latest version of Google Chrome on Android, then restarting their smartphone. Crucially, uninstalling the app that is crashing – in this case, Amazon – doesn’t fix the problems. Although that’s usually good practice when suffering these kinds of issues, it doesn’t have any impact on this current problem.

Independent website DownDetector has tracked the impact of the problems by monitoring mentions on social media. Its data shows hundreds of Amazon app users struggling to access the Android version of the software every minute in the UK right now.