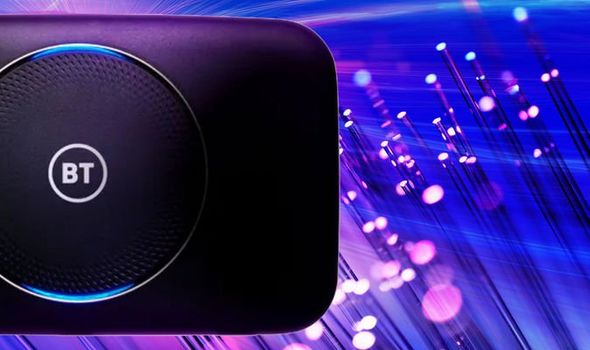 BT is slowly upgrading millions of homes across the UK to its full fibre broadband network. The company has revealed the latest batch of almost 200 locations set to benefit from its gigabit-capable connection. If you’re wondering whether you’ll soon be able to take advantage of these lightning-fast download speeds then this is what you need to know.

BT-owned Openreach is responsible for the upgrades. It hopes to reach some 25 million premises by December 2026. As part of these expansive upgrades, the next 170 new locations around the UK have been revealed.

Gigabit-capable fibre-to-the-premises (FTTP) connections differ from regular broadband – sometimes advertised as “fibre broadband” in adverts – as the speedier (and more reliable) fibre-optic cables link directly to the router in your home. This contrasts with older connections that hooked-up the fibre-optic infrastructure to the green communication boxes you see in streets through the UK, leaving the final few metres to your front door to be handled by older copper cables.

If you’re lucky enough to be in an area that offers gigabit broadband you’ll be able to enjoy lightning fast download speeds.

BT’s amazing “homebuyer” deal slashes the price of some of its fastest fibre broadband packages in half for the first three months …and don’t worry, there’s no need to prove that you’ve recently moved house to qualify! After the first three months, your monthly bills will rise to £34.99 a month. With download speeds of 150Mbps, this bundle means you’ll rarely see any buffering!

If your broadband is out of contract, Vodafone’s new “Switch and Save” deal estimates that you can save as much as £300 by switching to one of its newly discounted plans. With average download speeds between 72-73.5Mbps, this isn’t the fastest connection on the list, but it’s a great price. 70Mbps is the UK average speed, so is more than enough to binge-watch some Netflix, join a videocall, and back-up photos and data. If you have a SIM plan with Vodafone, you’ll benefit from a free tablet too

TalkTalk is offering its fibre broadband at a discounted price, with customers now able to access to the web from just £23.50 per month. You will need to pay a one-off £9.95 charge for the postage of the new Wi-Fi router, but that’s it. TalkTalk says to expect 38Mbps download speeds, which isn’t the fastest …but it’s a very affordable package that could seriously reduce your monthly outgoings

For a limited time, John Lewis is handing out a £45 voucher to spend in its stores or Waitrose when you sign-up to its fibre broadband plan. Coupled with the free evening and weekend calls to a landline, the unlimited usage, and the short 12-month minimum contract length – this is a superb deal

Plusnet has dropped its £10 activation fee on this plan – which is a nice change. In terms of the broadband bundle, you’ll get acceptable 66Mbps speeds and unlimited usage. The 18-month minimum contract isn’t the shortest on this list, but it won’t tie you in as long as some providers, like BT

Hyperoptic is one of the new kids on the block. Unfortunately, that means it’s not available quite as widely as BT, Sky or Virgin Media, but if you’re lucky enough to have its gigabit-cable cables in your street – there are some amazing deals to be had. For example, you can secure 150Mbps download speeds (more than double the UK average broadband speed!) for just £25 a month

While GigaClear might not have the brand recognition of some of the other brands in this list, it more than makes up for that with some phenomenal deals. Right now, you can get 500Mbps download speeds – almost 11 times faster than the UK average speed – for less than £30 a month. You’ll also get unlimited downloads and free installation

Virgin Media will slash the price of its full-fibre broadband bundles when you decide to add a phone line (don’t worry – you don’t have to use the phone). This means you can get 108Mbps speeds for just £28 per month, which is much more affordable than its broadband-only bundle for the same speeds

This Yoga Top Proves How Chic Loungewear Can Be — Now Under $15 at Amazon!

Man sentenced after RCMP listen in on phone call during B.C. kidnapping

Kris Jenner Has Such a Huge Crush on Keanu Reeves, She Once Considered Giving Him an Unusual Gift for Valentine's Day