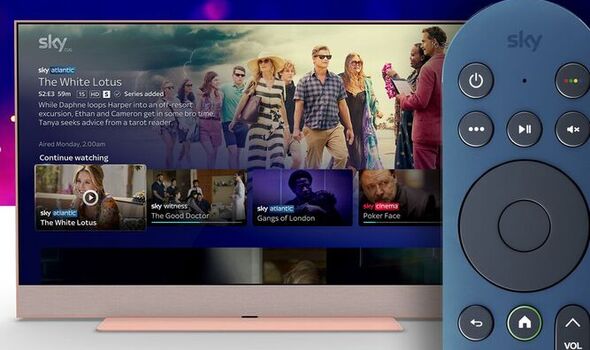 Sky announced earlier last month that it was making some major changes to its Glass TV and all-new Stream box device. Now it appears the satellite TV firm is ready to unleash the big upgrades to customers across the UK with the changes started today.

Get Sky Glass at lowest EVER price in Black Friday deal

Sky Glass has dropped to its lowest ever price in the Black Friday sales. The all-in-one 4K TV is available in 43-, 55-, and 65-inch screen sizes. Customers can buy Glass TVs at checkout or spread the cost in affordable monthly repayments

If you happen to own a Sky Glass television or have recently purchased Sky’s all-new streaming box then you don’t need to do a thing with the features appearing automatically via an over-the-air update.

Once installed, the biggest thing you’ll notice is an improvement to Sky’s Playlist recordings function. If you weren’t already aware, Sky Glass and Stream do not have an internal hard drive with this section of the home screen storing content via online cloud services and on-demand players.

As you can read in our Sky Glass review, Playlists did have some niggles at launch including the fact that the most recent shows that have been aired always appeared last in the list.

That meant skipping through endless episodes to get to the one that you probably want to watch.

Luckily things have now changed with Sky swapping things around so you see the latest episode of a show first. Hooray!

There’s also another change that makes it quicker to get to things with the introduction of a new ‘Most Recent’ rail at the top of the screen that will display all of your latest shows.

Sky clearly thinks that the Playlist feature is something users want access to with this section also being moved higher up the home screen.

The next new feature that’s arriving from today is Bluetooth connectivity. This has been a most asked for upgrade as it now allows Sky Glass users to watch movies using their wireless headphones. That means the volume can be pumped up to 11 without disturbing the rest of the house.

So those are the big updates launching now but there is more to come before the end of the year.

Sky has also announced the upcoming launch of Personalised lists. When you switch on Sky Glass, you’ll be able to choose your profile and make it your own with dedicated recommendations then being shown on the screen. It basically means that parents won’t be bombarded by cartoons when they settle down for an evening’s viewing and kids won’t be shown anything that might be inappropriate.

Finally, Sky is boosting the Sky Glass visuals via a new Vivid Mode in the ‘Options’ menu. This makes things appear far more punchy and rich with colour. Expect more news on that soon.

If these updates have got you thinking about switching to Sky Glass then now could be a good time to invest.

Sky has just announced its lowest-ever price for this television with prices in its Black Friday sale now starting from just £35.