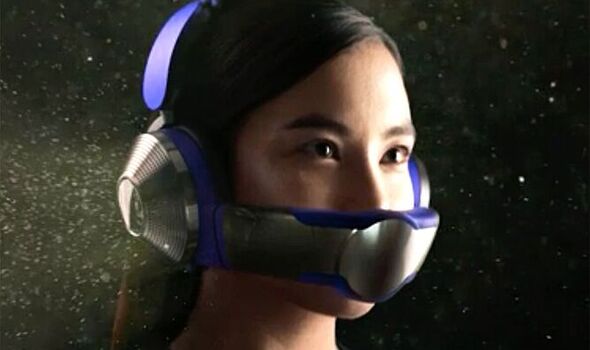 Dyson might be famed for producing some of the best dust-busting devices on the planet but now it’s turning its attention to a unique pair of headphones. The Dyson Zone, which was first announced earlier this year, not only boom audio right into your ears but also purifies the oxygen you are breathing in at the same time. That’s all thanks to some clever filters which sit inside the earcup and clean the air before blowing it across your nose and mouth.

It all sounds pretty whacky but Dyson clearly thinks that the growing issue of pollution could make its Zone a hot product in 2023. Recent stats suggest 99 percent of the world’s population live in areas that exceed the World Health Organisation (WHO) safe levels for pollution.

Although Dyson has allowed publications, including Express.co.uk, to try out its new air-cleaning cans the British-based firm hasn’t revealed a financial figure but that’s all changed with a starting price now officially confirmed.

So how much will the Dyson Zone cost?

Those wanting to pop a pair on their head will need at least £749 in their bank account. Ouch!

At least there is time to save up that cash as they won’t arrive in the UK until March 2023.

Those who can stomach the price will not only see 99 percent of all particles killed by these headphones but they should also get a decent audio experience as well.

Dyson is promising that its Zone cans feature Active Noise Cancelling technology which will block out all background sound. In fact, there are a total of 11 microphones tucked inside these gadgets which monitor surrounding noise 384,000 times a second to make sure none of it leaks through.

Along with that impressive ANC, the internal speakers have been designed to minimise distortion and improve vocals so every word should be heard loud and clear.

There’s also a 50-hour battery life plus rapid charging for a quick refill and they include a rugged design which should keep them safe should you drop them.

Finally, the purifying face mask is detachable so you don’t have to wear it if you are listening to tunes somewhere pollution free.

Want to know more? You can read our initial Dyson Zone thoughts here.

Can Ghostbusters: Afterlife Upset Encanto at the Box Office?

Man in his 50s dies after crash between Bugatti and ambulance