Home » Technology » Fortnite ban: Buying an iPhone with blocked game installed will cost you £7,500 on ebay 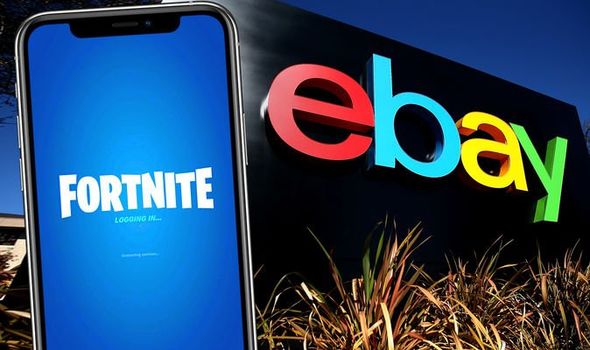 Apple removed Fortnite – one of the most popular games on the planet – from its App Store last week after the developer circumvented Apple’s own in-app payment system in favour of its own solution, which violates the terms of service of the digital store that supplies app for one billion iPhone worldwide.

As the dispute between Apple and Fortnite creator Epic Games escalates (the latter recently mocked the Californian technology firm with a movie aired to millions of players inside the game while simultaneously launching a lawsuit in the real-world), those who haven’t already downloaded Fortnite onto their iPhone, iPad, or iPod Touch have been left unable to enjoy the multiplayer title.

To help rectify this, a number of enterprising Fortnite fans have started to list iPhones with the game already installed on online auction site Ebay.

Crucially, the block implemented by Apple does not remove the Fortnite app from your iPhone if you’ve previously installed it. It simply removes the listing from the App Store, which is the only way to install new applications and games onto an iPhone, iPad, or iPod Touch. But while players who already have the iPhone app installed can continue to play, they’re set to miss out on new challenges and future software updates when they roll out from Epic Games as these are handled by the App Store.

READ MORE
Fortnite Season 3 end date: When does it end, and when does Season 4 begin? 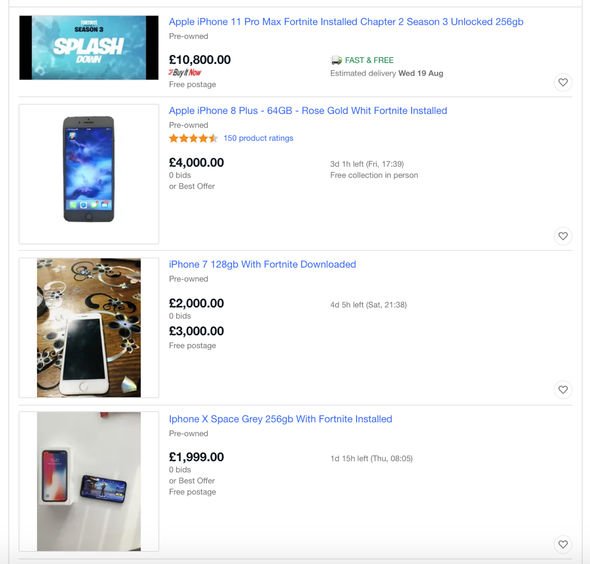 Not to mention far, far more than Fortnite itself costs to play. The video game sensation, which has clocked up 350 million players worldwide, is free to download and play.

However, Fortnite generates revenue by offering players the chance to buy in-game currency, known as V Bucks, which can be used to buy new equipment, costumes, taunts, vehicles and more. These refresh every month with the launch of a new Battle Pass, which also includes new in-game challenges to keep the gameplay fresh.

It’s these in-app transactions that has kickstarted the monstrous dispute between Fornite and Apple. Google has also blocked Fortnite from its Play Store (the App Store equivalent for Android smartphones and tablets) however, this isn’t such a dealbreaker as Android devices are able to download and install software from websites and rival stores to the Play Store. As such, Android handsets can install Fortnite from developer Epic Games’ website. Samsung’s rival Galaxy Store still includes Fortnite.

Apple and Google both take a 30 percent cut of any digital goods purchased inside apps. That’s the reason you’re unable to buy Kindle ebooks from the Amazon app on iPhone and iPad – as Amazon doesn’t want to hand over a cut of the profits to its rival. However, the same 30 percent cut does not apply to physical goods, which is why you can order tables, TVs, bookcases, and car tyres from the same Amazon app without any issues.

Spotify dropped the ability to subscribe to its paid-for music streaming plans from inside the iOS app to avoid handing over the same cut to Apple. Instead, you’ll need to subscribe to your new monthly plan on the Spotify website to see the change reflected inside the app.

Netflix pulled the ability to subscribe inside the iPhone app back in 2018 for the same reason.

Last Thursday, Epic Games offered the ability to buy V-Bucks directly from the developer – bypassing Apple – at a 20 percent discount. Epic Games said it was able to sell the currency at the discounted rate as it would not have to hand over 30 percent of the in-app transaction to Apple. However, this was the violation that caused Apple and Google to immediately drop the app from their digital stores.

It’s unclear how the drama will end. But what we do know is that if you’re looking to play Fortnite for the first time, you’ll need to download the free-to-player shooter on your PlayStation, Xbox, Nintendo Switch, PC …or cough-up £7,500 on eBay.

Alicia Keys Hints at What to Expect From Her Upcoming Album