Sony has finally realised the error of its ways and opened up cross-play with other platforms on Fortnite.

In an inexplicable move during E3 2018, Sony declined to join the the cross-play party and restricted players from joining games that had gamers from other consoles, but a new statement confirms cross-play is coming to PS4.

Speaking on the PlayStation Blog, Sony Interactive Entertainment announced it has “identified a path towards supporting cross-platform features for select third-party content”.

Fortnite snags the honour of becoming the first title to migrate to cross-play, with all progression and items moving between your account on any platform.

Be ye a Sony fanatic, a Nintendo Switch pro, or an Xbox One or PC player, you can now enjoy Battle Royale across all your lovely gaming machines. Note this also includes Android and iOS, so there is literally no excuse not to play Fortnite now. 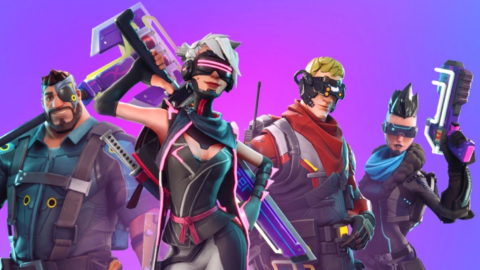 From today, gamers can join up to the cross-play beta and access their account and battle other players online. To sign up, just head over to the Epic Games official website and link your PS4 account to all your other consoles in the menu.

Sony president John Kodera added: “We recognise that PS4 players have been eagerly awaiting an update, and we appreciate the community’s continued patience as we have navigated through this issue to find a solution.

“We see the beta as an opportunity to conduct thorough testing that ensures cross-platform play is best on PlayStation, while being mindful about the user experience from both a technical and social perspective.” 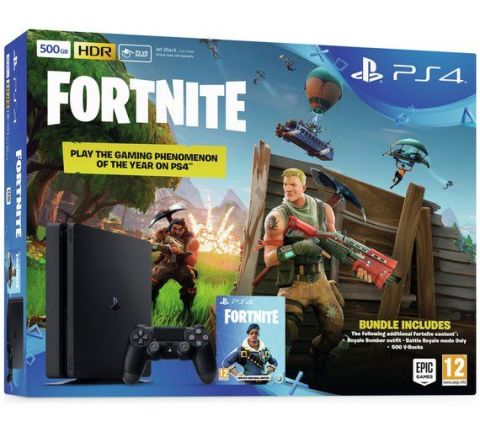 It was a huge surprise to most gamers when Sony did not participate in cross-play back in June, but the new beta will open up progress, achievements, skins and cosmetics to any and all platforms.

If you still need a console to play Fortnite on, why not buy the PS4 500GB Fortnite Royal Bomber Pack Bundle from Argos for £249.99. An exclusive Royal Bomber skin and 500 V-Bucks will be yours if you buy it now.

You can also get the Xbox One S Fortnite bundle for £249.99. You will get hold of the game, an Xbox One S console in white, an exclusive Legendary Eon cosmetic set, and 2,000 V-Bucks.

For American readers, check out the Fortnite Xbox One S bundle on Best Buy for $299.

The Fortnite hype-train just keeps on rolling, with Epic Games bringing out a sixth season for players to work through.

Epic Games released a Fortnite season 6 trailer on its official Twitter page, hinting at a purple colour scheme that could be down to that enigmatic, giant, purple cube that has taken over the map.

As has always been the case with big Fortnite updates, servers will be switched off at 9am BST (4am ET) and will remain offline for several hours – though usually no more than three hours for the larger updates. 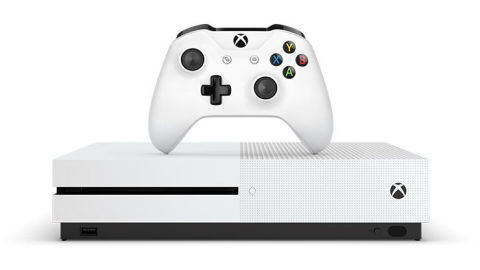 Preorder the Nintendo Switch Fortnite bundle on Game for £279.99.

When the smoke clears, we’ll have some major map changes, a brand new battle pass, and likely a bunch of other stuff, too. Other seasons have revealed items like “hop rocks”, ATKs and rifts, and we assume that we’ll be seeing something along those lines this time too.

It’s a real question mark: nobody really guessed that we’d be seeing a giant golf course for Season 5, and the launch of Season 4 had people scouring the map for hidden bunkers.

Interest in Fortnite has never been higher, and Epic Games is now king in almost every country and every platform (thanks to Sony’s cross-play beta). 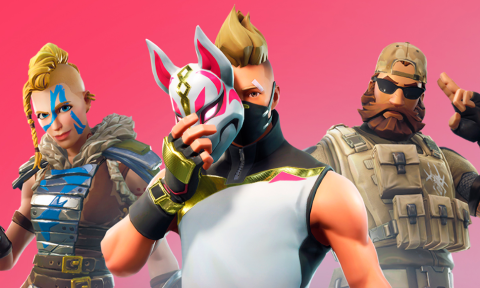 The game had 78.3 million players in the month of August, but it’s easy to wonder if it has crested or if it will crest soon. A fad of this calibre has to do that eventually, and though this game will definitely have a long and profitable life with tens of millions of players, there will come a point when the count starts to go down.

Until that point, just keep on playing. Fortnite is free-to-play, so you only need one of the many, many consoles the game is available on.

And thanks to Sony’s announcement today, you can collect kills and achieve Victory Royale with players anywhere in the world, on any console, so dust off your shotguns and get playing.

'The Mandalorian': Why Do Fans Call Him 'Baby Yoda' If That's Not His Real Name?

Emily Ratajkowski's Crop Top Is So Tiny, but It's Her Affordable Jeans That Have Our Attention