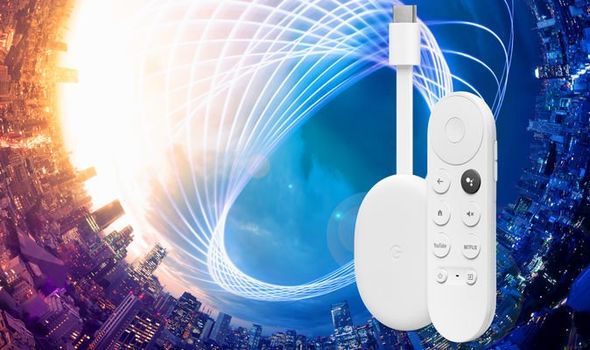 With Black Friday and Cyber Monday behind us, you could be forgiven for thinking that you’ve missed your chance to sign-up to a blockbuster Black Friday deal. However, that’s not the case – as Shell Energy is now offering a free Chromecast with Google TV with select broadband plans.

The deal is only available until December 7 for new customers. Google only announced the new Chromecast with Google TV back in September. Priced at £59.99, the new Chromecast is the first streaming gadget to ship with a remote control. Unlike previous Chromecast devices, which required smartphone owners to pull-out their devices to pause whatever they’re watching, or pick the next episode.

Not only that, the remote control includes the Google Assistant, which means you can ask the chatty AI to find shows and movies with your favourite actors. You can also use the Google Assistant to control smart light bulbs, plugs, smart thermostats, and more. Streaming apps for Netflix, Prime Video, Disney+, YouTube, and more are all supported out-of-the-box.

And if there isn’t an app available, users can use the Cast function that powered all previous Chromecast streaming sticks and set-top boxes.

In our review of the Chromecast with Google TV, we praised the new user interface, writing: “Google had a lot of catching up to do with its new Chromecast. The gorgeous artwork-filled menus found on Amazon Fire TV, smart recommendations from across streaming services found on Apple TV, and simple remote control available with all Roku devices all made the menu-free, smartphone-controlled Chromecast look like a relic in comparison.

“And unlike the competition, you still get all of the features that made the Chromecast such a runaway hit in the first place, like beaming photos to the big screen from your phone, broadcasting a tab from your Chrome web browser, or queueing up music videos from YouTube – with friends on iOS and Android able to contribute to the playlist too.”

So, if your broadband contract is due to be renewed and you fancy upgrading to the brand-new Chromecast with Google TV, Shell Energy is offering the new HDMI dongle to those who sign-up to the Superfast Fibre and Superfast Fibre Plus plans, which offer average download speeds of 35Mbps and 63Mbps, respectively.

Not only that, Shell Energy pledges “no end-of-contract price rises” as well as “exclusive savings on fuel at Shell service stations”. New customers who need a brand-new line installed will have to pay a £60 one-off charge. However, if your home is already served by Openreach infrastructure, which also offers broadband from firms like BT, Sky and TalkTalk.

‘Avengers: Endgame’ Was Nominated For A 2020 Oscar & Fans Are Thrilled

Billie Eilish Might Debut This Much Anticipated Song At The Oscars