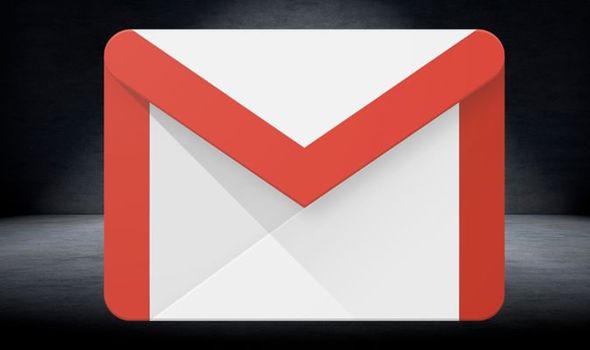 Gmail dark mode is available on any smartphone running Android 10 or iOS 11 and newer. The theme ensures the typically piercing white colours are removed in favour of black and dark grey tones.

Not only does this make a last-night sort of a cluttered inbox easier on the eyes, but it should also save battery on smartphones with an OLED display, too.

Enabling Gmail’s new aesthetic on a compatible device is simple. It’ll conform to your system-wide by default, so if you have either Android 10 or iOS 13’s dark mode enabled, you’ll see it without having to lift a finger.

However, there are also manual controls to switch it on and off within the app’s settings – for those who haven’t got the latest version of iOS and Android with the system-wide dark mode option.

The biggest problem with Gmail’s flashy new dark mode is the fact it’s only available on Android devices running Google’s latest version. Because the operating system is notorious for its fragmentation, that means hundreds of millions of phones still can’t turn the email app’s lights off.

To demonstrate the scale of the issue, Android 9 Pie was installed on less than a quarter (22.6 percent) of the 2.5 billion Android devices across the globe… after a year of being available to download! Unsurprisingly, the number of mobiles running Android 10, which only launched a few months ago, is even less.

Right now only a very small number of smartphones are eligible for an Android 10 upgrade. These include Google Pixel devices, the Essential Phone and new OnePlus handsets.

But, a seismic number of devices are still left running Android 9 Pie… or older. By far the most notable of these are Samsung’s Galaxy S10 and Note 10 series, in addition to top-tier Huawei phones like the P30 Pro and Mate 20 Pro.

It seems a number of Android fans have had enough of their friends boasting about Gmail’s dark mode and have taken to Twitter to vent their frustration. In particular, a Twitter user by the name of James asked Google if it plans to roll out Gmail’s dark mode on older operating system versions.

He questioned: “Out of curiosity, does anyone know how long the rollout of dark/night mode for the Android Gmail app is going to take? The update I got today didn’t have it, so I’m still waiting.”

In response, Google clarified Gmail’s dark mode is only available for Android 10 and didn’t discuss whether it would eventually roll the feature out to older versions.

James replied: “Thanks, but unfortunately I have no control over when or if my phone’s OS gets updated. I think it should eventually get Android 10, but I can’t be sure. Is there really no way you can make dark mode available on Android 9?

“I hope adding dark/night mode to versions of Android below 10 can be done. I’ve seen adoption curves in the past; new OS’s can take a long time to become prominent. It would be best to make features available on more OS versions to reach more users.” 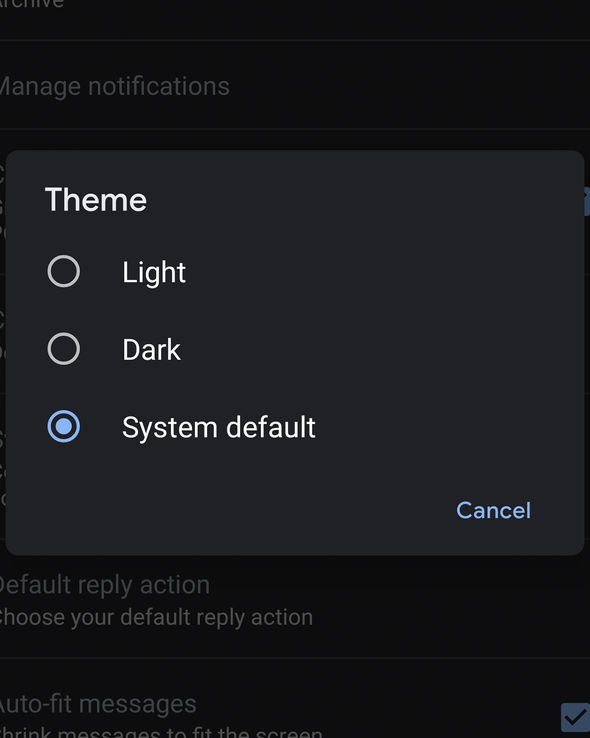 Numerous other fans have sent tweets to Google’s Gmail account asking for its dark mode to debut on older versions of Android. In particular, some pointed out their device, such as the Galaxy S8, are not currently (and possibly never will be) eligible for an Android 10 upgrade.

Another tweeted: “Will Gmail have a dark mode for Android 9 version users? My Galaxy S8 Plus is not eligible for the Android 10 version.”

iPhone users meanwhile have no reason to complain about Gmail’s dark mode. Not only is the theme available on three operating system versions in total (iOS 11, iOS 12 and iOS 13), but Apple also does a much better job at delivering new software upgrades to its fans. In fact, the firm recently announced its all-singing, all-dancing iOS 13 operating system is already running on over 50 percent of iPhones on the planet.

Who has the worst food – Americans or Brits?

A little bit of escapism from James Herriot