OnePlus looks almost certain to unveil its next smartphone in the coming months. In fact, one recent report has suggested the all-new OnePlus 8 could arrive as soon as “late March or April”, which would be a lot earlier than the firm’s typical May launch window.

Although there’s no official confirmation around these timings, OnePlus may have just given you a big reason not to bother waiting the few weeks until the rumoured launch anyway.

The Chinese firm has announced a massive price cut to its OnePlus 7 Pro, dropping the cost of this 2019 flagship to under £600. To make things even more enticing, fans can also spread the cost of the phone over four months with zero percent interest to pay – so you can walk away with the shiny new smartphone without coughing up hundreds at the till today.

This offer is available online at John Lewis and includes the 256GB OnePlus 7 Pro in either Nebula Blue, Mirror Grey, or Almond.

YOU CAN FIND THE DEAL HERE

Or, alternatively, if you want to know more about this device you can also read our full and in-depth OnePlus 7 Pro review here. 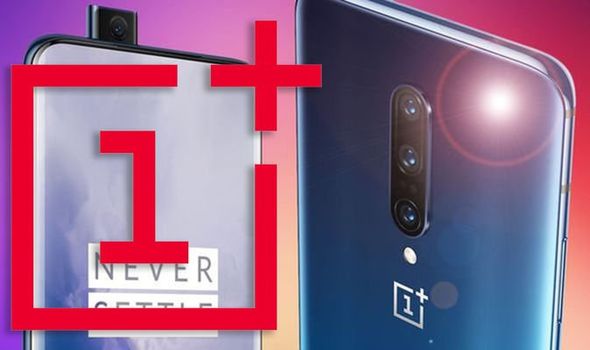 Although this is a great deal, those wanting the ultimate OnePlus flagship might be advised to wait until spring before making their next purchase. After all, the OnePlus 8 could take things to a new level with a faster processor, improved camera, better 120Hz display, and a new design all expected.

For the first time, we could also see OnePlus releasing three devices at the same time including a standard OnePlus 8, along with a OnePlus 8 Pro and OnePlus 8 Lite.

As the names suggest, the OnePlus 8 Pro is expected to be the most premium version of the device, the OnePlus 8 Lite is most likely a lower-end handset with less features but a more wallet-friendly price tag.

Finally, the regular OnePlus 8 is likely to sit somewhere in-between the two. OnePlus has a habit of shaking up the market and 2020 could be another big year.

The Chinese firm has already shown off its Concept One device which features a unique rear camera which is able to disappear.

This has been created using “electrochromic glass” which shifts the shade from dark to transparent to reveal the triple-camera set-up.

As the name suggests, the OnePlus Concept One is purely an idea at the moment with the firm not announcing when it will ever arrive in stores.

Portion of chicken nuggets is as bad for the planet as driving gas-guzzling car 2km, new research reveals

Miracle Brit lad, 8, who nearly drowned in Spanish swimming pool smiles in hospital with chicken nuggets and chips as dad reveals his joy