Home » Technology » Own an Apple iPhone? Why you need to consider selling it this month 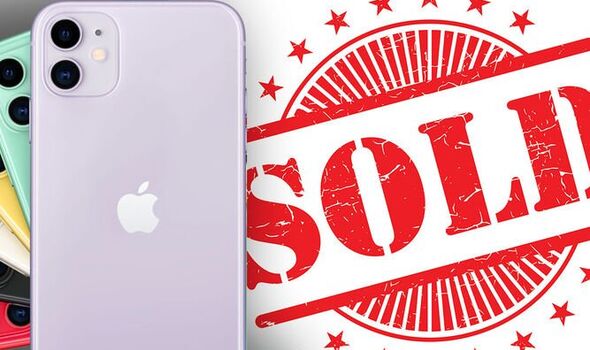 It’s almost September and that means one thing on the yearly technology calendar… Apple is about to launch a new iPhone! The US firm has a long-standing tradition of revealing shiny upgrades in the autumn and 2022 looks set to be no different with rumours rife that an iPhone 14 and iPhone 14 Pro will be revealed at a keynote next month.

Although that’s great news for anyone who is thinking about upgrading their current Apple-powered smartphone it’s not so good for those wanting to make some money by selling what’s already in their pocket.

It’s well known that older devices always lose a bit of value as soon as something fresh is announced and one trade-in site is warning that 2022 could also see current iPhone prices plummet.

SellCell, which offers customers in the US an easy way to get rid of their old devices, says it has analysed data for the iPhone 11 and iPhone 12 with owners getting far less for these call makers once the iPhone 13 was announced last September.

The trade-in site’s data also revealed that while not all iPhone models lost the same percentage value, every one of them saw depreciation during that month.

Anyone thinking of taking delivery of the new iPhone 14 and wants to get the best price for their current Apple smartphone should definitely consider trading in sooner rather than later as the difference in value could be significant.

According to SellCell’s data, iPhone values will plummet the closer we get to the iPhone 14 launch. Once Apple has conducted its annual September unveiling, previous generation iPhone value will drop even further and that could leave owners seriously out of pocket.

Of course, selling your iPhone now when we don’t know what new features are coming to the next generation of Apple devices is a huge risk but it might be one worth taking if you want to the ultimate price for what’s currently in your pocket.

Rumours suggest that the iPhone 14 range could be the first to get rid of the notch. There are also reports that the Pro models will have an always-on screen and feature a new and much faster processor.

Speaking about the data, SellCell said: “At this stage, it is difficult to say how the iPhone 13 (and models before it) will perform when Apple unveils the iPhone 14.

“However, looking at past trends with Apple, SellCell has identified the point at which an iPhone will lose even more of its value, so owners can avoid that value drop if they trade in shrewdly, and don’t hang fire for too long.

“With purchase intent for the iPhone 14 not as dazzling as some may expect, perhaps the iPhone 13 series will remain buoyant and buck the trend we’ve seen in 2021.”

When is The Deceived on Channel 5 and what's it about?

This is why people moved away from major parties