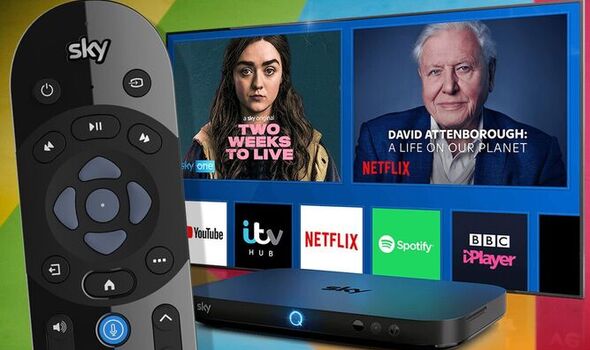 Homes across the UK are getting extra content to watch in pin-sharp High Definition (HD) without paying anything extra for the privilege. That’s all thanks to a big change from ITV with the television network no longer restricting certain channels from free-to-view platforms. From this week, anyone who watches television via a Freesat set-top will now be able to tune into services including ITV2 HD, ITV3 HD and ITV4 HD.

Get lowest EVER prices in Sky Black Friday broadband sale

Sky is offering broadband at its ‘lowest ever price’ for Black Friday. Bills have been slashed across all broadband packages, with prices starting from just £23 per month.

Until now, these channels were only exclusively available to those subscribing to Sky or Virgin Media but that’s all changing.

Anyone with a Freesat box will find the new HD channels have replaced the Standard Definition services that were there before. That means ITV2 HD is now on channel 113, ITV3 HD can be discovered on Channel 115 and Channel 117 is now the home of ITV 4HD.

Sadly, although Freesat is getting access to these channels those with a Freeview box will miss out for now.

That’s because there simply isn’t enough bandwidth to add more HD services to this popular platform. In fact, due to the expansion of 5G mobile technology, Freeview actually lost some space for broadcasts earlier this year.

Because Freesat set-top boxes use a satellite dish to receive content, adding more High Definition channels isn’t so much of an issue.

For those who might be unaware, Freesat is the UK’s subscription-free satellite television platform. It was launched back in 2007 and lets anyone with a TV dish on the side of their house plug-in a Freesat set-top box to access free recordable television combined with the latest streaming services, including catch-up and pay-as-you-go. Freesat boxes arrive with hard drives capable of storing dozens of series in high definition as well as support for the likes of Netflix, Prime Video and Disney+ …offering a very Sky Q-like experience. Except, without the monthly bills.

This latest update from ITV comes as the network has also confirmed the official launch of its new streaming platform called ITVX.

ITVX, will arrive on screens across the UK from December 8 and will offer over 10,000 hours of content for free.

Not only that, but viewers will also be able to binge-watch entire upcoming shows thanks to full series drops. These will often be made available long before the programmes are shown via ITV’s standard terrestrial channels.

Along with box sets, ITVX also promises to launch with 250 feature films which can all be viewed without paying a penny in fees. It’s even been confirmed that, at launch, blockbusters such as all of the Back to the Future movies and the Despicable Me trilogy will be available to stream.

Speaking about the launch ITV’s Chief Executive, Carolyn McCall said: “We’re really excited to launch ITVX, with more content available than ever before, and a whole range of exclusive commissions. ITVX is powered by a significant, streaming-first commissioning budget, and an integrated technology and data platform providing a high quality, and more personalised viewing and advertising experience, that will continue to evolve in 2023 and beyond.”

Tycoon sent 350 workers home for Christmas with no pay

Prince William made his bodyguard pose as a SNIPER